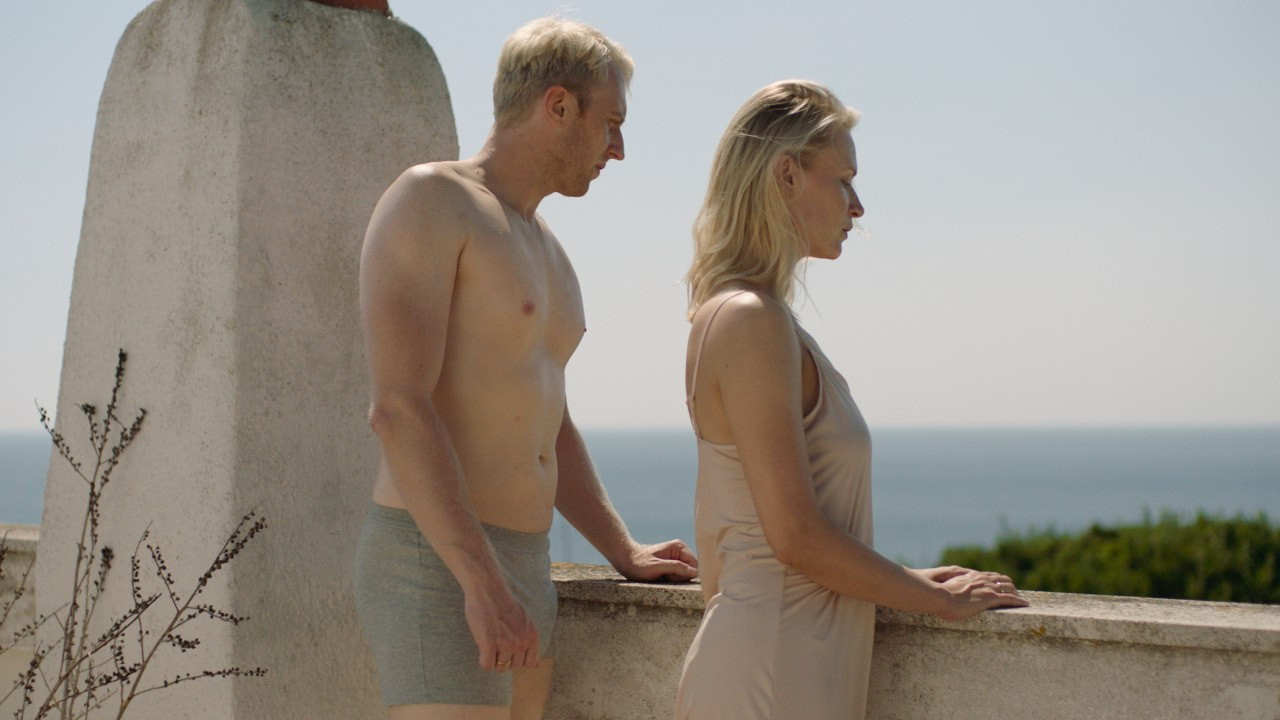 After over a year of lockdown, it seems like cinema is as ready to go on vacation as the general public. Whether Hulu's Vacation Friends, Barb and Star Go to Vista Del Mar or The White Lotus; many films and television shows of recent have transported audiences to exotic and extravagant locations while finding added commentary along the way. Screening as part of the 2021 Toronto International Film Festival, Aga Woszczynska's Silent Land falls into this vein as the film shows a young Polish couple travel Italy for vacation and a series of tragic events and disappointments follow threatening their entire stay.

The observation of the privilege being placed into situations of stress and discomfort where their traditionally protected place of privilege is pushed and dissolved is nothing new. Just earlier this year HBO's The White Lotus had a similar story which turned into a near modern masterpiece of both comedy and poignant social commentary. On the outside, Silent Land has everything a project like this needs in order to succeed. Both Dobromir Dymecki and Agnieszka Zulewska are strong in their portrayal of a loving couple who are trying to keep their stress and anger in check to enjoy their vacation with a chemistry that feels natural and electric.

The visuals of Silent Land are also rather fantastic. Cinematographer Bartosz Swiniarski paints a raw yet beautiful Italian backdrop for the film to play with and spread blood on both literally and figuratively. No matter how dark or upsetting a scene or event might be, the stunning ocean backdrop and Italian backgrounds maintain their sense of majestic beauty which works well to juxtapose the drama of the feature. The actual twists and turns of the feature by Piotr Litwin and Agnieszka Woszczynska are perfect for this type of story with the tragedy being completely avoidable but the blame not being easy to pinpoint. While yes it is a result of the young couple but if it wasn't for the injustice of the homeowner the couple wouldn't have been put in this situation to begin with.

Sadly for the film, the project utterly fails to push this moral complexity or find nuance that film's like this lives or die by. Silent Land struggles to find anything to build off of its solid foundation with becoming a true disappointment overall. There are two sides to stories like this that projects can embrace. The first is comedy but there is nothing funny within Silent Land that plays into the uneasy tension so this immediately goes out the window. This leaves the only worthy identity left is a poignant exploration of a social commentary but there is really nothing of substance for this within the film itself. The setup feels natural for this as these two white people of privilege come on vacation and somewhat directly cause the death of a working-class person of color is automatically rich with thought-provoking ideas and directions one could go.

The film uses none of these however and instead has the audience simply sit with the couple in their pain and forced acceptance of the situation which is about as uninteresting as a story like this could be. Seeing these white people of privilege feel sad is the opposite of captivating or interesting in the modern social climate. It also implies does a disservice to the importance and potential that the film's setup has feeling rather disappointing and quite frankly boring. For a film that has a 113-minute runtime, the film accomplishes shockingly little with the story presented feeling entirely possible to get through in 90ish-minutes instead.

While Silent Land has a rather undeniable setup, the final product has to be seen as a disappointment. There is something thematically rich here but the film never seems interested in finding or exploring that causing the feature to feel hollow and dull.