selena gomez: my mind & me 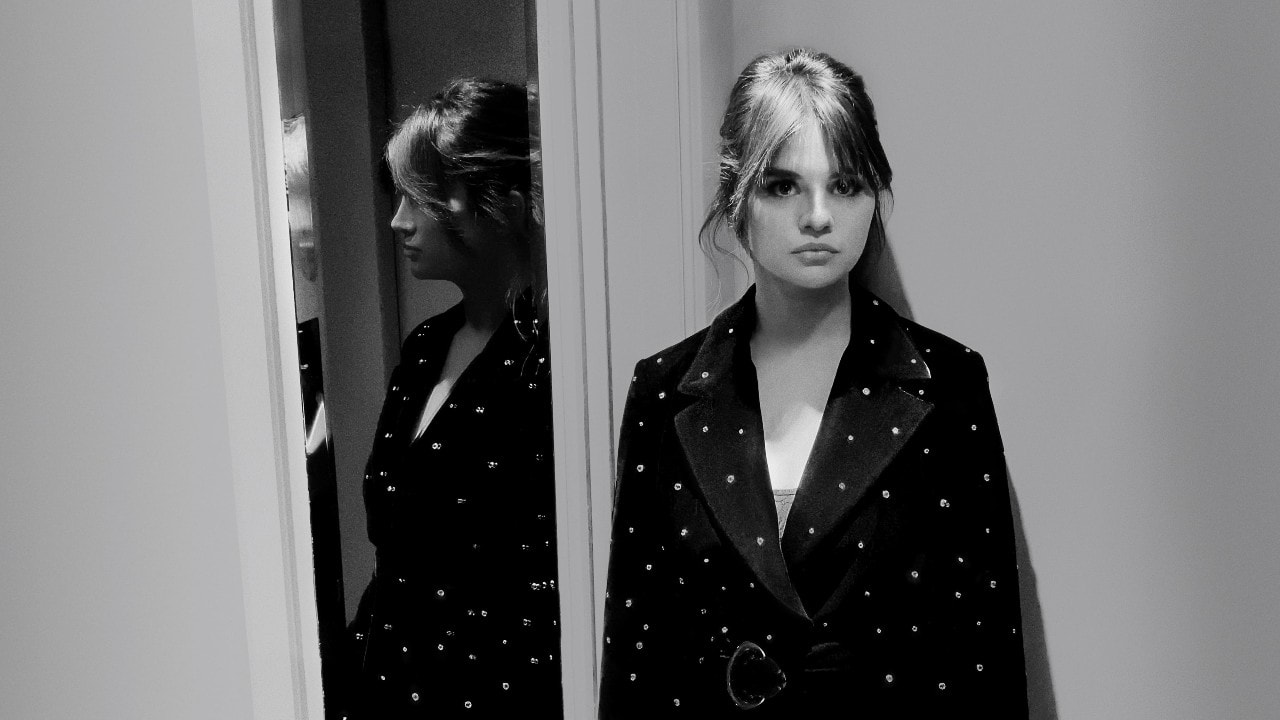 Documentary filmmaking provides platforms for stories of both historic and modern events through a unique cinematic lens unlike anything else. It is only natural that the genre would grow to capture the stars and icons of the zeitgeist with documentary projects being used to capture intimate portraits of who these personalities are behind the scenes. Continuing a career including features on both Madonna and Fergie, Alek Keshishian is back in the documentary genre with Selena Gomez: My Mind & Me. Screening as part of the 2022 AFI Film Festival, Selena Gomez: My Mind & Me peels back the curtain on the artist and specifically her struggles with mental illness during 2019. While the film hits nearly every cliche one can imagine, the film is undeniably effective at crafting an honest and compelling portrait of the artist.

From the opening scene, which features Gomez's process of getting ready for the day including her having to battle exhaustion and remember to take her medication, it is clear that Selena Gomez: My Mind & Me is an incredibly personal and open project. Rather than hiding the struggles and insecurities of Gomez, the film defines itself with these trials. From Gomez still feeling the effects both physically and mentally of her fight against Lupus to her Bipolar disorder diagnoses, the film is an empowering look at how someone can grow and overcome their various fights while also giving space to the scars that still linger in day to day life. This is a rather beautiful message and Gomez stands tall as a worthy role model throughout the project.

The things weighing on Gomez's mind are greater than these physical conditions. While these undeniably define the experience Gomez lives, there is also a deeper sense of identity crisis within her career that is featured throughout the film. Coming off genuine trauma from her days working for Disney and having to hide herself, Gomez is now hungry for authentic expression and making a difference. Gomez is incredibly aware of the worthlessness that much of society buys into and feels frustrated with her role in it. She is forced to juxtapose her experiences as she goes from visiting young students in Kenya to playing emoji games in interviews in London. While it is hard to argue that the film ever finds a clear poignant thesis regarding this divide in society and how celebrities are valued, this conversation is absolutely present within the feature and is a fascinating perspective one could only gain in a project such as this.

While these thematic ponderings within the project are strong, the package in which they are delivered is somewhat lacking at times. The film uses just about every cliche in the musician documentary book with not a single result coming from scenes such as Gomez visiting her old high school or her old house being more impactful than the dozens of other projects to use these ideas. There are some intriguing concepts such as the usage of various diary quotes, but these are few and far between with the film never truly accepting them as being a key piece of its identity. There is also a strange distance for the project that almost entirely takes place in 2019 before the COVID-19 Pandemic. There is nearly no reason thematically why the film had to wait for release until 2022 with the portrait of Gomez feeling somewhat distant from where the artist is today. The poignance of the piece would have been exponentially more impressive had it come out in 2020 or even 2021.

While flawed, it is impossible to say that Selena Gomez: My Mind & Me isn't a success. Personal and authentic, the film is a meaningful capturing of the trials and tribulations Gomez faces behind the scenes. The film touches on some bigger themes and while there is clearly room for growth and development deeper than what the film provides on these topics, their inclusion is still an overall positive. Especially for fans of the artist, Selena Gomez: My Mind & Me will be satisfying and absolutely worthwhile.
Become a Patron!