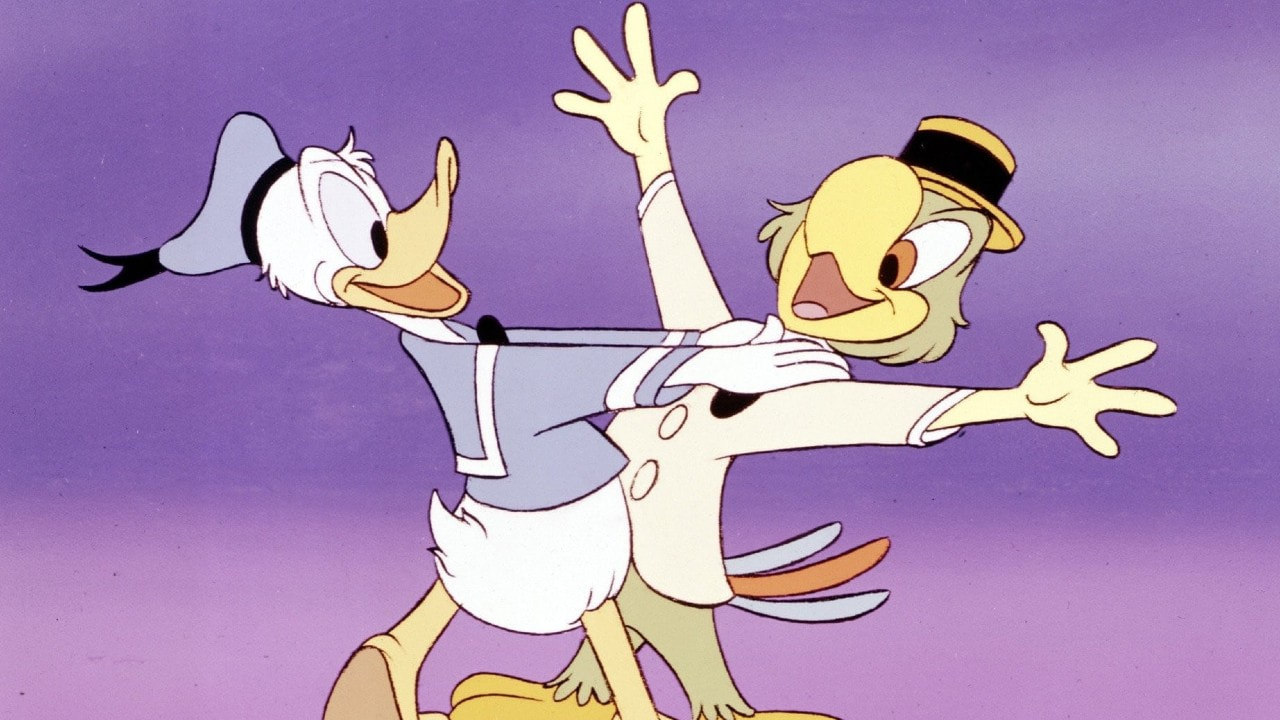 Part of the beauty of cinema is that it allows global perspectives and cultures to be seen and captured in an easily digestible format for audiences around the world. Not only is this apparent to filmmakers, but it also is for governments who can use cinema as a tool for various agendas and ideals. Ahead of the U.S. joining World War II, the United States Department of State looked to use Disney to counter Nazi propaganda in Latin America using cinema which led to the birth of Saludos Amigos. A sort of experimental road-trip film, Saludos Amigos follows a group of animators who travel to South America and capture their findings through small animated shorts. The result is a mixed effort that can struggle to find momentum even if the technical backbone of the film is still as strong as ever.

It goes without saying that the visuals of Saludos Amigos continue Disney's streak of impressive animated efforts. Blending wonderful uses of color and creative transitions to bring these locations to life, it is easy to feel the love and passion being put into these scenes from the animators. This added element of seeing the animators and their processes in turning the real world they experience to animation gives another layer to film's identity and magic. Saludos Amigos acts as a love letter to animation and the brains behind the medium in a sense that is sure to captivate many. Actually seeing the process of drawing these characters and locations not only help educate audiences on what goes into this art form, but it also gives a humanity to the work that isn't often experienced.

The depictions of South American people and culture is also a highlight of the feature. Much of Saludos Amigos is dedicated towards educating society about these societies in a time when there was little representation or understanding of how these people lived or the beauty of the worlds they live in. While there are still the occasional use of stereotypes and problematic outlooks on other cultures, these are rather minimal considering the time the film was produced in and the overall intention does still ring as rather pure. There is a genuine love and respect given to the cultures that these animators come into contact with which helps the film feel authentic and honorable despite its smaller flaws.

The actual animated shorts themselves range in successes. While some are genuinely interesting and entertaining, some are simply not. Multiple of the animated segments go on for way too long and the film does begin to drag at times which is somewhat shocking considering its already short 42-minute runtime. Perhaps the most iconic bit of the film comes from the debut of José Carioca (José do Patrocínio Oliveira) but the biggest highlights come in more of the experimental shorts such as the birth of the jungle with streams and trees literally bleeding onto the white canvas. The weakest shorts are often the extended segments spent with established Disney characters like Goofy (Pinto Colvig) and Donald Duck (Clarence Nash) which can feel like generic Disney comedic shorts rather than something of inspiration or purpose. The shorter runtime is key to help the film still feel overall watchable and had the film even added a mere 20 more minutes there would have been dire consequences for the project.

While Saludos Amigos might not be the most iconic Disney feature and it is far from the best, the film still carries a unique magic and identity that makes it worthwhile to check out at least once. The passion for animation has never been celebrated quite this strongly by Disney and the cultural celebration is something that deserves recognition even if the political purpose behind it demands to be kept in mind.
Become a Patron!