Run with the wind
anime review
​by carson timar

As someone who is a huge fan of sports anime, I was pretty excited for Run With the Wind as there are not that many running animes and even less that are actually good. Production I.G. already has had some major hits in the sports anime genre with shows like Haikyuu!! and Kuroko no Basket so I knew they could create some great sports anime and really wanted for this to be another classic sports anime to continue to push the genre and shine early in the year. 23 episodes later I can say that where this is far from the new Haikyuu!! for example there are things to really like about this anime despite a pretty weak story. 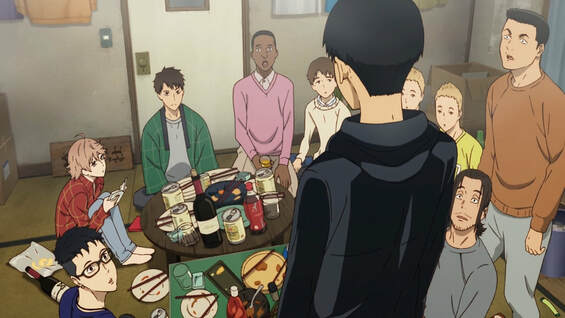 It's not that the story is terrible as especially in premise it does feel pretty unique when compared to most sports anime. Instead of focusing on a young prodigy who is on the verge of being the best this sees a group of guys come together with no previous experience in the sport trying to accomplish something. They want to run the Hakone Ekiden Marathon which is one of the biggest and most difficult marathons for University running clubs. This could have been really disappointing if they were trying to attain some incredible goal such as winning the marathon, but instead, they just want to run the race and up until the later portions of the show most don't even believe that they will make it to the marathon at all. As I mentioned this is an interesting premise and it opens the doors to some really interesting exploration of the characters in this anime. These are not people who have invested their entire lives into a sport or is being forced into this at any time, they all have the choice to leave and move on with their lives but for whatever reason, they stay, and exploring why most of them make that choice proved to be easily the most interesting portion of the plot. Probably because beyond that this show feels extremely empty. Most of these characters interesting choices get explored in a few episodes and at 23 episodes of length, it is not nearly enough to fill all the time they need to fill. They try to fix this by adding some other elements and conflicts into the plot but none of them worked and they were easily the worst part of the show. Specifically, there is a character who runs into people from his past which was so cringy and felt so boring and basic compared to some of the nuanced drama that they explore. Whenever this anime tries to have basic sports anime drama it completely falls apart considering it is built on such a weak foundation with its plot. 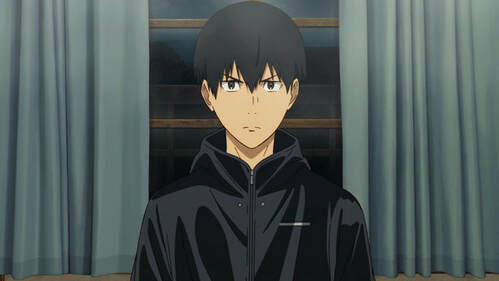 The main thing holding this anime together though and easily the most notable aspect of this anime is its characters. Not just because of the smaller exploration of their morals and decision to stay in the running club but also due to just how much fun they all are. As I mentioned this anime doesn't have the plot to keep the audience invested so it comes down to these characters to keep the audience tuning back in week after week and for me personally the characters are good enough to succeed at this. Sure most at first feel pretty cliched but as the anime goes on and they bounce off of each other I can't help but say that they were a ton of fun. The comedy is fast paced and builds naturally off of these characters charisma. I liked being around these characters and it was the only thing keeping me going especially early on. Really if this anime is going to work for you works on how much these characters will entertain you and keep you engaged. It is also nice to see these characters grow and better themselves as the show goes on and they get closer and closer to Hakone though I felt pretty disappointed towards the end as the majority of their growth is portrayed in a montage rather than actually showing the growth itself. It's not that they should have had more episodes as there is no way the charisma that this show has could sustain more episodes considering it runs thin by the end of 23 episodes, but they could have used those episodes most efficiently. Maybe this is the reason that the end feels pretty unjustified and even distractingly unrealistic. As I mentioned they are not going for something overly crazy like getting 1st place in the race but the fact that they were able to compete with the other teams at all felt really unrealistic and fictional to the point where it was distracting at times.
Overall Run with the Wind is in no way the next classic sports anime, it lacks a deep narrative and the weaker one it pushed only works for so long. The characters and their dynamics are what makes this show worth watching as they are legitimately tons of fun and really connected to me with their natural charisma. Also if you are a fan of sports anime I would recommend you check this out also for the unique set up and different approach, just don't expect anything too amazing as far as the plot or journey that they go on.