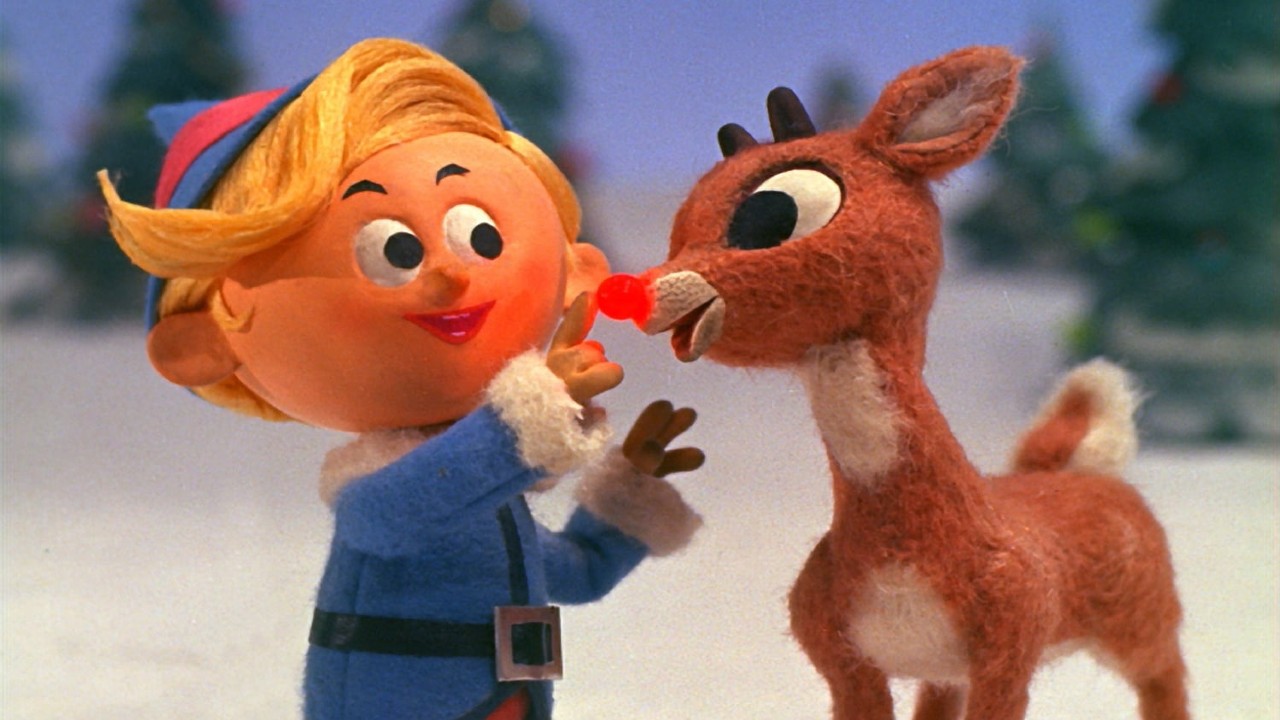 Since 1964, Larry Roemer's Rudolph the Red-Nosed Reindeer has become a staple of the holiday season with the stop motion film even taking the title of the longest continuously running Christmas TV special in history. Based on 1949 song of the same name which itself is based on the 1939 book of the same name, Rudolph the Red-Nosed Reindeer tells the story of its titular character as he finds himself following being outcasted and bullied and finds his place in the world even being the one responsible for saving Christmas one especially stormy year. While the icon status of the film is undeniable, is the film worthy of the attention it gets on an annual basis?

To start, it is worthy to look at how the film itself starts. Rather than with Santa or any of the reindeer, the viewer is welcomed by Sam the Snowman (Burl Ives) who serves as the narrator for the film. Instead of setting up the world or explaining any of the lore, Sam immediately grabs the audience and pulls them into the story. He speaks directly to the audience and acts as they themselves have lived through the world of Rudolph. He reminisces not at, but with the viewer about the snowstorm from a few years ago and addresses an unspoken concern from the viewer that Santa won't be fat enough for Christmas. While obviously most effective for younger audience members, this immediate engagement is noticeably helpful in getting the audience to not just engage with the film but also buy into its world. Even if one didn't live through a major blizzard a few years back or wasn't worried about Santa, the film almost tricks them into believing they did or at least feeling as if they did. It is a cinematic form of gaslighting that is rarely seen but is done quite effectively here.

From there the film gets into the story of Rudolph where things start to become shaky. While the ties of nostalgia will more than likely be enough to make up for much of the narrative faults, the conflict throughout the film still feels rather laughable. While the emotions and messages are clearly in the right place, there is something so childish about the reaction to Rudolph's nose that almost feels a bit too cheesy. Even Santa shuns him and yells that his father should be ashamed of himself while his teacher laughs with the kids about excluding him from the reindeer games. These are iconic moments and yes the film is not trying to be anything super dark or serious but for something as little as a glowing nose it just feels distractingly ridiculous. Maybe if the key thing about Rudolph was larger this large reaction would work, but as of now, it does clearly feel off while watching the feature.

Jumping around, the conclusion to the story when it comes to a message of acceptance also hasn't aged that well. This ultimately isn't a story of true acceptance but rather acceptance only when it benefits both parties. Rudolph wouldn't have been accepted if it wasn't for his nose being the only option to deliver presents that Christmas. Again, it is fair to point out that the film is trying to just be more of a dumb Christmas film but it still is content with a social message so it should be able to be judged and analyzed to some degree. If there is one piece of the film that really does help make these moments work it is the voice performance by Billie Mae Richards who is absolutely charming as Rudolph. You can feel his hurt and sadness and maybe it is just nostalgia talking but to this day this remains one of the more impressive vocal performances from any of these classics.

Luckily, while the actual emotions of Rudolph the Red-Nosed Reindeer might not be that much of a standout, the comedy is. The film defines itself with absurdist humor that to this day gets an audible laugh. The idea of an elf that wants to be a dentist for example is so random that it might just be genius. While characters and moments often feel like the result of a holiday mad libs, the film plays it so casually and authentically that it works incredibly well. There are also just countless small things like the forest being made of Christmas trees that are just genius and to this day feel like some of the most fun takes on what one can do with this Christmas iconography.

The character designs are also incredibly fun. Being made in 1964, animation was obviously still in the early steps of development which is both a positive and negative for the film. While there does feel like a true sense of freedom in how the film is able to bring these characters and worlds to life due to having limited examples from the past to pull from, the actual quality of the movement is incredibly dated. The film is choppy and distractingly ugly at points which is a shame. While yes it is overall excusable considering the time it was made in, even with nostalgia working in its favor it just is distracting.

Rudolph the Red-Nosed Reindeer might not be the best holiday special but why it has become iconic is rather clear. The humor is fantastic and while the narrative might have its faults, the message is obvious and is enough to make the film feel like it means something even if the execution is rather poor. While in a vacuum this might not be enough to fully make the film work, when spending time with family over the holidays this is completely acceptable and it makes sense why so many have been able to overlook these faults for so long. Unless something massive happens, chances are that even more generations will be overlooking these faults for many more years to come.