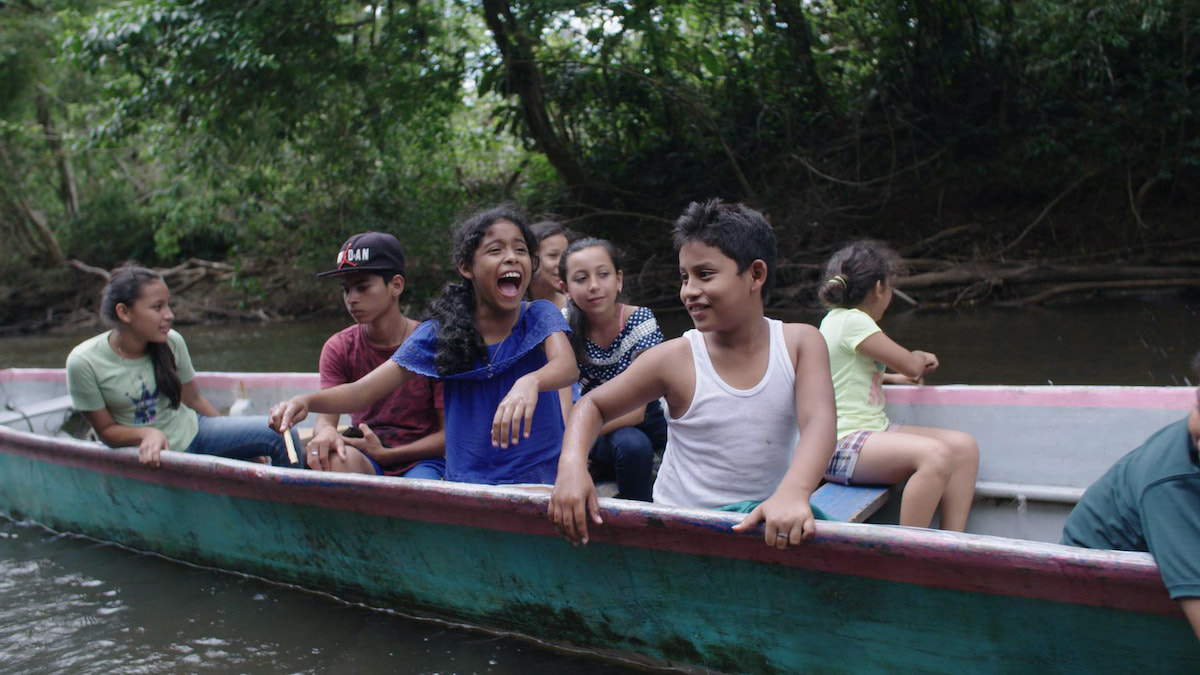 For centuries humanity has dreamed about connecting the Pacific and Atlantic Oceans through an interoceanic canal but until recently this was more of a dream than a reality. After so many failed attempts it finally seemed like these dreams would be achieved however as a Chinese Businessman has created a plan to get it done promising growth not just internationally but also for the local community. Where on paper this seems to be beneficial to all parties, the people of a small Nicaraguan village are not so sold. Not only have they been failed time and time again by similar promises but they have seen their country slowly change in some devastating ways. Where Julie Schroell's feature directorial debut River Tales finds multiple perspectives, the main focus is on a young teacher named Yemn who is helping a young group of students create a play about this and the struggles that lay within the core consciousness of their town.

This raw and complex perspective found within River Tales is easily the biggest highlight of the film. Naturally finding a blend of history and modern ideals, the film will serve as an engaging and eye opening even to those not already familiar with Nicaraguan history. Even for those who don't have a connection to the country, the film wisely will speak to universal audiences through its use of desperation specifically within children. Where the country as a whole is in pain from unlived dreams and unreached potential, the children are the ones who perhaps are in the most tragic situation of them all. Ultimately powerless to the continued outside issues plaguing their community, there only hope can be escape for an education and better life. Even if there families might lack the resources and money for this, these kids can't bare to let go of their dreams or think in realistic terms very similar to some in the village who hold onto the idea of this new canal.

Where this tragedy is largely found within the film's fly on the wall approach to filmmaking, there are points where the film easily could have elevated its material that ultimately are skipped. Where the film's 82-minute runtime is easily watchable and provides meaningful substance, it is clear that the film could have taken the next step to be even more powerful. Possibly the biggest shame is that the film lacks in voices who have lived in Nicaragua and directly have experienced the vicious cycle the country has been trapped in. Where there are a few voices here and there, the audience never truly gets to know any of them or hear directly from their souls like they do with the children. The runtime is short enough that this could have been added and the film still wouldn't be overly long. The film also both benefits and is hurt by how small in size it is when it comes to perspective. Focusing on the people in this small town is good in the sense that it really lets the audience get to know this community and the deeper personality and identity it holds, but then the film drops a bomb on the audience in the form of on screen text at the very end which completely recontextualizes the size of this issue. The ending of the film almost serves as an unintentional cliff hanger, making the audience aware of the intriguing and groundbreaking next piece of the story but the film simply ends at this point rather than continuing on covering these developments. Where this isn't enough to trivialize the film to come before this, it is undeniably frustrating as a conclusion.

Still with what the film is, River Tales is quite a solid documentary. Where it might not be the best film of the year, it is an eye opening documentary that has a craft and personality that is not always found in the genre. The cinematography from Frank Pineda is memorable and as a debut directorial effort, this is quite impressive for Julie Schroell. Even for those not knowledgeable about the subject, not only is the film easy to understand but it carries a thematic weight that can translate to universal audiences; especially for those who feel powerless and frustrated with political and social ideas of the past coming back into the mainstream picture. River Tales has been announced as Luxembourg's official submission for the Best International Feature category at the 2021 Oscars, so make sure to give it a watch if you get the chance!
​