The Changing of the times: 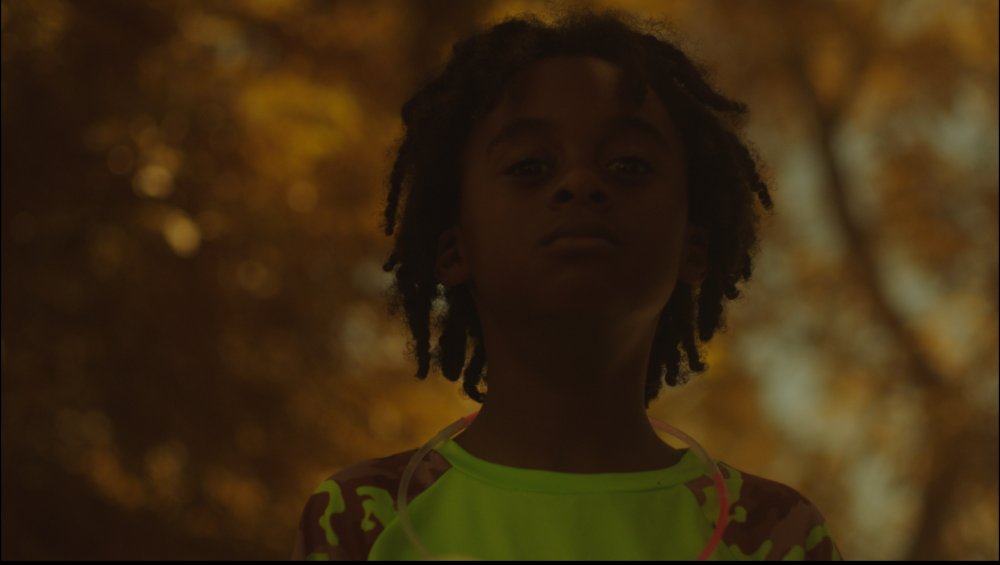 Within the idea of revamping lower income communities to improve them, a nuanced issue of gentrification has come to light. Instead of bringing the community together, outside forces can not only get rid of the identity within a community but push those who have lived there for generations out. Merawi Gerima's Residue is now streaming on Netflix, and looks at this issue following a young man named Jay (Obinna Nwachukwu) who returns to the community he grew up in to make a film documenting the world he experienced as a child only to have to accept the ways it have changed both from external and internal forces.
Within Residue is a clear emotional backbone which is often haunting. Not just is the film a painful reminder of the life and community lost due to gentrification, but on a larger level the film finds thematic weight in the natural loss of the past as communities grow and change. Jay wants to jump in right where he left off yet has to quickly come to terms that even outside of the external forces that force change onto his community, there are natural consequences to the passing of time with social dynamics and specifics naturally changing and evolving. No matter what, life rolls on and change is inevitable which can be scary and haunting, as apparent within Residue. This emotion is also masterfully captured in the lead performance from Obinna Nwachukwu who is making an incredibly impressive feature debut with his role in the film.

​The editing within the film is a mixed bag, both providing some of the films highest of highs and lowest of lows. When the film embraces subtle and quiet editing, the results can be devastating for the audience. There are multiple genius uses of silence and extended shots, allowing the audience to wallow in its emotion. When mixed with the gorgeous cinematography from Mark Jeevaratnam, Residue clearly has an artistry to it that often connects with the audience on a deep level. Yet this quiet and meditative approach to storytelling only makes up part of the identity within Residue. The film often trades this subtly in for over the top visual and audio representations of change and the chaos which brings flashing to imagery of protests and using camera effects like tunnel vision. This side of the film's editing is not just jarring but drastically less effective than its more subtle side, feeling contrived and forced rather than mature and natural.

This contradiction of subtly and bold expression ultimately holds the film back from being a full on masterpiece. The film is constantly warring with itself on what voice it wants to have which stops it from fully expressing its thesis in a meaningful manner. Residue is a film that constantly feels like it is on the verge of making a breakthrough only to never make that next step up. When put into the context of the film being Merawi Gerima's debut as a director, screenwriter, editor, and producer; the inconsistent storytelling and style starts to add up.

​Even if the film isn't a masterpiece, there is undeniably a strong voice within the film and as Gerima finds more and more experience, he easily could become an incredibly powerful voice and coming out of Residue remains an exciting filmmaker to watch and keep track of. Where Residue isn't the cleanest film of the year, it is without a doubt powerful and worth checking out for anyone who has a Netflix subscription.