the point of no return:
​
reflection ​movie review
​
​by carson timar 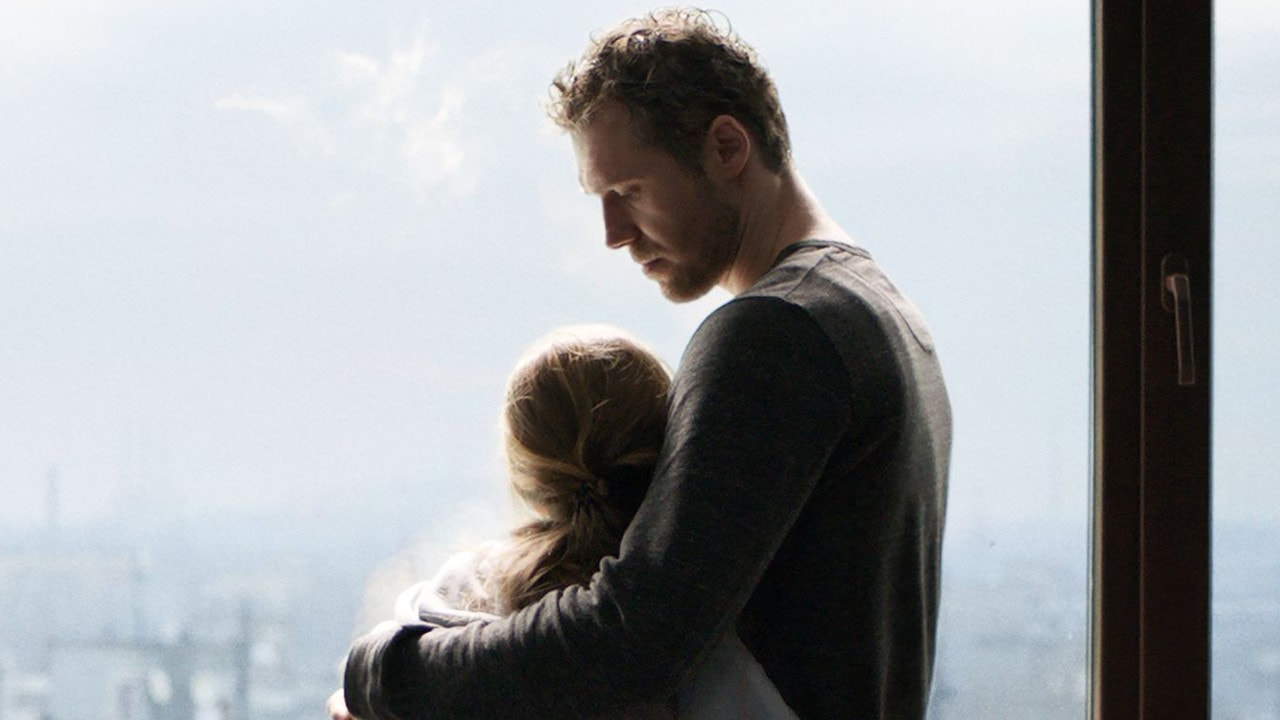 Screening as part of the 2021 Venice International Film Festival, Valentyn Vasyanovych's Reflection serves as a poignant and haunting look at the suffering and long-term trauma of modern-day conflict. Following up Vasyanovych's 2019 breakout hit Atlantis, Reflection takes viewers into the horrors of the real-life Russo-Ukrainian War when a doctor named Serhiy (Roman Lutskyi) is captured and tortured before having to return to his old life and find a path forward past the pain he has endured.

Reflection can be split into 3 different sections. The first is a prelude of sorts to the violence that is to come. With conflict increasing around them, the film gives both its characters and audience one last moment to breathe and enjoy the innocent normality of life for all of its joys and flaws. It allows the audience to get to know the characters and sit with their relationships and drama, not allowing their relationship to the audience to be defined by the violence just around the corner. This maintains for around 20-minutes before things both figuratively and literally get turned upside down.

The next 40-ish minutes are torture for both the audience and Serhiy. Seeing this character who the audience has grown to know on a deeply personal level get slowly and methodically beat down is obviously upsetting but the style of the film offers no escape. It is equally slow and methodical in presentation as the film employs countless long shots that can go unbroken for minutes at a time. The film is forcing the audience to sit with its pain and torture. This creates an uncomfortable and off-putting viewing experience but it clearly is what the subject demands and deserves. For those suffering from similar conflicts across the globe, there is no ability to escape or edit around the suffering and cinema that offers these luxuries are ultimately doing a disservice to the subject. It isn't fun, but films about violence and torture shouldn't be fun.

The final hour of the film finds the fresh yet poignant perspective of Serhiy returning home. While on the outside things haven't changed that much with the iconography and faces being relativity the same, on the inside everything has changed. The last 40-minutes of pain and suffering has recontextualized every element of life and every emotion of casual human existence. As Serhiy attempts to rebuild his life and relationships, the scars and trauma complicate things and it is clear that there is no returning to the innocence of before. This is the section of the film where Roman Lutskyi shines the brightest giving a raw and harrowing expression of pure emotion. He is brooding and layered in a way that feels so authentic and natural that it is almost scary.

The technical craft of the film is also stunning. Not just is the editing by Valentyn Vasyanovych highly crafted and throughout but the shot composition and cinematography also coming from Vasyanovych is strong enough to stand by the works of Wes Anderson. With a clear vision of what he wants this project to not just look like but also subconsciously feel like, Vasyanovych adds a sense of artistry to the project with every frame being centered and focused in a rather disturbing manner. The sound work in the film by Serhiy Stepansky is also rather standout with a controlled sensation of overwhelming and abruptness being felt throughout the audio work in the best of ways. From guns firing to metal doors slamming shut with the echos bouncing down dark hallways, it is hard not to get sucked into the project due to each piece of its technical ability and overall it does elevate the project.

While Reflection is in no way enjoyable, it is a film that demands to be seen. While the slower style and more torturous viewing experience will undeniably be off-putting for plenty of audiences, the film provides an important and poignant final message that will stick with audience members long after the runtime ends. This all comes together to make Reflection one of the most impactful films of the year so far.