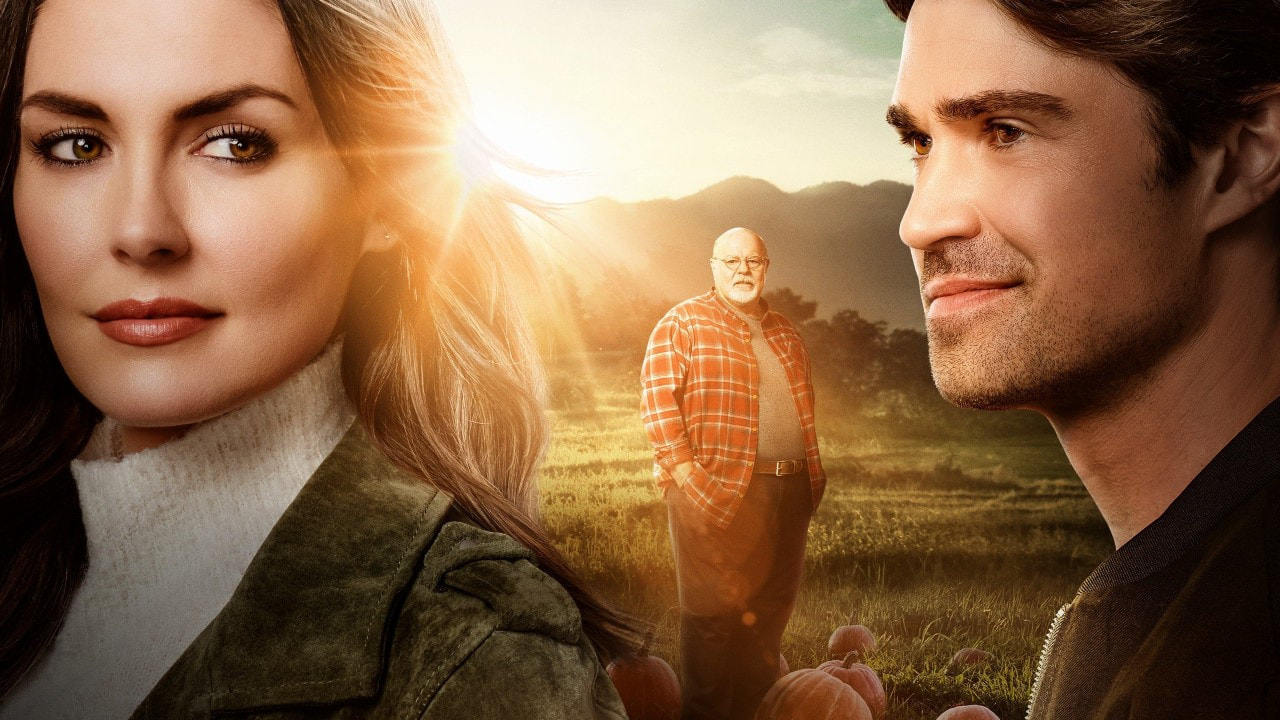 When it comes to holiday features, The Hallmark Channel is king. With almost weekly releases providing a non-stop display of seasonal stories, Hallmark is unlike any other. Cut to the 2022 fall season and Hallmark is predictably neck-deep in the road to Halloween with fall treats coming one after the other. One of their offerings this season is Jeff Beesley's Pumpkin Everything. Blending a narrative about the fears and struggles of growing old with the societal tradition to make everything pumpkin themed during the fall, Pumpkin Everything is a surprisingly competent and decent feature that goes far above and beyond what a Hallmark Original really needs to be.

One cannot look at Pumpkin Everything without noticing the pumpkin. Seemingly the number one reason the feature got made at all, the pumpkin identity takes over both the iconography and plot of the film. From the very first scene which sees the aging and stubborn Tom (Michael Ironside) accidentally crash his vehicle into a coffee shop where he was getting his first Pumpkin Spice Latte of the year, the film's love for pumpkin theming only grows as it is revealed that Tom runs an entire store dedicated to pumpkin themed goodies. In this fall identity, the film works rather well with Hallmark clearly having how to create holiday and seasonal vibes down to a science. It is probable that the vast majority of those seeking out Pumpkin Everything are doing so to have a lighter experience to celebrate the fall atmosphere and it feels clear that the film will accomplish this goal flawlessly. Yet, beyond this charming exterior something deeper is growing this harvest season.

While Hallmark Originals might often get burdened with cliches that declare the projects as hollow and ultimately cheap, Pumpkin Forever rejects these claims and works towards making an experience a bit more meaningful. While still ultimately a rather clean and basic feature, Pumpkin Forever carries an emotional backbone in regards to aging. It is Tom's growing age and growing number of accidents that bring his granddaughter Amy (Taylor Cole) back to her hometown to help sort things out moving forward. While this plot is nothing more than a faded shadow of what projects like The Father have been able to accomplish with this concept, there is an unmissable venom and weight to this narrative that might just catch some off-guard. The fears of both seeing loved ones grow into shadows of themselves as they age and going through that experience personally is one that is rather raw and real for many out there and Pumpkin Everything creates an incredibly digestible take on this that doesn't feel overly minimizing.

This is largely thanks to the performance from Ironside who is the obvious MVP for the project. Both incredibly charismatic and quietly fearful, Ironside crafts a legitimately talented performance that is effective. While he still has a great personality to him, the audience can recognize that something is off which is only further validated by Amy's perspective. Even though the audience has never met Tom, the film successfully creates a feeling of a relationship that is slipping away to time. This is needed as the cast around Ironside is lacking. While Cole and Corey Sevier are aggressively average when it comes to performance, their arc and love story is meaningless and is easily the flattest part of the film when it comes to engagement. Not just is the plot predictable, but it is tired and takes away from the entire feature around it. This is the clearest part of the film that reminds the audience that they are still watching a Hallmark Original and are going to have to sit through the cliches, even if there is also inspiration found on the outskirts.

While Pumpkin Everything is far from being great, for a Hallmark Original the film is surprisingly strong. Successfully celebrating a fall atmosphere while also managing to craft a story with some notable emotional beats and ideas, Pumpkin Everything comes together to be a respectable and above average seasonal film that feels deserving of a better fate than being completely lost to the non-stop Hallmark machine.
Become a Patron!