Will you keep it?: 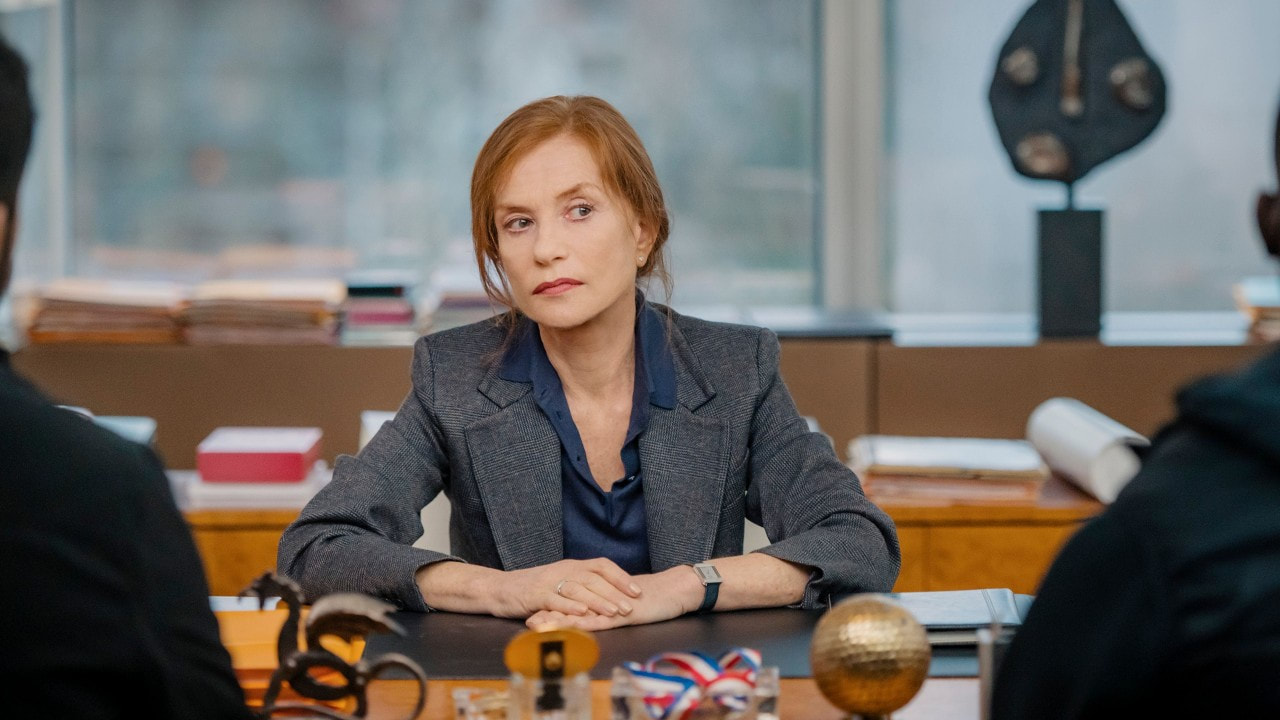 Over the past few decades, the world of politics has increasingly become more and more of a game of strategy than morals. On a global level, to gain power means keeping a complex network of support and finances happy and safe. Screening as part of the 2021 Venice International Film Festival, Thomas Kruithof's Promises looks at what happens when politicians have to be torn between morals and success. Clémence (Isabelle Huppert) has gained the respect and support of her community as her role of Mayor of Parisian suburbs however her community still begs for support when a crisis regarding local housing emerges. In her final year of the job, Clémence wants to fix this issue but when an opportunity for a major jump up in position comes along, she has to decide what path to focus on and where her priorities lay.

While the conversation of the complexity of the political game both morally and logistically might not be new, Promises is a rather effective look at it mainly due to the characters involved. Not feeling like props for propaganda, the character of Clémence truly feels passionate and empathetic largely due to the work of Isabelle Huppert. While Huppert can give award-worthy performances in her sleep, it never ruins the impact her work has with Promises being a clear example of this. It is impossible not to feel the inner conflict and drama of her character and hope she takes the right path even when it isn't clear what that is. Reda Kateb is also stunning in this sense as his character tries to help Clémence but never seems to quite find how is best to fill this role. These two and their relationship is largely the heart and soul of the film giving it the personality and humanity needed for a drama of this subject.

The story itself also overall shines. The weight and desperation from the community add a legitimate level of stakes to the project that is able to hook audiences and make them invested in whatever the outcome might be. This helps as at times, the film can feel a bit dry. With a complex network of relationships and plenty of political jargon, audience members easily could have a hard time not just understanding the plot of the film but also simply caring about what is going on. If it wasn't for those deeper emotions that shine through, it feels like the film might even be a total misfire but this brings it all together into a package that is overall captivating and emotionally rewarding.

From a technical standpoint, the film is also strong. While the more modern setting might not allow for much as far as passion within the production design, the cinematography from Alex Lamarque does it best to keep the film visually interesting and feels above average overall. The editing by Jean-Baptiste Beaudoin is also a key piece of the puzzle especially as the film jumps between various focuses and individuals. It has to not just engage the audience but also keep the plot understandable and accessible which it does with confidence.

Promises might not be revolutionary but is clearly one of the better political dramas of the year. With a substantial heart and emotional weight, the film engages the audience on a deeper more personal level that helps drastically when it comes to getting the audience to care about the feature. Both leaving the audience with a worthwhile character drama and larger message in how to evaluate real-life politics and politicians, the film is clearly worth checking out and is one of the first big successes to come from the 2021 Venice International Film Festival so far.