the hunter becomes the hunted: 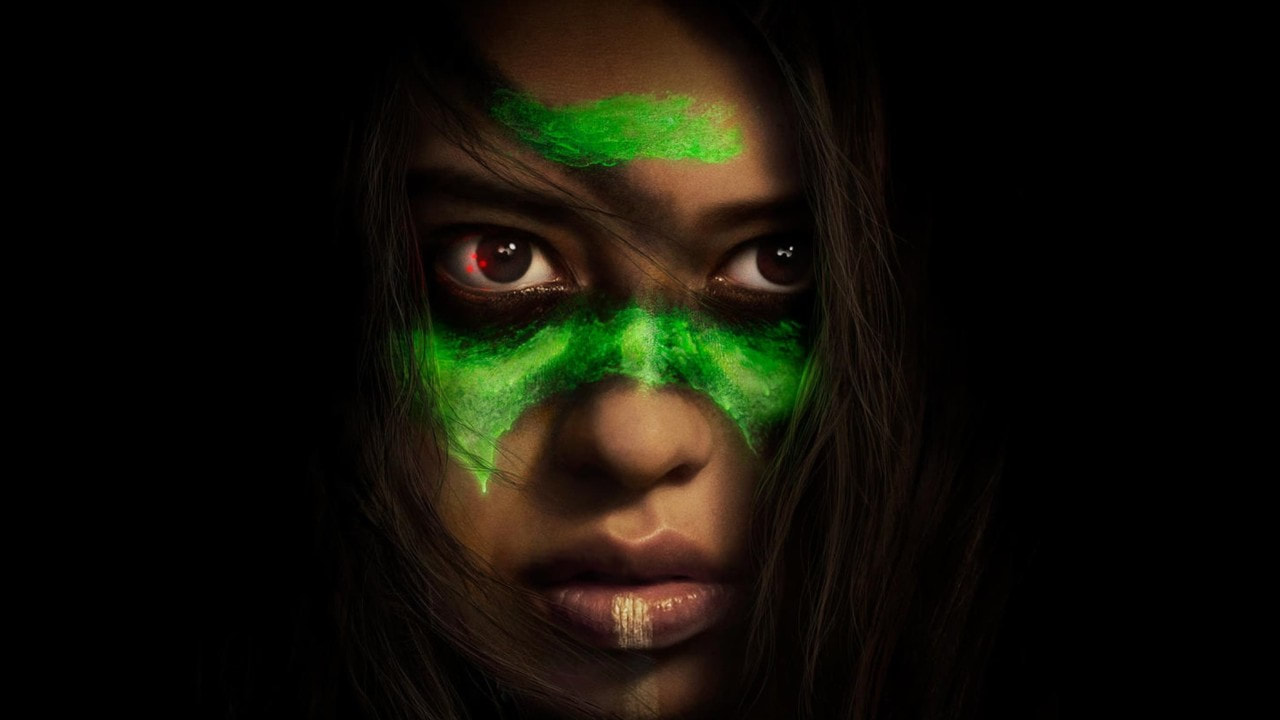 Since the original 1987 film, the Predator franchise has long struggled when it comes to identity and momentum. Drawn out with decades between projects, the franchise has seen disappointing sequels and crossover events that has ultimately failed to build the traditional narrative one would expect from a horror franchise. Continuing this tradition is Prey. Serving as a prequel to the other Predator films by taking place in the Comanche Nation in 1717, Prey sees a young girl named Naru (Amber Midthunder) attempt to break down walls and become a warrior for her tribe. While many look down at her and expect her to fail, Naru presses through and desperately looks for a way to prove herself. The ultimate challenge comes for her as the Predator (Dane DiLiegro) touches down on Earth and begins killing. With director Dan Trachtenberg giving his feature sophomore effort after 10 Cloverfield Lane, Prey is a thrilling and intense action film that stands tall as the best of the Predator franchise to date!

When it comes to the development of a franchise, one of the key requirements is an evolution of style and setting. Simply giving the same product time and time again is a recipe for bordem and dullness. Prey wisely takes the Predator concept and transports it to a completely new setting to give a final film that feels fresh and new. Prey is a grounded action film with brutal physicality that doesn't have guns or bombs. The film does an excellent job of embracing the raw physicality of the earth and the handheld weapons used in the period the film is set in. The film looks great with the forest aesthetic being well realized, and also fresh for the franchise it belongs to. It is exciting to see how the Predator will react to this setting and react to this new style of combat.

The perspective is also simplified with the character arc of Naru being clean and well-structured. At the heart of Prey is the story of a girl trying to prove herself and defy those who attempt to reduce her. Her heart is pure and while she might not always succeed, she is always going to try her best. This is a very natural and easily digestible character whose story is enhanced when it comes into contact with an epic challenge like the Predator. The film requires no understanding or knowledge of the franchise it belongs to for audiences to comprehend what is happening and instead, focuses on building a compelling story within the confines of the film's own 99-minute runtime.

This result is clearly a product of director Dan Trachtenberg. With his previous effort, 10 Cloverfield Lane, also giving an insanely rewarding focused story set in the world of a larger franchise being built, Trachtenberg has shown a strong eye for finding compelling stories of human endeavor that stand on their own without ever negating or ignoring the larger context of the project. His efforts when it comes to directing tension and drama are unmatched and in a time where so many franchises are struggling to create compelling identities and angles, the specialness of Trachtenberg is undeniable.

It only helps Trachtenberg that nearly individual working on the film is giving a fantastic effort. Even with the film heading straight to streaming, no one gives a mediocre effort. Behind the camera, both the cinematography by Jeff Cutter and the editing from Claudia Castello and Angela M. Catanzaro are wonderful while the score by Sarah Schachner is wickedly effective. In front of the camera, Amber Midthunder continues to impress with a leading role filled with personality and compelling emotion.

Being a Predator film, Prey is of course going to have much of its audience desperate for action, which again the film overperforms on. While the simplified style of the grounded physical fights helps the film tremendously to stand out and impress in combat, the film also wisely knows how to enhance scenes to make them feel like the next level of epic. From smart uses of vibrant colors to the pacing, the film crafts an excellent action identity that is sure to please audiences looking for their share of blood.

In nearly every sense, Prey is an absolute success. Consistent with both intense action and compelling drama, Prey is satisfying and exciting with Dan Trachtenberg proving his worth once again. Widely available on Hulu, Prey is an easy recommendation for anyone in the need of a great action feature.