when you wish upon a star: 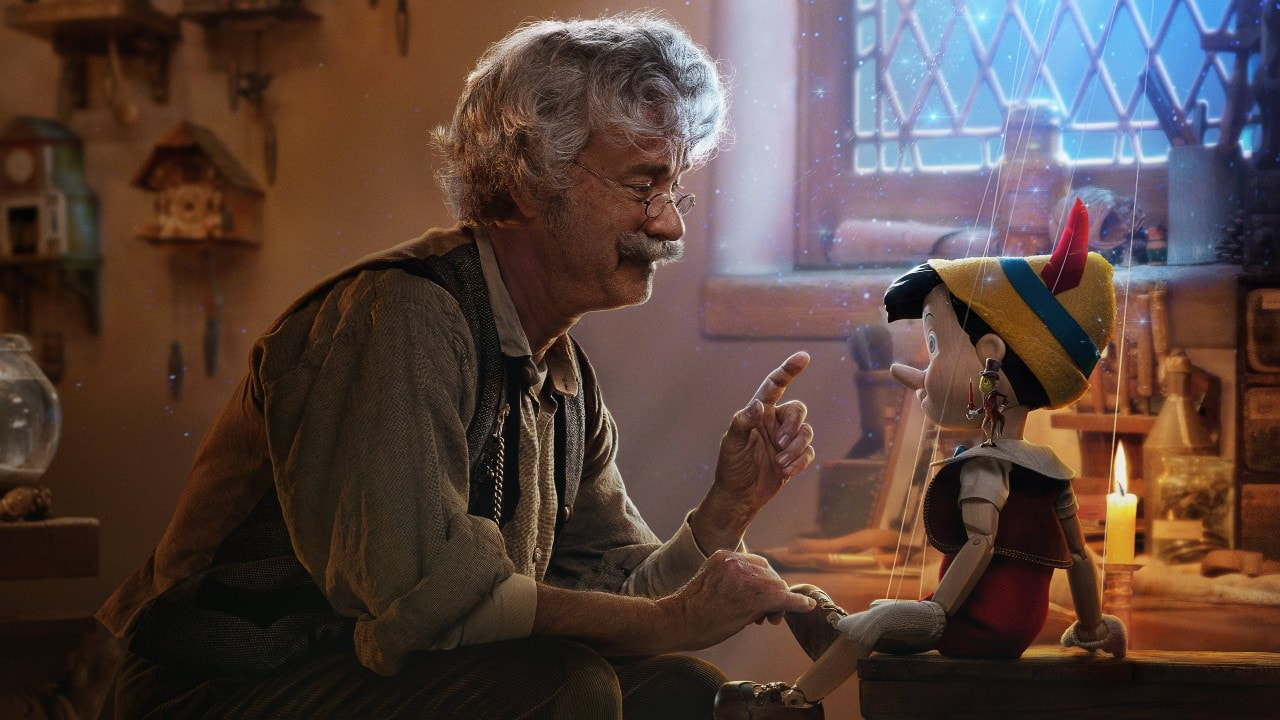 When one looks back at the modern era of Disney, a defining concept is going to be the Disney live-action remakes. While Disney has never hid from remaking their animated classics, the concept really took off after 2015's Cinderella. Since then, almost every major animated property has been touched with the newest being Pinocchio. Directed by Robert Zemeckis and being released as a Disney+ exclusive for Disney+ Day, the film tells the classic story of Pinocchio, voiced here by Benjamin Evan Ainsworth, who is brought to life and has to navigate the dangerous world alongside his consciousness, a cricket named Jiminy Cricket (Joseph Gordon-Levitt); Pinocchio suffers from all the faults of the original animated feature.

As with many of the recent Disney remakes, the immediate concern comes from the visuals. Disney has recently decided to not only bring these stories to the world of live-action, but also change the designs drastically to be as realistic as possible. This has led to frustrating results but luckily this is one area where Pinocchio hardly struggles at all. By simply keeping the designs from the animated film, minus a few small changes like turning Monstro into a more complex monster than just a big whale, Pinocchio finds a visual style that is easy for the audience to enjoy. Outside of some unsettling moments towards the start, Pinocchio himself looks fantastic and Ainsworth is perfect for the role.

While sure this live action world does naturally lose some of the charm of the original film, it has one area where it especially shines: Pleasure Island. Pleasure Island is brought to live in spectacular fashion as one of the most visually strong locations seen in any of the Disney live action remakes. This sequence was terrifying in the original film and warnings must go out that it is even more haunting in the remake. Seeing a real live boy get turned into a donkey as he is pleading for his life is beyond disturbing and parents should know that after a viewing of this, there is bound to be some brutal nightmares.

Sadly, this is where the film's success really begins to stop. Narratively, Pinocchio has always been one of the weaker Disney outings. With a disjointed story that speaks more to the layout of a series rather than feature film, the story has always struggled to hold the audience's attention and give satisfying conclusions for its various arcs. While these Disney live-action remakes haven't drastically changed many of the stories, it has seen meaningful changes to the likes of the iconic Beauty and the Beast, The Jungle Book, and Cinderella. To have the balls to change those narratives but not Pinocchio is beyond questionable. Even more present due to the lack of animation, the story is at times hard to sit through with a frustrating lack of direction and follow-through. The individual conclusions to the adventures Pinocchio finds himself on all feel rather rushed, and overall this continues to be the biggest flaw within the story.

Another strange element of the film is Tom Hanks. Playing Geppetto, Hanks gives an incredibly somber and almost tragic rendition of Geppetto that focuses on his sad desire to have a child. While this has always been a major part of the character, in the animated film he is presented as being much more joyful and charismatic. Hanks is almost depressingly sorrowful here which means that yet another part of the film that provided joy has been taken away. It also doesn't help that Figaro and Cleo have been completely ignored and shoved to the background. These two were never the focus of the 1940 film, but they were two of the most enjoyable parts and they helped flesh out the makeshift family that Pinocchio belonged to. This family unit and warmth is sadly missing from the film and only further hurts the film's narrative.

While Pinocchio might be one of the more respectable Disney remakes, the final product is competent at best. Outside of the stellar Pleasure Island segment, this is a really dull feature that takes all the problems of the original film and makes them stand out even more. While not a disaster like some of Zemeckis' other recent projects, there is a reason this is getting dumped onto Disney+ rather than being given a full theatrical release.