i don't want to grow up: 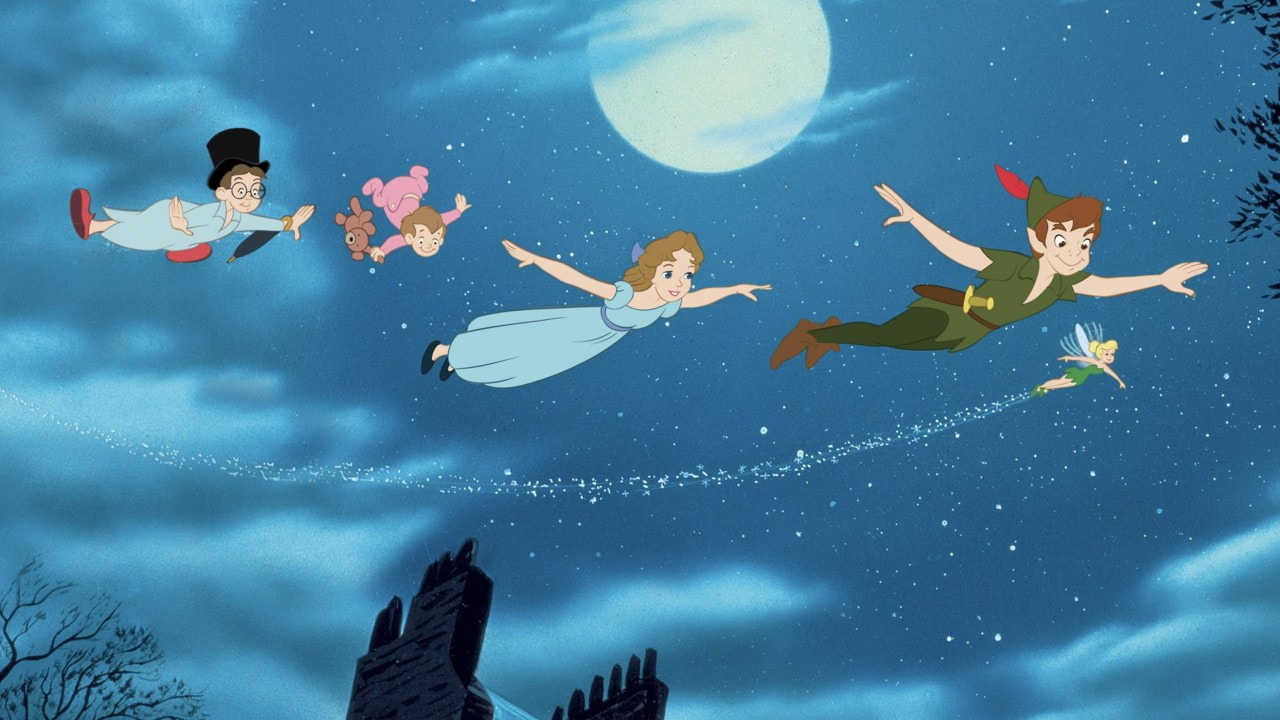 One of the most complex and unique requirements of consuming old art is the requirement to engage with outdated ideas and morals with an acceptance for their usage at the time. While for some projects this can be achieved rather easily, some are more difficult to swallow. One of the latter is 1953's adaptation of Peter Pan. Adapting the classic 1904 play by J. M. Barrie, Peter Pan follows a young girl named Wendy (Kathryn Beaumont) who after a fight with her father escapes to Neverland alongside her brothers and the magical Peter Pan (Bobby Driscoll) who promises a life where no one has to grow up. What follows is a rather iconic story that sees the pair travel around Neverland and battle the villainous Captain Hook (Hans Conried). While there is no denying the legacy that the film has had, the actual viewing experience is nearly unwatchable with every core idea in the film being weak and problematic. While some might argue that this is a weak angle to take when viewing a film from 1953, it is important to understand why fundamentally the film fails to work in the modern context as it actually exposes quite a few deeper narrative weaknesses for the project.

It is clear that Peter Pan is a film designed for young boys in every cliched and problematic sense. One only has to look at the role of women within the film to come to this conclusion. Filled with misogyny at nearly every turn and a consistent lack of understanding of the actual emotions and behaviors of women, it is impossible not to notice the role of girls in the narrative. While Wendy is an innocent protagonist and is overall seen in a positive light, she is completely restricted into being in love with Peter Pan, a common trope for every woman featured in the film. This is especially disappointing with Tinker Bell who ends up lashing out and causing the majority of drama within the film due to a jealousy of Wendy and her developing relationship with Pan. The film is unconcerned about giving women any agency even against their own emotions and reduces them at every turn. The plot also features a now infamously problematic depiction of Indigenous Americans that play into outdated stereotypes with ignorant glee. Again, this is something designed for young boys and one cannot fully hold it against the film to play into such popular iconography of the time.

While these might be problematic, the arguably biggest failure of the film comes in its presentation of Captain Hook. Obviously filling the role as the antagonist against Pan, it feels natural that the audience will be rooting for Pan in every battle they share. The lack of craft and awareness hurts this however as Pan's cruelty towards Hook makes it hard to not feel bad for the guy. Repeating jokes including his PTSD from a crocodile that Pan continually tries to feed Hook to make it hard to fully find cheer in his demise as it often just feels cruel. For young boys, this is not going to be a problem as of course pirates are villains and it is cool that Pan is beating him down with such charisma. For older audiences, however, this dynamic feels off and ultimately hurts the drama of the wider feature. It also doesn't help that Hans Conried easily has the best performance of the film which makes his character almost automatically feel a step ahead of the rest of the cast.

The actual filmmaking is fine with the animation feeling rather standard. It is hard to think of many scenes that truly stand out as being that visually impressive with the biggest success being the character animation which is often dynamic. The actual story layout is another strange choice with the bookends featuring Wendy and her family at home ultimately feeling meaningless. Much of the film sees characters split up simply passing time until the film can finally wrap up with the final Peter Pan Vs. Captain Hook fight with these tales from Neverland never truly making the most of the world. There could have been a stunning amount of creativity in this world where literally anything could be possible, but the film continually sticks with grounded ideas that are never really that fun or interesting.

While Peter Pan might have worked for young boys of the time, it is hard to find even a single reason one would want to go back to engage with this feature under a modern lens. Even if one chooses to play ignorant to the problematic backbone that is present in nearly every scene of the film, the world is never explored in a particularly interesting sense and the drama often is underwhelming. While there has been plenty of bad remakes since this, Peter Pan remains one of the few Disney projects that feel like it really could use a new perspective and definitive remake that hopefully David Lowery will succeed with in his upcoming Disney+ adaptation. If not, Benh Zeitlin's Wendy might be the closest thing released to a successful adaptation of this classic story.
Become a Patron!