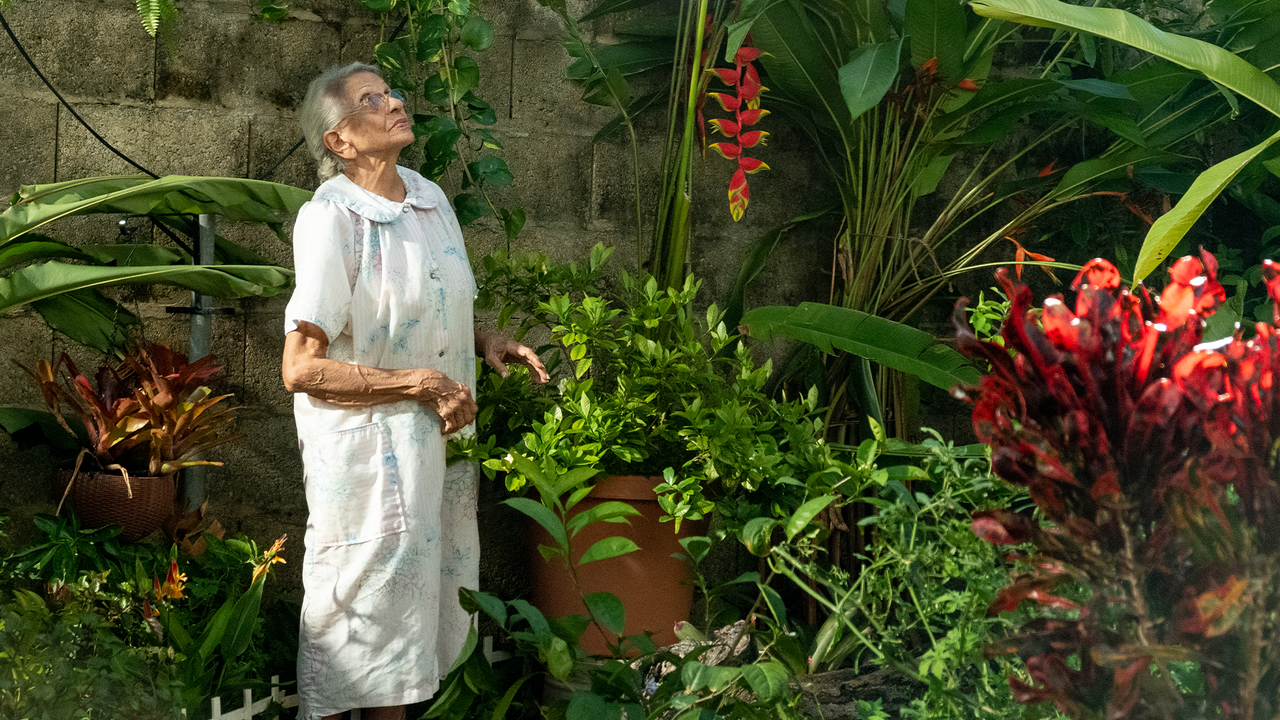 Streaming as part of the 2021 Tribeca Film Festival, Macha Colón's feature directorial debut Perfume de gardenias serves as a meditation not just on the destruction of grief but also the powerful process of rebirth which can come after. Following an elderly woman named Isabel (Luz María Rondón) who just lost her husband and has decided to start helping with custom funerals to give individuals the chance to plan their own ceremonies, Perfume de gardenias isn't without its faults but remains an overall successful and honest look at the complex emotions associated with the subject of death and grief.

Easily the best piece of Perfume de gardenias is Luz María Rondón herself. Serving as the heart and soul of the feature, Rondón breathes a sense of life and humanity into the film that the feature needs. Where it is near impossible not to empathize with her during the darker moments she faces, her character and the film itself comes alive in its persistence of humor and personality. Rather than being completely dark and depressing, just like in real life the film finds places for humor to sprout in a crafted yet also incredibly natural way. Luz María Rondón is a commanding force in this sense and is often the main force to hold the film together and bring these emotions all together into one competent package.

Sadly, beyond the leading performance from Luz María Rondón the film can struggle to create that many notable highlights. The supporting cast around Rondón for example feels rather forgettable and bland. From shakey performances which can never quite find their footing to a lack of chemistry between actors, the quality of actors surrounding Rondón simply isn't quite there for this to fully connect with the power it is supposed to yet part of the blame also has to go to the screenplay also from Macha Colón.

Where there are plenty of films that are able to create an incredibly profound and emotional response with the lack of larger emotional scenes, Perfume de gardenias can also struggle with this at times. Where the film does largely work, it does feel as if there needs to be a handful more of truly gut-wrenching moments to fully elevate the material and hit hard with its capturing of tragedy. It at times can feel as if the film is wandering in a swamp of unrealized emotion that while clearly present, doesn't quite feel as well defined or as powerful as it should. This is largely the sentiment Perfume de gardenias carries, the emotional power and depth the film carries on paper simply doesn't fully transfer to the final product which can feel both frustrating and disappointing.

Had the craft and focus of the film been stronger, it is easy to picture Perfume de gardenias being one of the most powerful films of the year. As is, it is a good film that really should have been great. Beyond Luz María Rondón, it is hard to find much within the film that truly deserves to be sought out.