patrick and the whale 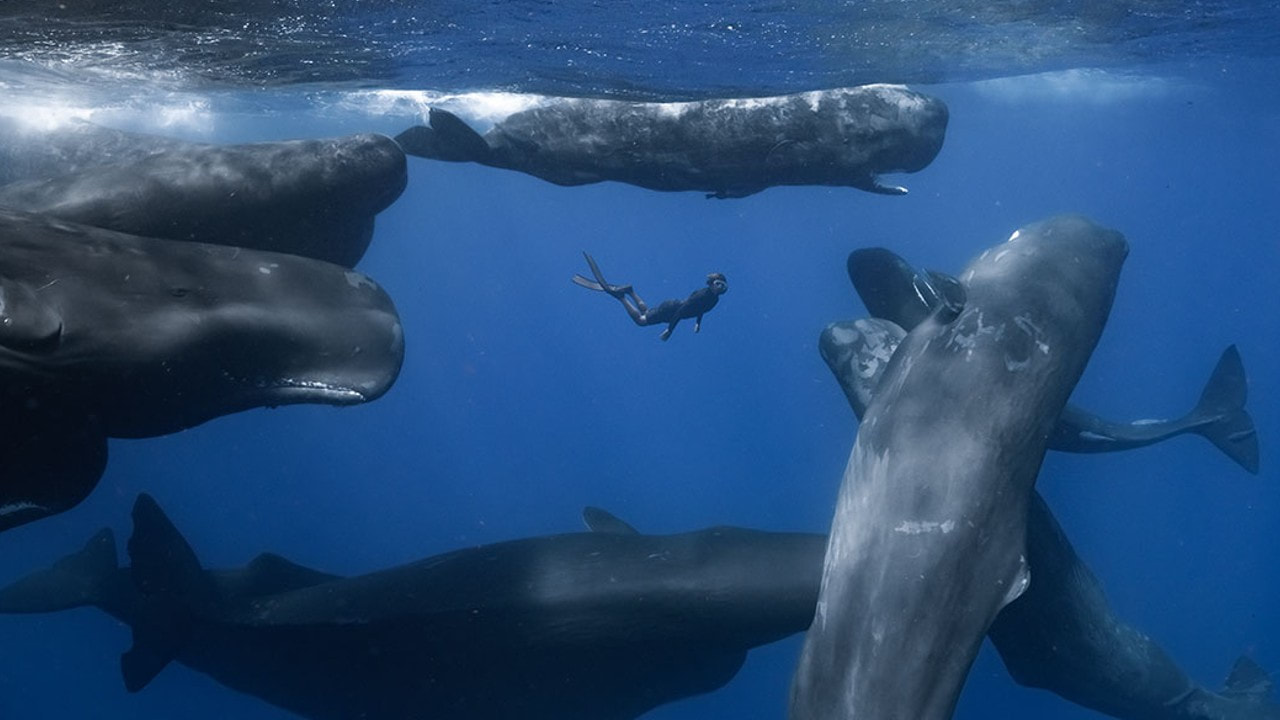 Since the beginning of mankind, nature has presented a unique challenge for man. Presenting both possible danger and beauty, animals have flooded both our works of art and horror. Recent pushes for conservation have unleashed a new wave of features promoting the more human side of nature with a love and respect being seen on screen that was not always present. Screening as part of the 2022 Toronto International Film Festival, Mark Fletcher's Patrick and the Whale is absolutely one of these texts. The feature follows marine videographer Patrick Dykstra as he gets up close and personal with sperm whales and makes new discoveries about the species.

Patrick and the Whale is an awe-inspiring encounter that succeeds largely due to the underwater footage the project uses. Patrick is beyond accepting of getting close to these creatures and the audience travels with him as some of the closest footage ever seen of these animals is created. Actually getting close to these creatures and seeing their physical bodies carries a certain power. It makes these creatures and their behaviors tangible. The weight of their power is incredibly well realized throughout the film. Seeing things like giant squid tentacles still stuck to their mouths makes the stories of how these whales behave feel real and ultimately, Patrick and the Whale's biggest success is its ability to demystify these animals for the audience.

This is a crucial success for the film as largely beyond this, the project feels somewhat simple. Running at only 72-minutes in length, the film doesn't necessarily have the most intriguing narrative. Patrick talks about his history with whales and gives walkthroughs of his experiences in the water, but beyond that, the film is somewhat empty. The feature tries to create a more intriguing setup regarding finding new information about these animals, but this never materializes into anything that shocking and the film never can quite decide what identity it truly wants to carry. Is this a biopic about Patrick, or is it a statement about the whale? It doesn't help that there have been multiple films also capturing whale research such as Apple TV+'s Fathom that ultimately come to bigger realizations than this feature.

Patrick and the Whale might not be revolutionary, but the film is definitely watchable with the underwater footage and smaller runtime coming together to form a worthwhile watch. While the film could have enhanced itself with a stronger direction and narrative, it still accomplishes its goal of showcasing these magnificent animals and all around feels successful in its root goals.
Become a Patron!