Coming out of the Cannes Film Festival there normally are quite a few films that get quite a bit of attention but only one is able to walk away with the Palme d'Or. This year the film to walk away with that award was Bong Joon-ho's newest film Parasite which follows a family which has fallen on rough times but see a good opportunity and decides to take it. That is all I am going to say about the plot and that is all you should know going in. As I mentioned this won the Palme d'Or but even beyond other films to receive that honor Parasite felt like it has something special about it. The hype surrounding this film was massive with so many calling it even a serious contender for Best Picture at the Academy Awards which is traditionally rare for a foreign film to contest for. This film had a real following behind it which was only increased when it got picked up by NEON for release promising not only a solid release but a solid chance for a strong award season campaign. I know the hype was real when I finally got the chance to sit down and see this movie, I went in as blind as possible not knowing anything about the plot and even with my high expectations I was honestly blown away by this movie. It is so well crafted and interesting easily becoming one of my favorite films of the year so far. 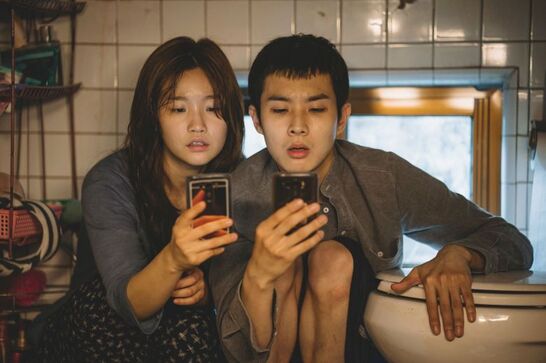 First I want to try and tackle the plot of this film which admittedly is a bit hard to do considering I think the film is best if you go in completely blind with no expectations of the plot. What I will say about it is that it is really well built and put together, the way it flows between situations is very smooth which is impressive considering some of the situations it has to pull off and I found that even once we got to the bigger moments in the film it felt justified in that role. The bigger themes in this movie also hit me, it has a lot to say about topics like regret, survival, class, and success. The father of the family (played masterfully by Song Kang-ho) is constantly being looked to as the person in control with a plan yet he never really has one. He has all this pressure to be something he is not and where he is able to play it cool for the most part I found the depths of his character and his pride to be really fascinating. I also must talk about the ending of this film, where I don't want to give anything away I will say it is an ending that stuck with me and haunted me in the same way that La La Land, Call Me By Your Name, and Paddleton all did (though the emotions are much different than any of those). In the days following this film, I found myself thinking about the ending non-stop and having a genuine emotional reaction to it. 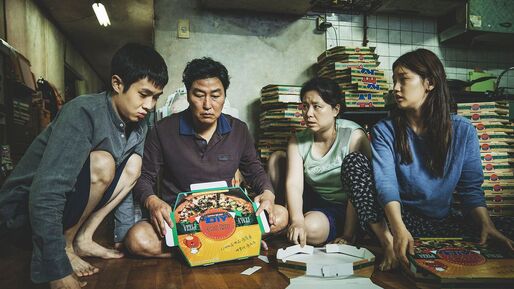 The film as I mentioned is also just really well made and is a great showcase for what Bong Joon-ho can do. It is beautifully directed and written which was not an easy thing to do. As I mentioned this film has a lot of tricky situations that are really hard to navigate and make work but the film is perfectly able to keep strong and never lose its focus or effectiveness. It also is really impressive when it comes to handling its runtime, despite being a longer film at around 2 hours 11 minutes it never feels like it drags or is moving too slow. I also must give credit to both Hong Kyung-pyo and Ha-jun Lee for the cinematography and production design respectfully. This movie has such an amazing looking house filled with smart designs and layouts that not only look gorgeous but also gives the film plenty of room to play around with. It looks visually stunning and where I doubt it gets the attention in these categories like I think it deserves both really impressed me and is easily some of the best this year has had to offer up to this point.

If there was one moment in the film that I felt was a little off it was an act made by one of the characters in the third act of the film. Where I loved its implications for the story I don't quite know if that was justified fully by where this character had been before and didn't quite think the motivations were fully present for it but that is pretty minor. In the end, I have to agree with everyone who is claiming this movie is a masterpiece. This is cinema on such a high level of quality, not only is every technical aspect of the film basically perfect but it has an engaging and deep story that actually means something and leaves you feeling genuine emotion. This is easily one of my favorite films of 2019 so far and I cannot wait for it to come out in October not only so I can have more conversations about this movie as there is plenty to talk about but also so I can see it again. This is one of those films that I can only see improving from repeat viewings as you find more meanings and messages in it and even as I sit here typing this review I am buzzing with desire to just sit and watch the film again. This is something truly special and I hope that everyone gets the chance to see it on the big screen.