on the road again: 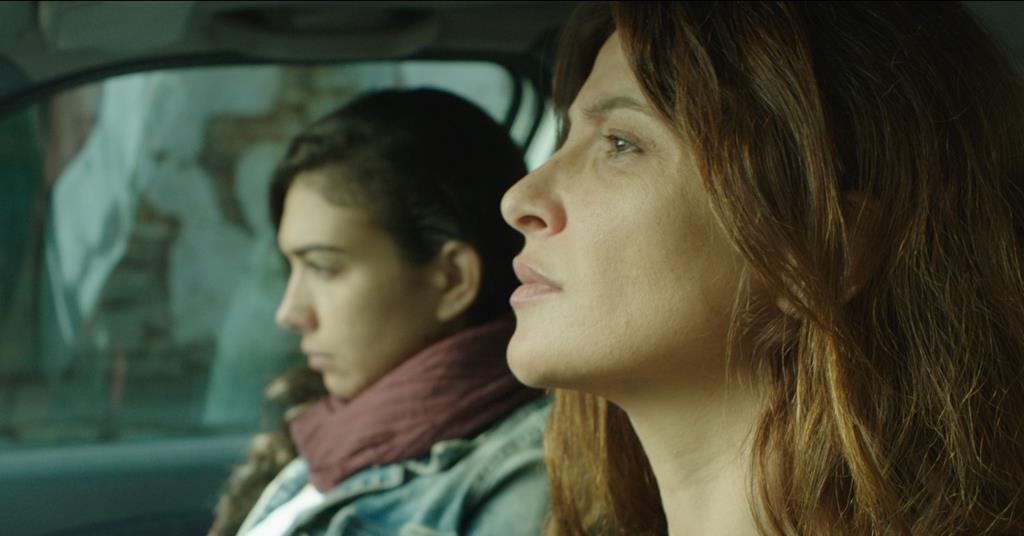 Florenc Papas's feature directorial debut Open Door - which serves as Albania's official submission for Best International Feature Film at 2021 Oscars - is a moving look at the relationship between two sisters who struggle to communicate with each other. Forced together on a road trip to the village they were born in to meet with their father, sisters Rudina (Luli Bitri) and Elma (Jonida Vokshi) are forced to open up to each other and confront the dysfunction that has crept into their relationship.

Largely the most impressive element within Open Door is its performances. Stuck in a small and rather uninteresting set for the majority of the film's 78-minute runtime; it is up to Luli Bitri and Jonida Vokshi to engage the audience and keep them interested in the film's drama and both actors to a rather fantastic job. Luli Bitri specifically shows a tremendous amount of range here with both women having a strong amount of chemistry that brings their back and forth to life. There is a sense of authenticity within their drama largely due to not just the performances between the two of them but also the screenplay by Florenc Papas and Ajola Daja which makes the film overall engaging and gives the film a sting of an emotional impact that will hit close to some audience members who have personal experience with family turmoil.

Sadly this conversation is greatly hurt by the pacing of the film. Even with the movie having a relatively short runtime that is just over an hour-long, the film is rather slow and dry. The film really asks a lot of the audience to be actively engaging with its drama which is a choice that will alienate plenty of audience members who will be bored and done with the film within the first 30-minutes. Where the screenplay and performances have enough to feel worthwhile for those who can engage with a film of this tone and pacing, it will simply stand as inaccessible and uninteresting for plenty.

Tonally Open Door also feels quite confused. From the actual conversation the film is featuring to the cinematography from Sevdije Kastrati, Open Door is a film that feels void of a clear vision and instead throws multiple voices at the wall hoping something sticks. The film will switch from being deeply intimate to rather distant seemingly oblivious to what the project actually wants to be. More than this being an issue as one direction is clearly weaker than the other, the major problem with this lack of direction is how uneven the film ends up feeling which in return hurts the power it is able to find from its narrative.

Open Door is without a doubt going to be a film that most audiences will fail to engage with. The movie is dry and messy but for select audience members, the dysfunction both in the soul and themes of the film will strike a cord and ultimately it is hard to say that the film didn't feel worthwhile by the end. Open Door is a film that is worth giving a try in case you are a similar audience member who will be able to appreciate the film, but know that if it doesn't strike you as engaging within the first 20-minutes it isn't going to pick up by the end.