When it comes to iconic movie villains one that always seems to come up even now nearly a century after their on-screen debut is Count Orlok from the 1922 classic Nosferatu. For generations, the haunting story of Thomas Hutter (Gustav von Wangenheim) and his wife Ellen (Greta Schröder) coming in contact with the evil vampiric Count Orlok (Max Schreck) has captivated audiences and even now it is easy to see why. 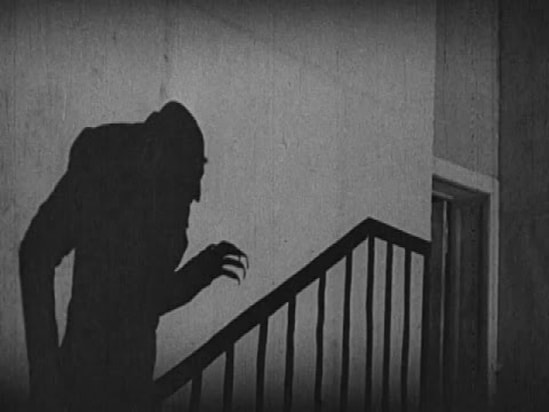 Even now long after its release and the evolution of filmmaking and visual effects, the visuals of the film stand out as iconic and haunting especially when it comes to the appearance of Count Orlok himself. Using practical effects to bring this uncanny humanoid figure to life, the effects not only will continue to hold up not being reliant on CGI or any special effects but also connects on a deeper and more grounded level being done practically. The haunting effect of the makeup and practical effects are only elevated by the cinematography from Fritz Arno Wagner and Günther Krampf who take such an inspired approach when it comes to framing various scenes in the film. This is a film that masterfully uses shadows and shot composition to create a larger than life persona for its villain. Max Schreck also brings an incredible tension and preciseness to his portrayal of Count Orlok. From the way, he walks to the way he looks around, there is something incredibly uncanny about the performance itself that helps the character stand out. It also helps that the actors do such a good job selling the threat of Count Orlok. Gustav von Wangenheim especially does a fantastic job selling the horror of the situation when he first meets Count Orlok which therefore elevates the threat as Orlok travels from Transylvania to Germany. 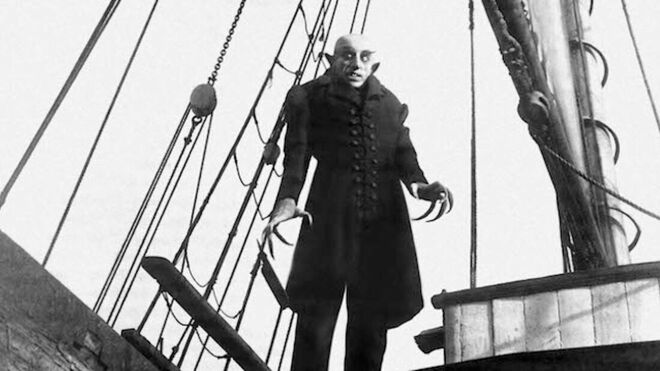 While the tension is truly incredible and fully holds up in a modern context, the film does struggle a bit when it comes to the story itself that it is telling. Once the film reveals its hand as far as the situation and what is happening with Count Orlok coming to Germany, it starts to stall extending the runtime for no apparent reason. This is a film that really could have been cut down to a clean 90-minute runtime by picking up the pace in the middle section and giving the characters far less time to breathe. Where this is meant to raise the tension, the actual result it gains is slowing the film down drastically and actually having a negative effect on the pull that the tension has on the audience. Had the film been more focused and clean when it came to its runtime, the third act could have been even more tense and horrifying than it was.

Nosferatu is undoubtedly worth the time needed to check the film out with still iconic and masterful uses of practical effects and filmmaking techniques to create a visually engaging and haunting experience. It is so easy to get lost in the world of the film and when it has a clear focus and actually has stuff going on it greatly impresses and holds up even today. Yet with this respect and praise, the downfalls of the film also must be recognized. The middle of the film is boring and feels like it is treading water waiting for the runtime to pass so it can get to the much more eventful final act of the film.