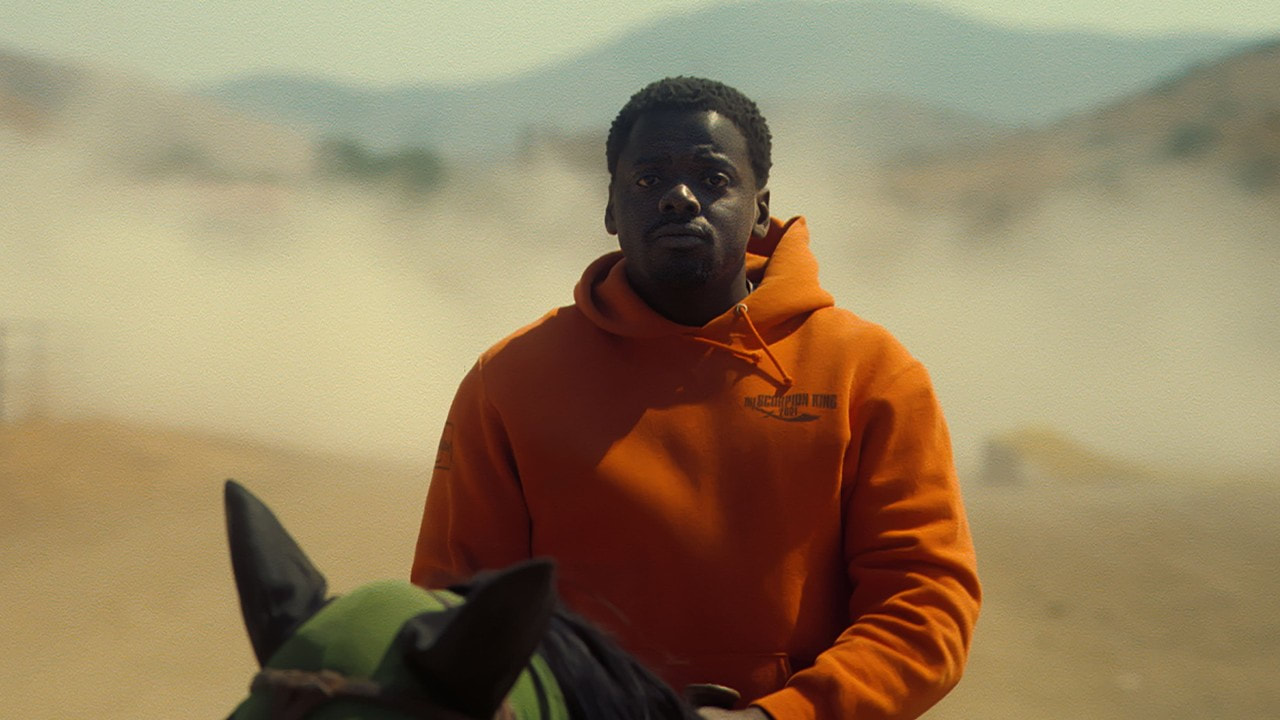 Over a very short period of time, Jordan Peele has established himself as one of the most influential and well-regarded horror filmmakers of the modern era. Going back to back with Get Out and Us, Peele has shown a unique talent for building tense yet socially poignant stories of terror that have elevated the larger genre around him. Naturally, a third outing for the director was an exciting prospect, and the idea that this third feature, titled Nope, might be yet another masterpiece seemed like a real reality.

Without giving away any spoilers, the plot of Nope follows siblings OJ (Daniel Kaluuya) and Emerald Haywood (Keke Palmer). After the mysterious death of their father, OJ holds together the family business of providing horses for Hollywood productions. While being visited by Emerald, OJ notices a strange behavior out of one of his horses before he witnesses a UFO. Seeing this as their potential chance for fame, OJ and Emerald dedicate their time to try and catch this UFO on film but quickly find themselves in over their heads. While on paper this might seem like an intriguing setup for Peele to work his magic, the final result feels incredibly disappointing.

While Peele has impressed as a director, his greatest talent clearly is his ability as a writer. Clever and purposeful, Peele has written some of the strongest screenplays in recent memory with every line being meaningful and every idea being worthwhile. His ability to create a thesis and work in captivating horror stories is beyond impressive, yet Nope sees a tragic turn for these results. As with his previous films, Nope initially seems to be setting up quite a lot. Details such as a traumatic childhood incident that still haunts the Haywood's neighbor Ricky "Jupe" Park (Steven Yeun) and the Haywood family having a connection to the first ever film, 1878's Galloping Horse, get multiple scenes and segments dedicated to their establishment seemingly promising that they will amount to something. Fans of Peele's previous works will undoubtedly be on the edge of their seats trying to figure out some grand twist or puzzle that would account for these details, yet one never does actually form.

Nope is a film that when boiled down, is shockingly hollow and empty. Outside of the Haywood family, every character ends up being meaningless with no purpose of existence other than to serve as filler and get specific areas of the plot from Point A to Point B. Despite this, the film spends large segments of its already longer 131-minute runtime on developing and showing these side plots that ultimately go nowhere and mean nothing to the actual focus of the film. It almost feels like Peele initially intended for the story to go in a far different direction but then decided to change things and cut the film to be a more simple and straightforward outing. The lack of social relevance, outside of a painfully cliched segment on the modern influencer, is also rather disappointing considering how strong the voice of Peele's previous projects has been. Instead, Nope seems more focused on being big dumb summer blockbuster fun, something it finds more success with.

The comedy of Nope is easily the biggest highlight the film has. Both the screenplay and performances have a great sense of comedic timing and the film knows how to balance its comedy and tension. Letting these characters naturally find comedy in their reactions to various events is smart and helps the film never feel like it is trying too hard to get a chuckle. Both Daniel Kaluuya and Keke Palmer have incredible chemistry that constantly gives entertainment, and Brandon Perea plays well as the main third wheel to the siblings. It also should be mentioned that when it comes to scenes of emotion, nearly any success the film manages to have is directly due to Kaluuya and Palmer with Palmer especially giving one of the best performances of her career.

The technical aspects of Nope are also incredibly strong. Working with a tremendously larger budget than either of his previous films, Peele crafts a worthy blockbuster filled with memorable set pieces and stunning visual effects. The designs that the film chooses for the UFO are incredibly unique and the use of things like textures creates an honest sense of awe. The score by Michael Abels is phenomenal and the cinematography by Hoyte van Hoytema is predictably noteworthy. Coming off films like Her, Dunkirk, and Ad Astra, Hoyte van Hoytema continues to prove himself as one of the most skilled cinematographers working today.

If there was one key individual who sadly drops the ball it would be Michael Wincott. His brooding persona as Antlers Holst, a talented filmmaker, feels almost in parody compared to the rest of the film with his performance never feeling in sync with the world around him. His character gets built up over the entire film as the Haywood siblings try to recruit him to help capture the UFO footage, yet he is another character that ends up meaning nothing. His exit is also laughably bad only further causing his character to feel like a complete misfire in nearly every way imaginable.

Every director will have their successes, and Nope shows that every director will have their disappointments. While it is possible one can have dumb fun with portions of Nope, the film clearly is a disappointment compared to what it is trying to build. Nope is a hollow feature that builds to nearly nothing. Rather than accepting its true identity and being a more focused adventure with the Haywood siblings, the film attempts to add so much more with no final picture of where everything will lead. Nope is at times an entertaining, but mainly a frustrating watch that hopefully is not a sign of things to come for Peele.