you have all the

time in the world:

No time to die movie review
​
​by carson timar 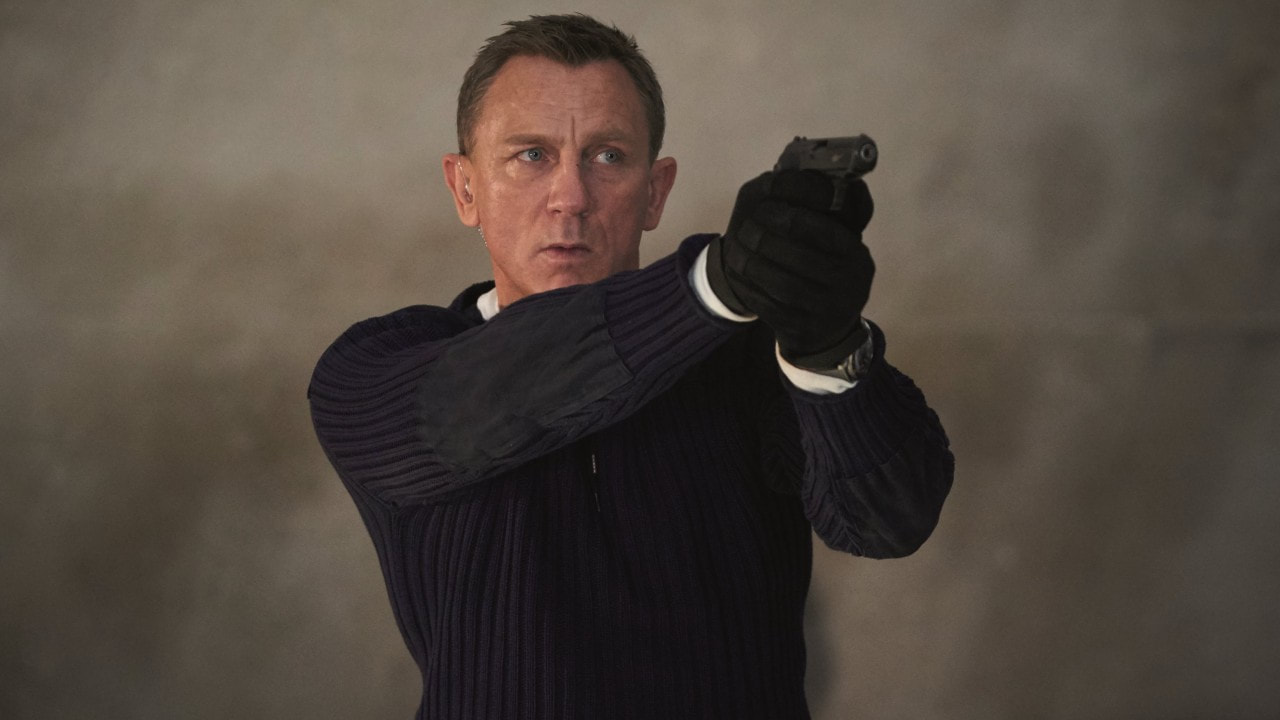 Coming not just as the 25th James Bond film overall but also the 5th and publicly accepted last outing for Daniel Craig as the iconic character, Cary Joji Fukunaga's No Time to Die had high expectations put onto itself. Only furthered by the film's expanded 163-minute runtime, many looked to No Time to Die not just to say goodbye to Craig's iteration of Bond but also to become a defining entry into the larger franchise. While these expectations might lead some to be disappointed with No Time to Die as the film never transcends the franchise it belongs to, it still stands as a worthy and overall inspired addition to it.

The Bond of No Time to Die is not introduced in the present but rather 5-years in the past. Trying to put his old demons behind him and embrace retirement, Bond has found himself on a romantic and sensual getaway with Dr. Madeleine Swann (Léa Seydoux). Just as it seems Bond can let his guard down, he walks into a trap set by Spectre that leaves him alone and feeling betrayed. Not sure who he can trust while still dealing with the complex emotions he feels for Swann, Bond isolates himself for 5-years until a world-threatening enemy draws him back onto the field where he will have to confront the pasts of not just himself but all those around him.

From the first frame of the feature that shows a mysterious man walking through a crisp snowy forest to a warm house where a mother and daughter wait for the return of their husband and father, it is clear that No Time to Die is going to be a crafted and immersive feature that has the power to connect with audiences on a rather deep emotional level. The undercurrent of emotion strikes strong and confidence in nearly every moment. Whether it is horror, passion, fear or sadness that the audience is supposed to feel, the film doesn't have to speak directly to express its emotions. Largely thanks to the strong working relationship between Craig and director Cary Joji Fukunaga, the film consistently pulls the audience to the edge of their seats only to floor them in strong moments of emotion and tension.

In fact, it wouldn't be a stretch to say that Craig has never been better in the role. Craig is both a brooding force and delicate creature of emotion that is hard not to empathize with. While his chemistry with returning faces remains overall strong, his chemistry with Léa Seydoux especially stands out. Their desire and passion for each other feel undeniable even in the most turbulent of moments. Simply how they look at each other from across a room and how their voice inflections change when the other is around creates a powerful and seductive tension that one could cut with a knife. Lashana Lynch also plays well against Craig being able to push his buttons without ever working against the more mature role he is bringing to the big screen. Despite her shockingly small role, Ana de Armas also stands out as impressive and leaves a memorable impact even if her sequence is rather small in the context of the larger feature. Sadly, to say the entire ensemble impresses would be a lie. While Billy Magnussen is luckily reduced to a more supporting role, he constantly feels out of place with his usage of charisma feeling both distracting and annoying. Rami Malek suffers from the opposite issue. Bringing the mysterious sociopath Lyutsifer Safin to life, Malek continues to rely on solid makeup work to overcome a lifeless performance that feels instantly forgettable. It continually surprises how Malek is able to get roles of such size and substance as every role he has taken since Mr. Robot has suffered the same curse.

The story itself luckily is overall solid even if far from incredible. Outside of the more personal and emotional arc given to Bond, the humanity-threatening mystery feels rather paint by numbers even if it avoids ever being painfully boring. While some might be hoping for No Time to Die to go above and beyond being another largely episodic adventure for 007, the film overall refuses to break this tradition outside of a few key character moments. While especially in the third act these moments do hit hard, they never fully justify the film's long runtime or exceed the identity this franchise has created.

It is worth saying however that the technical aspects within No Time to Die are strong. While maybe not as much of a revelation as what Sam Mendes accomplished with the franchise, Cary Joji Fukunaga is a natural fit as a director bringing his talents both to the scenes of intimate emotion and thrilling action. The visuals from cinematographer Linus Sandgren are grand and breathtaking while the score from Hans Zimmer feels memorable. While it was released to the public well over a year ago, Billie Eilish also deserves credit for creating a profound and moving theme song that would feel fitting for awards attention later in the year.

For fans of 007's tenure so far, it is hard to picture No Time to Die feeling like a true disappointment. Sure the film might not be the revelation some were hoping for and is far from being the best Bond film even just within the Craig era, but the film still survives as a fitting and moving goodbye for Craig marking the end of an era. The film feels engaging and worthwhile, creating some truly standout moments of emotion and character work. It is a feature worth seeing on the big screen and overall is another successful mission for the ever-charming 007.