the venom of grief: 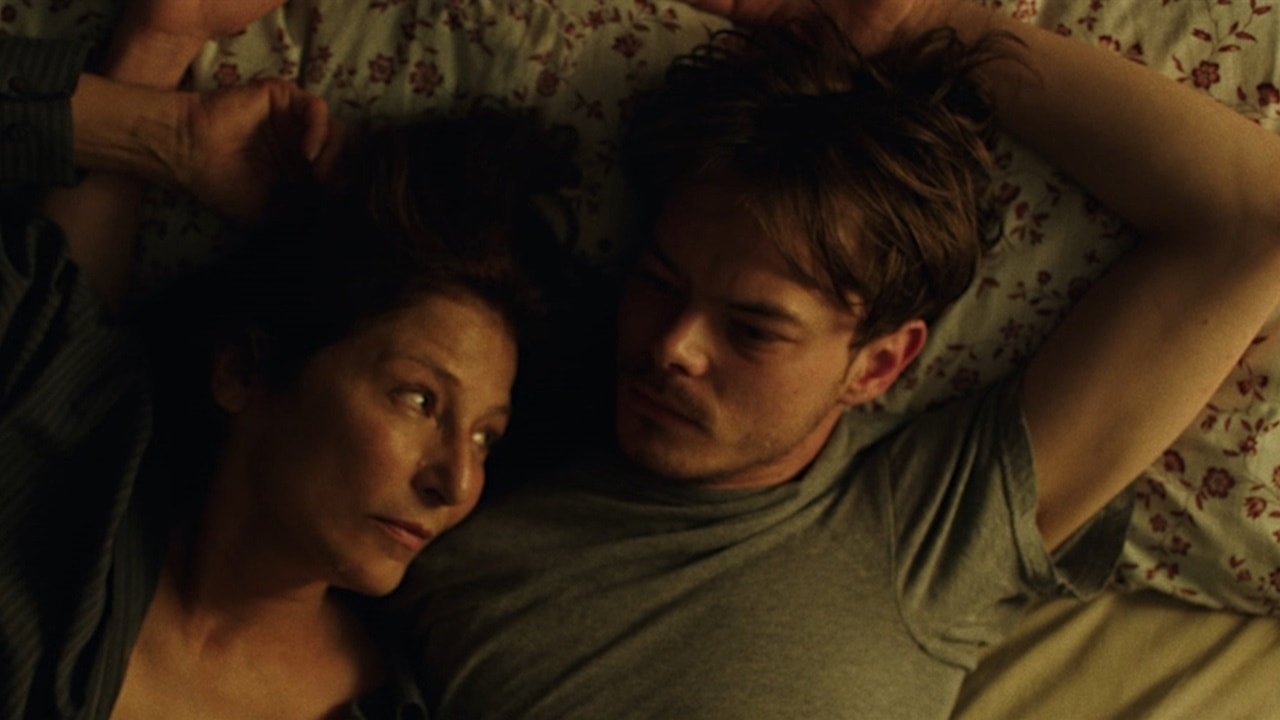 For many, grief stands as one of the most challenging and most undeniable emotions of the human experience. No matter who one is, grief is on its way and the effects can be felt for years. Streaming as part of the 2021 Tribeca Film Festival, Mark Smoot & Andrew Irvine's sophomore feature No Future captures this emotion and the venomous effects it can leave on individuals not prepared to battle its painful depths. Following the tragic overdose of a young man; his friend and recovering drug addict Will (Charlie Heaton) comes into contact with his grieving mother Claire (Catherine Keener) and together they combat their pain and attempt to find a way forward in love and acceptance.

From the premise alone, it should be clear that No Future is one of the most emotionally charged and devastating films from the 2021 Tribeca Film Festival with nearly every piece connecting with a painful power. The success starts right away with the screenplay from Mark Smoot which is casually brutal. Finding success in the unspoken suffering of its characters, this is a tragic yet authentic capturing of grief that will have audiences reaching for the nearest tissue box. There is a clear confidence from Smoot within the screenplay never feeling the need to make the characters or emotions too obvious or digestible. Much like the emotion in real life, the grief within No Future sneaks up on both the audience and its characters and entangles itself so deeply that it can feel impossible to shake or even fully identify in everyday life. It is complex and dark but it is authentic and undeniable. It is hard to imagine any audience member who has dealt with grief in their own life not to connect to the material present and feel a swell of emotions inside them as the film continues.

This is further brought to life by the truly exceptional pairing of performances from Charlie Heaton and Catherine Keener. This truly stands as a breakout performance from Heaton who has never been this emotionally vulnerable and moving. It is impossible not to feel the pain that radiates from inside of him and his involvement truly feels like it enhances the project overall. In less surprising news, Catherine Keener also is quite phenomenal. Largely it is Keener who is the heart and soul of the film and she has beyond enough talent to carry this weight. These two performances don't just work separately but hit entirely differently when put together. Where their relationship and coping mechanisms might alienate some, this tragic yet authentic pairing of two lost souls felt justifiable and poignant in its own right.

This is where the film begins to introduce some of its complexity. Unlike plenty of films capturing victims of grief, No Future commands understanding rather than celebration. It isn't attempting to glorify its subjects or parade them as being in the moral clear but rather simply show them for their flaws and attempts at emotional survival. Where some audiences might find this hard to give considering certain details of the characters, overall it feels rather impossible to simply ignore or downplay the emotions they are facing and the film largely feels successful in this goal.

The more one sits with No Future, the more impressive it feels. While not entirely new or groundbreaking, the emotions at the center of the feature feel powerful and commanding. While No Future is in no way an easy watch, it clearly is rewarding and will easily go down as one of the best films of the festival overall.