After leaving the official James Bond franchise with Diamonds are Forever having defined the franchise with 6 films as the classic character, Sean Connery is back with another unofficial Warner Bros. James Bond film. James Bond (Sean Connery) is suffering from his growing age and is sent to a health clinic to get back into shape. While there he is nearly killed by an assassin (Pat Roach) sent to kill him by a mysterious nurse named Fatima Blush (Barbara Carrera) who ends up being part of SPECTRE. Now James Bond must try to continue the fight against SPECTRE despite his age catching up to him quickly. On paper Never Say Never Again sounds incredible, not only is this the return of Sean Connery to this iconic role but the plot itself sounds mature and interesting pushing this character into a new role. This also marked Irvin Kershner's single outing with the franchise acting as his follow up project after The Empire Strikes Back. This had all the elements to be one of the standout films of the franchise but unfortunately, it doesn't quite work. 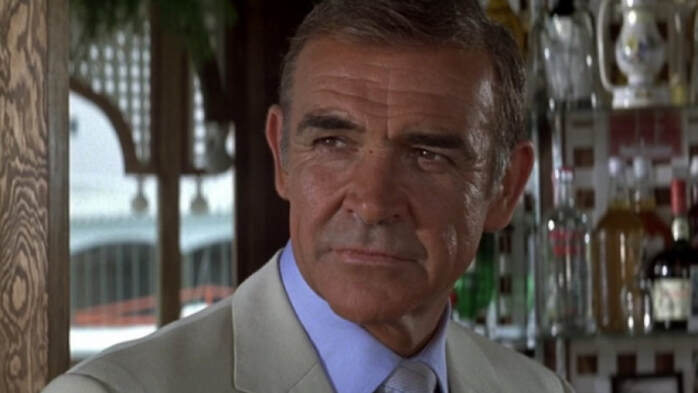 The main thing holding it back was the plot itself. Where the film does want to tackle new areas for the character such as growing old and changing times it also refuses to move on from the more immature sides of the franchise. It tries to have the best of both worlds having Bond feel his age but also still sleep with every woman he comes across. Not only does this make the film and its thesis feel messy and unclear but it basically ruins the performance Sean Connery is giving. Where when he was younger it was uncomfortable to see his treatment of women it is straight-up gross to see him do it as a 52-year-old man. If this would have used this to further push its narrative regarding Bond needing to change maybe it could get away with it but sadly it doesn't. 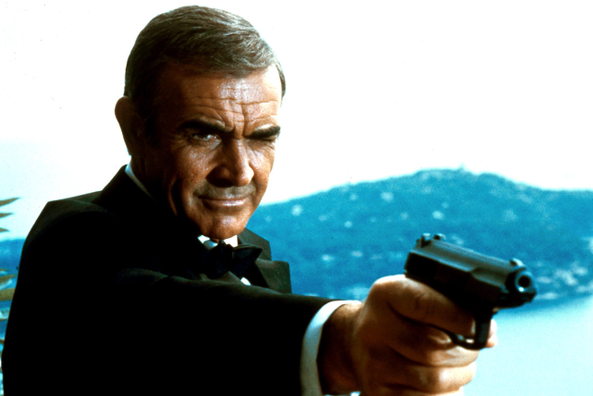 ​Outside of this though the plot is pretty decent and straightforward. Plenty of this film is trying to simply find the fire of the previous Sean Connery bond films never really being about the conflict he is facing from SPECTRE, this film is much more concerned about the struggles Bond is facing on his own which definitely is the right call. Trying to create some big unique plot would have taken away from the main point of the film which is the journey Bond is going through and would have possibly even destroyed this movie fully. Where the film is held back by its refusal to completely adapt a new era of Bond the story still does work to a point and stands out as one of the more interesting Bond films from this era.


Where Never Say Never Again doesn't come close to what it could have been with the talent and ideas present it also is far from terrible. Outside of the moments where Connery is forced to try and capture the charm of his past self, this is a new and unique look at Bond that does stand out especially compared to the weak plots that were starting to define this era of Bond. It also serves as a much better sendoff for Sean Connery than Diamonds are Forever which has to go down as one of the worst films from this franchise.