as the flowers bloom: 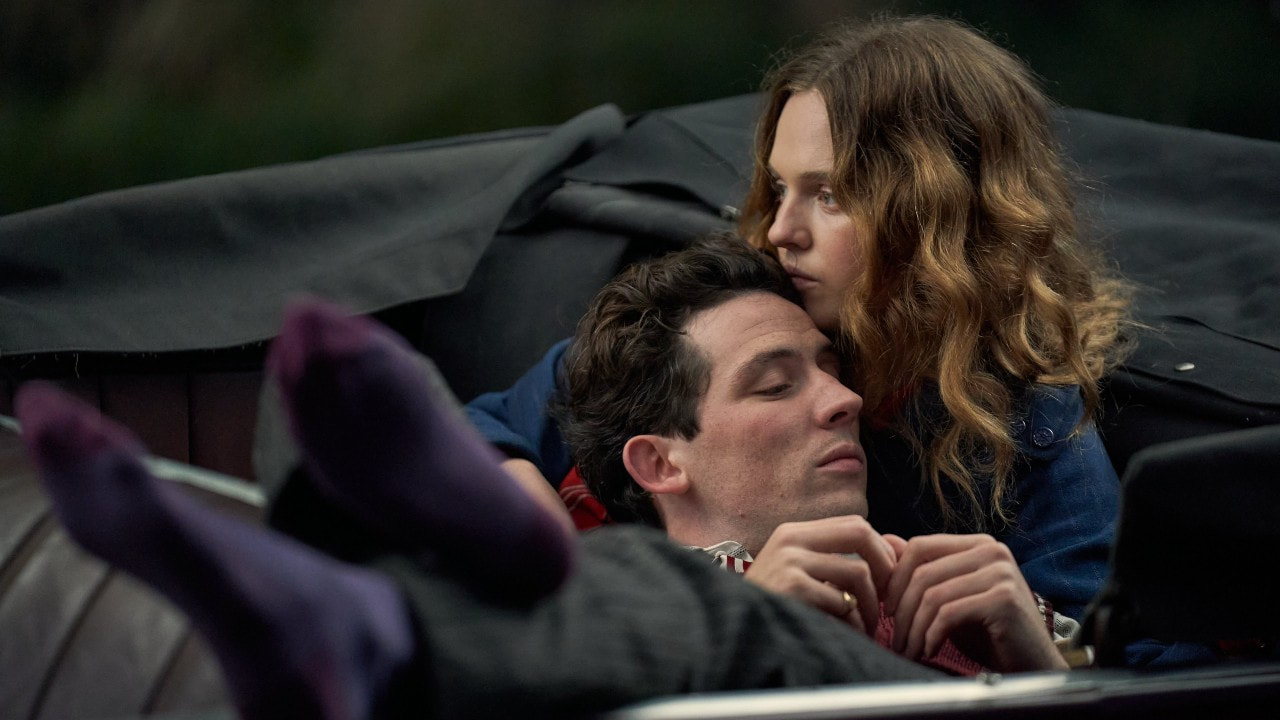 Love can be a tender and magical thing as seen in Eva Husson's newest feature Mothering Sunday. Screening as part of the 2021 Toronto International Film Festival, Mothering Sunday sees a young maid named Jane Fairchild (Odessa Young) engage in a secret relationship with a rich neighbor named Paul (Josh O'Connor) who is about to be married to someone else. Jane and Paul embrace their time together even though their relationship ultimately is guaranteed to end in disaster.

If there is one thing to really stand out about Mothering Sunday it would be how eloquent and passionate the film is in nearly every sense. Using a period piece setting, it is rather obvious that elements such as the costume design by the legendary Sandy Powell would be strong but there is something much deeper living and breathing within the world of Mothering Sunday. The film doesn't just show you this warm spring day but it makes the audience feel it. The world excuses its season almost causing the audience to sense the warm air on their skin and smell the grass around them. It is moving and powerful in a way rarely seen or felt outside of the most powerful expressions of environment and setting within the cinematic landscape. This is only enhanced by the crafted cinematography from Jamie Ramsay who between this and Moffie is providing himself to be a true force behind the camera.

This passion is also felt within the performances. The love featured throughout the film has a longing sense of authenticity and passion that is undeniable and feels completely authentic. While Josh O'Connor and Sope Dirisu shine wonderfully in supporting roles, it is without a doubt that the film belongs to Odessa Young who gives possibly the best performance of her career. She is mature and understanding while also being innocent and somewhat childish in her actions. She commands the screen not with an overpowering hand but rather with a captivating charm which arguably is even more difficult to accomplish.

This isn't to say that Mothering Sunday is perfect however as it simply is not. One of the largest issues present within the film is its pacing. While it is completely ok and justifiable for a film of this kind to have a more wandering and light presence as it deals with lighter emotions for the most part, it can feel a bit overdone here. The movie goes very slowly with introducing its story and going between emotional beats in a sense that can feel a bit duller than it should. Audiences more than likely will lose interest in the film far too early into its 110-minute runtime which will hurt the overall viewing experience even if by the end it is able to captivate them once again.

Mothering Sunday​ is undeniably a good film but it simply isn't a great one. It is a feature that has some truly great elements with especially the technical elements and Odessa Young shining the brightest, but the final product just doesn't come together how it truly should. The film still feel worthwhile and the ending hits hard regardless, but sadly the film just can't be called a masterpiece.