the moon is falling: 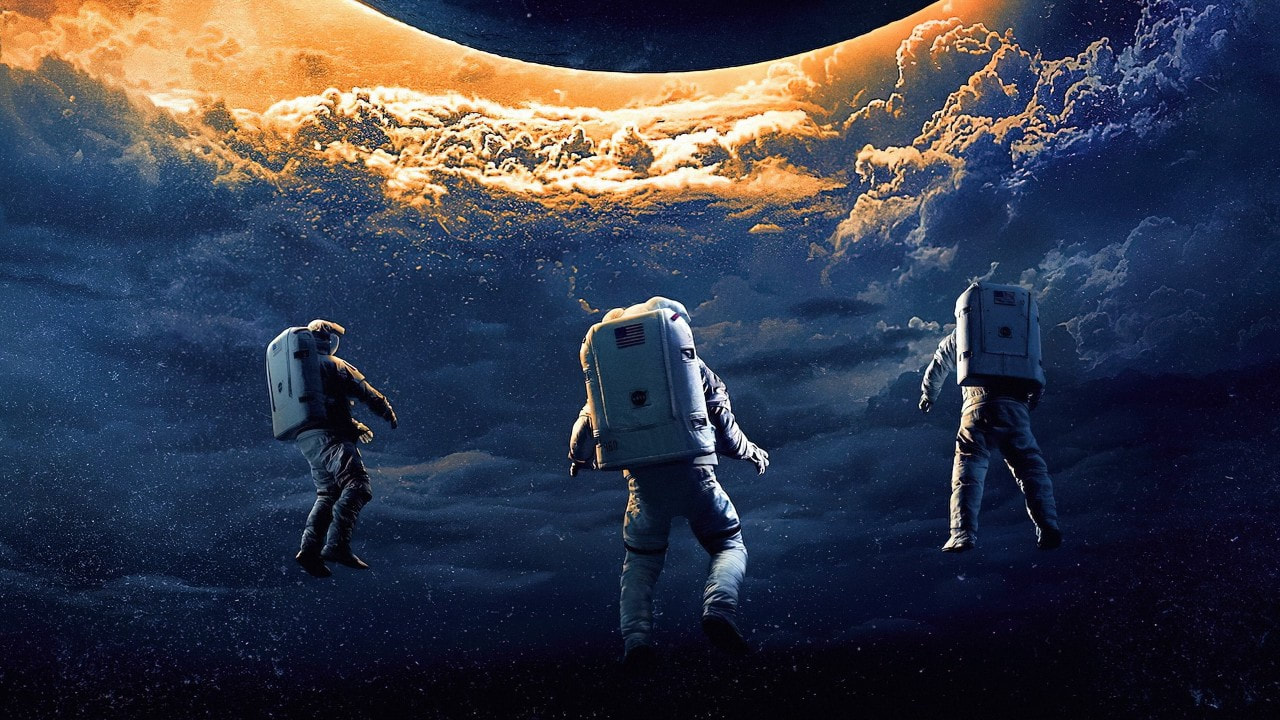 When one looks at the recent filmography of Roland Emmerich, it is clear that the filmmaker has found a style. Largely defining what the modern blockbuster genre looks like, Emmerich doesn't always provide the most interesting or deep of stories but normally produces large scale action that is at least fun. In his newest feature Moonfall, Emmerich attempts one of the largest pieces of destruction to date as the moon mysteriously begins to come out of orbit and falls on a collision course with the Earth! Can a group of scientists and astronauts find a way to stop the moon or will it collide with Earth killing all life on the planet? While this on paper feels like the perfect set up for a big and dumb action blockbuster, the film tragically becomes a disaster with one of the most confusing and horribly built identities in recent memory.

Immediately one will be struck by just how boring Moonfall is. For its entire 130-minute runtime, Moonfall feels the need to pad its runtime with meaningless drama that feels out of place for a film that is supposed to be so over the top. Even as characters travel to outer space and the moon gets closer and closer to the Earth, the film continuously goes back to minor conflicts like characters driving around and getting into random gunfights. Not just do these scenes all feel incredibly minor in comparison to the drama of the moon crashing into earth and strange creatures flying around in space, but worst of all as a result they feel boring. They serve no purpose and consistently ruin the momentum of the film that for some reason decided it had to bloat itself beyond belief. There is no reason this film had to be 130-minutes, and for a film of 130-minutes, it genuinely feels about double that length. This also leads to some horribly built moments of tension and character motivation as the film will give a random and weak excuse to get characters into drama only to drop the motivation and move on after the drama is over.

These bits don't just create a bad viewing experience but are also just is disappointing considering the potential of this plot. There are so many fun ideas one naturally can think of when it comes to the moon dragging cities and mountains around and messing up gravity, yet the film consistently takes the safest and most boring route with action feeling on par with the craziness found in the Fast and Furious genre if not a little weaker. The film is not exciting and while it certainly isn't fun to laugh with, it is equally not fun to laugh at. The biggest emotion that comes from viewing the film is just bordem which is almost embarrassing considering the film has the fucking moon crashing into Earth. How does one make the moon crashing into Earth boring?

The characters are also incredibly dull. Each is given the most boring and drawn-out plot that audiences have seen a million times before and sadly there is no charisma behind the performances to make it work. As good as Patrick Wilson can be, this is a film that demands the likes of someone like Dwayne Johnson or Jason Statham who can carry a weight and have fun with the more serious yet generic character. Strangely enough, the casting of Wilson and specifically Halle Berry leads to the terrifying assumption that Emmerich actually thought he was making a film of quality and substance. This would explain why so much of the action and focus feels held back and why the film tonally feels completely off compared to what the expectations from the audience were prior to its release.

This also is an explanation to the truly bizarre third act of the film. In a situation somewhat similar to Brian De Palma's Mission to Mars, what starts as a really generic apocalyptic thriller becomes something far stranger by the end. Without getting into spoilers, the third act of the feature contains scenes that invoke almost Matrix-ish vibes as the film attempts to become a larger character drama with larger messages about society and humanity. This is completely out of left field and truly comes as a shock that provides enough of a jolt that it strangely is the best part of the film. While this potential is never realized and these scenes are ultimately hollow, it is a bizarre bit of runtime that at least feels like something somewhat interesting.

While not many expected Moonfall to be a masterpiece, it feels like many underestimated just how much of a disaster the project would be. Almost embarrassingly bad for all parties involved, the film is the opposite of not just fun but also being a competent film. This is one of the worst crafted features in recent memory with even its wild third act not being enough to save the project overall.