Will the real kris kringle 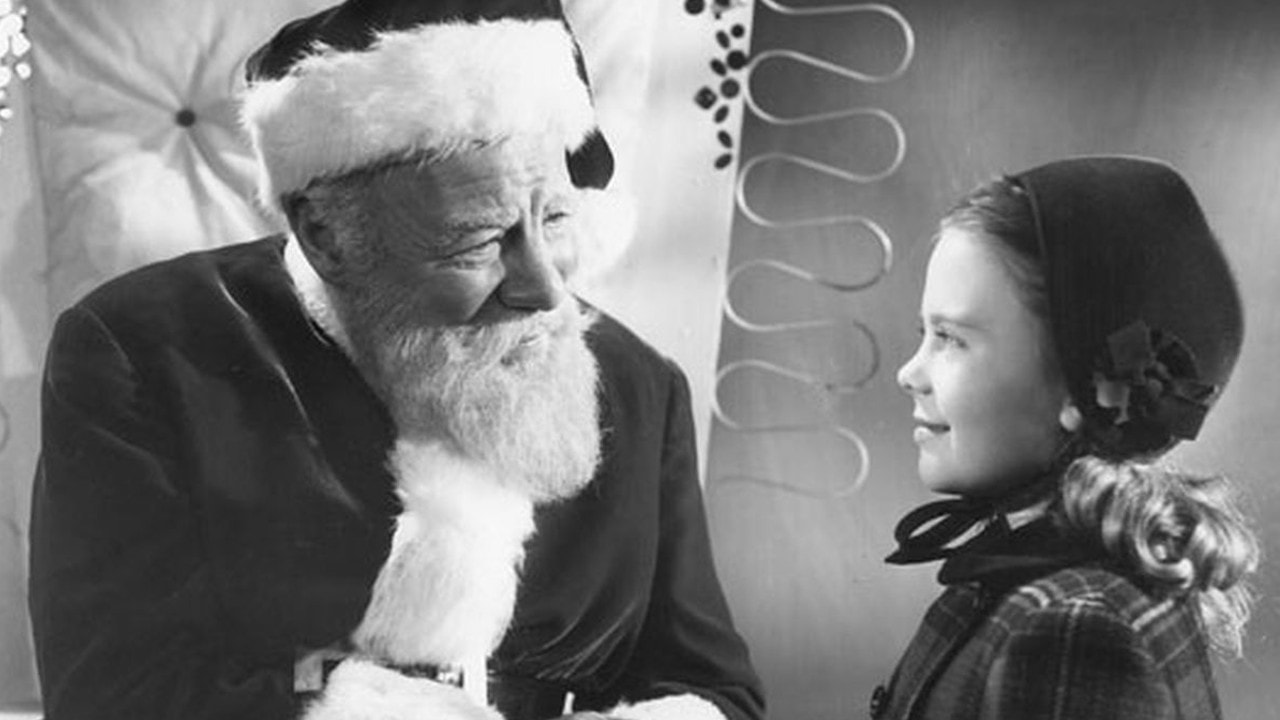 While there has been numerous iconic portrayals of Santa Claus over the history of film, none are quite as impactful or notable as Edmund Gwenn in George Seaton's Miracle on 34th Street. Even going as far as to win the actor an Academy Award for Best Supporting Actor, Gwenn's Santa Claus lives strong in the zeitgeist to this day and for good reason. Out of all the Christmas classics, Miracle on 34th Street clearly stands as one of the most wholesome and genuine.

Taking place in New York City in the rush period of shopping and holiday cheer found between Thanksgiving and Christmas, Miracle on 34th Street sees the stressed and overworked Doris Walker (Maureen O'Hara) make a last-minute call to replace a drunken slob of a Santa with a random joyful man in the Macy's Thanksgiving Day Parade. This man who goes by the name Kris Kringle (Edmund Gwenn) is so good that she offers for him to work as the Santa in the Macy's New York City 34th Street store. He is happy to oblige as it is quickly realized that he believes himself to be the actual Santa Claus. While some think he is insane, some believe he might just be telling the truth and others simply don't care as long as he is making Macy's money.

Taking the commercialization of Christmas head-on, the film feels incredibly genuine in its story of love and magic which undeniably helps cement it as a holiday classic to stand the test of time. Perhaps no other film truly captures the modern illusion of Christmas as well as Miracle on 34th Street. Choosing to use the iconography of busy stores and individuals playing along with the mythos of Christmas rather than large gestures inspired by the holiday, the film feels grounded and built by how society actually interacts with the holiday rather than the idealistic idea of the same relationship. This is also illustrated in the relationship between Doris and her daughter Susan (Natalie Wood). Doris has raised Susan to not believe in Santa or buy into the illusion of Christmas in an effort to better her and help her live life how it is. While this is played for comedy much of the time, it is a perfectly casual conflict that gives a natural emotional arc for the film to use as Kris tries to make a believer out of both Doris and Susan.

The screenplay is smart and worthwhile with every development and twist feeling natural and rewarding. While it might be somewhat obvious where the overall plot is going, it is nice to see the world react so logically to the magic they experience which gives fresh dynamics and content. Seeing Santa react to mental health exams and seeing the theories that pop up surrounding Kris's behavior is entertaining and leads to unexpected conflict that helps elevate the film above plenty from the genre it belongs to. This is all done within a wonderfully clean 96-minute runtime that is incredibly watchable without ever outstaying its welcome.

Finally, it has to be said that the true miracle of the film is Edmund Gwenn. While maybe the likes of Maureen O'Hara and John Payne do get unfairly overlooked for Gwenn, there is no doubt that he is the star of the show. He brings a gleeful charisma and attitude to the character that is layered and at times complex. He doesn't feel like an actor portraying the typical traits of Santa but instead feels like a living and breathing Santa with a personality and humanity rarely seen in the character. It is clear that at least on screen, no one has been able to touch what Gwenn delivers and it is hard to imagine that anyone will anytime soon.

For those looking for a strong and wholesome holiday special, it is hard to find much better than Miracle on 34th Street. Capturing the modern state of the holiday with the presence of magic one would expect from a holiday cinematic expression, this has something for everyone and remains one of the most worthwhile Christmas classics to date.