take a look at us now: 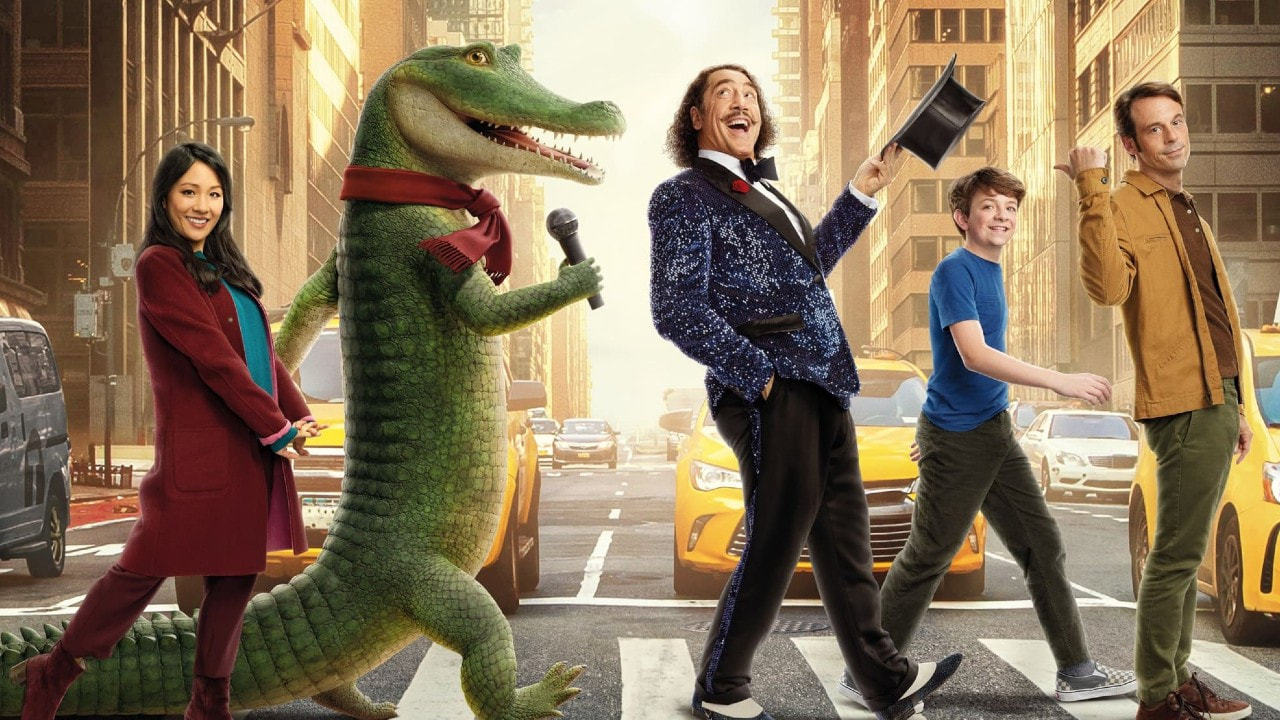 To say the state of children's entertainment has been rough would be an understatement. While there have been surprises, many projects have become dull and repetitive with a lack of both heart and creativity. Many of these films are adaptations of previously created characters and stories with it feeling like only a matter of time until every established property is seen on the big screen. 2022 marked the time for Lyle the Crocodile to step into cinemas with Lyle, Lyle, Crocodile. Following a kind singing crocodile appropriately named Lyle (Shawn Mendes) who lives in New York City waiting for the return of his friend Hector (Javier Bardem) who is off trying to make enough money to get him and Lyle another audition considering Lyle ruined the last with his stage fright, things take an unexpected twist with the Primm family moves in. Moving from the suburbs to the big city is proving to be a rough transition for the young Josh Primm (Winslow Fegley) but once he finds Lyle, things begin to go well as Josh finally feels like he has a place in the world. Drama ensues however as not only does Josh's mother (Constance Wu) find out about Lyle, but Hector returns to try to get Lyle onto the stage!

Filled with heart and genuine fun, Lyle, Lyle, Crocodile is sure to go down as one of the stronger family films of the year. The enjoyment begins almost immediately with the absolutely adorable Lyle. Not being able to speak, Lyle talks mainly through non-verbal gestures and song which prevents any annoying character work or jokes to come from the creature. Instead, incredibly strong animation brings Lyle to life with an innocent edge that plays wonderfully on a massive CGI crocodile. This is not a one-croc-show however as those around Lyle are also incredibly fun. Winslow Fegley is great and never suffers from being annoying or forced as some child performances do. Both Constance Wu and Scoot McNairy play well as his parents while Javier Bardem is outlandishly funny as Hector. Bardem especially is playing a dangerous game as the wacky and loud side character can easily rub some the wrong way, yet Bardem is flawlessly charming.

These characters bring not just comedy, but also heart to the project. While Lyle, Lyle, Crocodile is undeniably a children's film, this does not mean that everything is clean or easy when it comes to emotions. Josh has a rather wonderful arc of feeling lonely as a result of not fitting in which causes doubt and insecurity to form within the character. His mother is suffering from confusion around her career while his dad is also struggling to keep both his professional and personal life afloat. Hector is doing his best to create the best life he can for himself and Lyle, but is running into trouble due to the stage fright of Lyle. Lyle himself feels guilty for this and struggles with his own insecurities as a result, a narrative that plays well in relation to Josh. None of these plots carry a tremendous venom or breakthrough, but they do give meaning to the project and give a substantial heart to the film that speaks to the potential of a children's feature.

The songs are also wonderful. If there is one thing that can be said about Mendes, it is that he can sing with the visuals complementing the spirit of the songs rather perfectly. Multiple songs are sure to get stuck in the heads of audience members with the talents of Benj Pasek and Justin Paul once again being realized on the big screen. After their work on films like La La Land and The Greatest Showman, it is clear that these two are musical geniuses and are consistently some of the best parts of every project they touch.

When it comes to complaints there are only minor grievances. While the CGI for Lyle is consistently strong, the effects for a neighbor's cat which quickly becomes one of the main characters is consistently jarring. The logic and followthrough of the story is also somewhat lackluster in the grand scheme of cinema, but this can be almost entirely excused by the film trying to appeal to children more than adults. While there isn't quite enough to the film to where adults should venture to the cinema to see it themselves, it also will be an easy watch for those who go with children. The biggest frustration plot wise comes from the depiction of city schools that reinforce rather toxic narratives surrounding the kids from city schools to be rude and unruly. Especially considering the demographics of these classrooms, this is an ongoing narrative off-screen that often leads to racist discrimination and assumptions. While Lyle, Lyle, Crocodile is clearly not trying to actively create this narrative, its language and portrayal of these schools do support this stereotype which is something that deserves attention and understanding.

Lyle, Lyle, Crocodile proves that the family genre is not one that has run its course. While films like Dolittle, Scoob!, and Clifford the Big Red Dog might show the children's genre at its worst, films like Lyle, Lyle, Crocodile shows the genre's potential and joins the ranks of other recent releases like The Bad Guys, Ron's Gone Wrong, and PAW Patrol: The Movie as strong options for families to enjoy together.
Become a Patron!