​woman in the world: 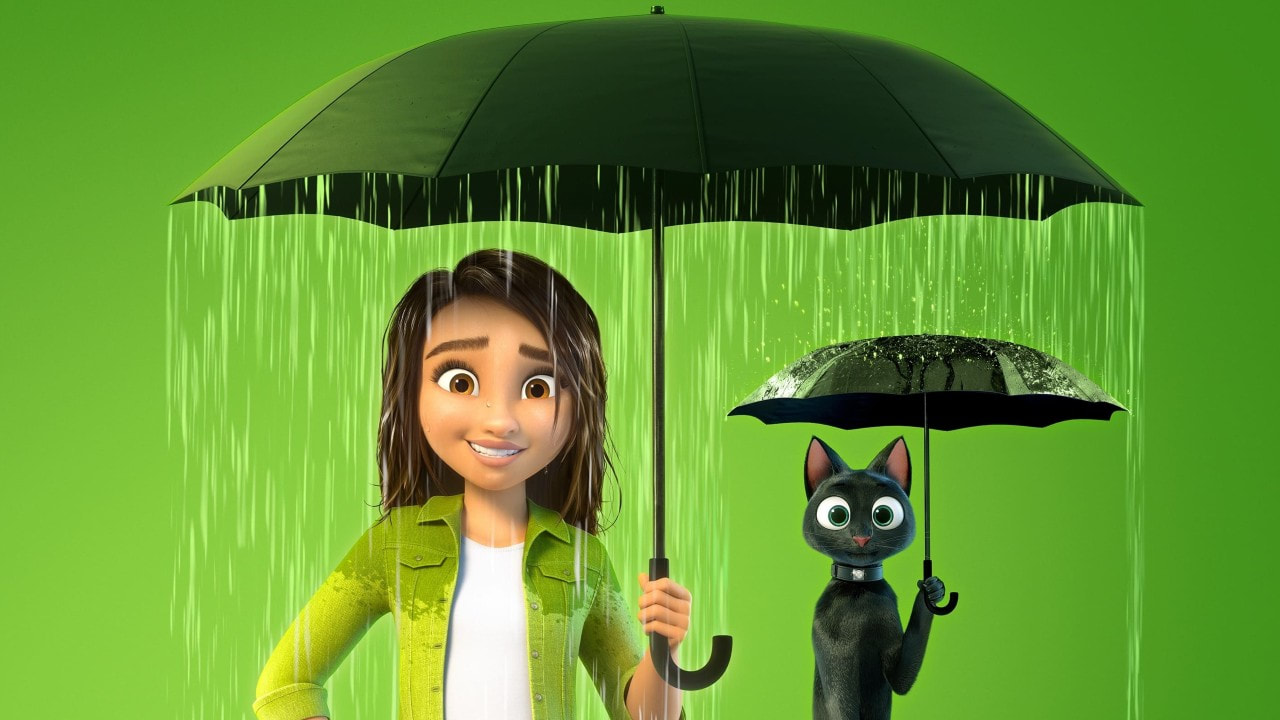 Out of all the newer streaming services, Apple TV+ has come through with the majority of originals impressing when it comes to quality. With their first animated original, Wolfwalkers, being considered by many to be one of the best films of 2020, of course the hopes would be high for the streamer's next outing in feature-length animation which came in the form of Peggy Holmes' Luck. The first feature to come from Skydance Animation, Luck follows a young girl named Sam Greenfield (Eva Noblezada) who considers herself to be the unluckiest person in the world. When she finds a lucky penny, she decides to gift it to her friend Hazel (Adelynn Spoon) who Sam knows from the adoption home. Sam's unlucky streak continues as she accidentally flushes the penny, much to the dismay of Bob (Simon Pegg) who is a black cat Sam befriended who secretly is from the Land of Luck! Sam and Bob go into the Land of Luck to secure another lucky penny which Bob needs to teleport between the worlds.

While the drop in quality from Cartoon Saloon's Wolfwalkers was predicted, Luck is still a rather disappointing animated feature that feels nearly a decade too late. Clearly taking inspiration from films like Rise of the Guardians and Arthur Christmas which create complex worlds that give a new spin to established iconography, the immediate issue for Luck quickly becomes a struggle of engagement. Sending Sam and audiences to a world filled with real leprechauns and lucky pennies, the iconography being played with is simply not that interesting or relevant for much of the zeitgeist. Confusing releasing in the summer compared to around Saint Patrick's Day where at least this iconography would be more relevant, the premise of Luck feels rather random in a dull sense. There is little of magic or cleverness to really be found in this world with the biggest standout simply being the inclusion of a workroom of cats that are adorable regardless of the fantasy world around them.

This type of story has also been seen plenty before, causing the actual narrative of the feature to feel played out and predictable. Has this been released around a decade ago, there could have been some awe found in the ability of the animation to bring this world to life, but that has also become commonplace for the genre. There is very little identity-wise that would cause Luck to stand out among the other animated releases of the last few years. Even the animation itself feels average at best. Time and time again, it is becoming clear that to stand out, modern animation needs to use style to create something visually noteworthy as was the case with Apple TV+'s own Wolfwalkers. This basic type of animated rendering lacks any of the magic and awe it once did. This is particularly bad as the film has a somewhat drawn-out 105-minute runtime that only further causes the story to drag into bordem.

While the story is rather dull, the characters are at least a little more fun. While Sam feels underdeveloped with the main drawing factor being her pure heart, Bob is given a strong persona and attitude by actor Simon Pegg while his sidekick leprechaun Gerry (Colin O'Donoghue) gives the best comedy of the entire film. Luck is a film that relies heavily on its performances to give energy and personality to its characters with the cast stepping up to the plate rather well.

While Luck is in no way a disaster, the film has nearly no truly notable elements either. The performances are strong, but their characters feel forgettable and the story they are stuck in is completely dull. While this is a competent start for Skydance Animation, this is not a film to build much hype for the studio which desperately needs to find a stronger voice and direction if they want to compete with the current animated market.