Very similar to Blindspotting which was my favorite film of last year Luce was far from one of the biggest releases at Sundance this past year. Not a ton of people was talking about it but the smaller amount who had said nothing but amazing things about it. Slowly since it's debut at Sundance more and more started to build about this movie putting it on my radar and then the trailer dropped. This film had easily one of my favorite trailers of the year that absolutely sold me. My favorite genre of film is psychological thriller and this looked to be such a smart and layered film that had an amazing amount of tension to it. Despite coming from a terrible background as he came to America at the age of 10 from a war-torn country Luce Edgar (Kelvin Harrison Jr.) has become a model student and person. He is very active in clubs and is seen as a role model for all who can do no wrong. The only person he seems to not get along with is his English teacher Harriet Wilson (Octavia Spencer). They butt heads often but one day after turning in a paper in which he argues the necessary use of violence Harriet gets concerned and brings her concerns to his parents despite it being in line with what the assignment was. From there a mental game begins as everyone puts Luce into question and the audience has to decide if Luce is just an innocent student who has had his actions put on trial for no reason or if there is something deeper and darker to him. 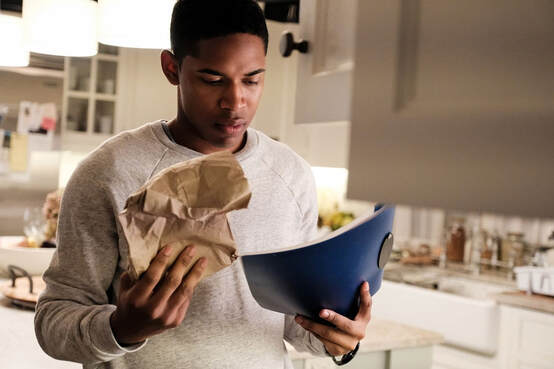 As I mentioned this film really stood out to me with the plot it was telling. This game of cat and mouse as people go back and forth with mental games from all sides looking really interesting and ended up being my favorite part of the film. It is intriguing and I loved jumping into these characters minds and forming my own theories and opinions. The film is very smart when it comes to building this up not just from a screenplay perspective but also with just how it handles the film specifically with the audience's expectations. This film has a lot to say about our expectations and personal ideals we bring to everything around us even if it's not justified and with the character of Luce they do play around with this, when you go into this movie being the type of movie it is you expect characters to be playing at a mental level of 110% especially when it comes to Luce himself, yet the movie never says that. It never tells us that he is anything more than a high school student and as you start to see different pieces of evidence and explanations for things you start doubting your original expectations and start wondering if maybe he is just a normal kid and the fact that everyone brought these huge expectations to who he is and the deeper meanings of every action he makes is fictionalizing something here. This was such an unexpected side to this film just added to the insane level of engagement that is created with the audience. Though even past the plot itself on Luce and if he really is a threat there is so much going on in this film on a deeper level. Without a doubt is one of the best screenplays of the year and it is clear that the screenwriters JC Lee and Julius Onah had a lot to say. This is such an interesting look into the pressures being put on the African American community in the current political environment which opened my eyes to ideas I never even thought about when it comes to that topic. 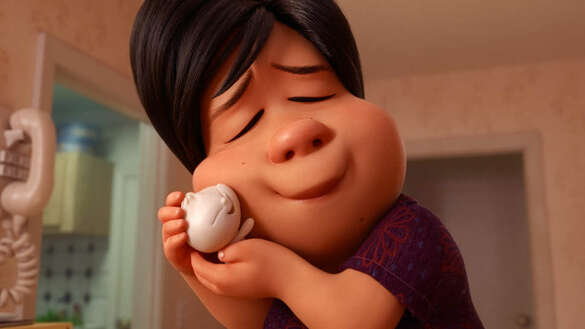 So much of this film works not just because of the incredible screenplay but also because of the acting in it. This is easily one of the best-acted films of the year with literally every actor delivering. Kelvin Harrison Jr. was solid in It Comes at Night but he proves himself as a really amazing actor here. He is so perfectly fake, his character is supposed to be charming and he is but he has that small side to him that makes him seem so fake and I mean that in the best of ways. Like this character is putting on some act which never is confirmed but the fact that he is able to add such a small and subtle element to his performance is really impressive and adds a lot considering it is a huge reason why you can never fully get behind that character. This also could be the best performance of Octavia Spencer's career in my opinion. Where she has been a really wonderful part of films like The Shape of Water and Hidden Figures up to this point this really allows her to shine with not just a larger role but one with more depth and more room for her to really chew on the subject matter and create something special. Her attitude in opposition to Luce is also really wonderful and it is clear that there is great chemistry between herself and Harrison Jr. Where these two are definitely the focus of the film and deserve the buzz they are getting I must also give props to Naomi Watts and Tim Roth who play Luce's parents. They are so good with especially Watts showing some great emotion as she refuses to give up on her son and tries to make everything ok no matter the cost. It would be criminal to also not give props to Geoff Barrow and Ben Salisbury who create the score for this movie. Similar to Us earlier this year I have never heard a soundtrack like this, it is so unique and unsettling easily becoming one of my favorite scores of the year also.

If it wasn't clear before Luce is overall one of my favorite films of the year so far. I feel the need to go see this movie again as there is so much to unpack and explore in this film. The screenplay and acting are just on another level and I really hope people give this movie the attention it deserves. It is brilliant and I just love it so much.