love in the villa​ movie review
​
​by carson timar 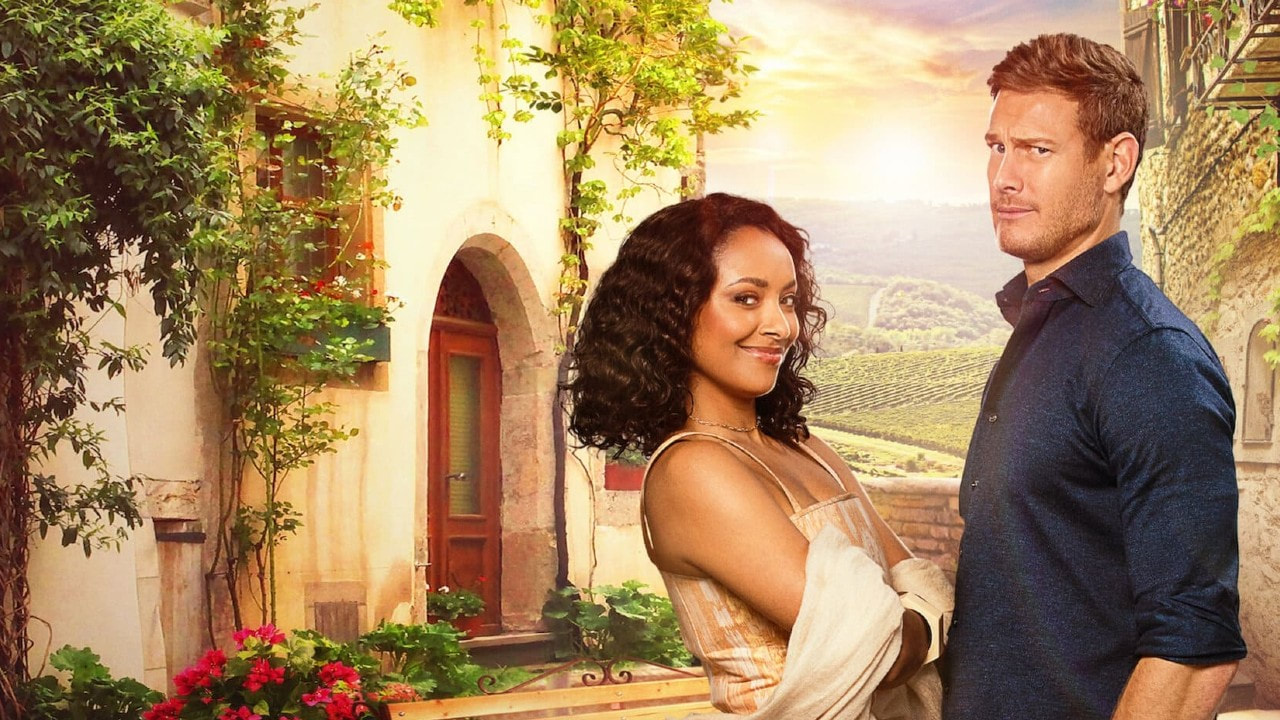 This review was voted by the Buttered Popcorn Patreon page! Vote for which films should be reviewed each month by subscribing here!
The Netflix algorithm of content creation has its favorites. Time and time again, Netflix has its most reliable combinations of genres and cliches to rely on to fill its quota of endless new releases. One of the most popular of these is the romance genre. Throwing two random people together in a somewhat exciting location and seeing them bicker and eventually fall in love is nothing new for the streaming service. Including Love and Gelato, A California Christmas, A Castle For Christmas, Falling Inn Love, The Wrong Missy, Holiday in the Wild, and Operation Christmas Drop just to name a few; it is clear that Netflix sees a great value in this concept. Naturally, audiences wouldn't have to wait long to see yet another rendition of this story with Netflix's newest take being Love in the Villa. Seeing Mark Steven Johnson return to the romance genre, thankfully over a return to the superhero genre, Love in the Villa sees middle school teacher Julie (Kat Graham) take a solo romantic vacation to Verona, Italy after her boyfriend decides to break up with her and not go along with her. Things are rough for Julie but things only get worse as she discovers that the apartment she booked to stay in has been double-booked meaning she has to share it with the abrasive Charlie (Tom Hopper). While the pair have their arguments, and moments of attempted murder on each other, a romance blossoms.

To say that Love in the Villa is forgettable would be an understatement. Playing perfectly into the lowest form of Netflix Original expectations, there is no doubt that within a week Love in the Villa will be lost to the depths of Netflix's catalog. When it comes to the plot, there is almost nothing surprising within the film. From literally the first minute, audiences know exactly what arc is going to take place for each character and the film does nothing to defy these expectations. Because of this, every moment of conflict lacks weight as does every grand moment of affection.  When there is no suspense or drama given, the audience has nothing to latch onto and get sucked in by.

The biggest way the genre traditionally overcomes this is by having its lead duo carry an undeniable charm and chemistry. If the audience cares about the couple, the lacking plot often can slide by as the audience invests in the characters rather than the story. Love in the Villa fails to accomplish this as the cast simply isn't that charming. While it doesn't help that the characters are incredibly weak, the performances are not much better. Both Graham and Hopper are stale and lack any romantic chemistry. This is a sexless romance that never feels real or palpable. It doesn't help that their road to finding love includes literally almost killing each other and acting completely vile towards one another. There is little romance found in the film and the couple feels as bland as the rest of the picture.

When it comes to what the film accomplishes, it is much more areas of competence rather than strength. The actual technical filmmaking is completely passable which is much more than some of this genre can say. Netflix historically has created some of the worst-made films of all time, so to see a film that actually feels like a cinematic picture and has competence behind the camera genuinely does stand out. The actual location of Verona, Italy is also well realized. Any moment of energy or enjoyment from the film often can be contributed to the Italian setting which at least gives the audience something to be engaged by.

Love in the Villa might not be a complete disaster like some of the other Netflix Original romances, but still, the film is entirely forgettable and bland. The actors feel like they are going through the motions as does the screenplay. There is no shadow of a heart or soul found within this production and the final product lacks anything close to romance. Luckily, the film is sure to fade from the zeitgeist and join a long line of bad Netflix originals rather than stand out as one of the worst of the year.