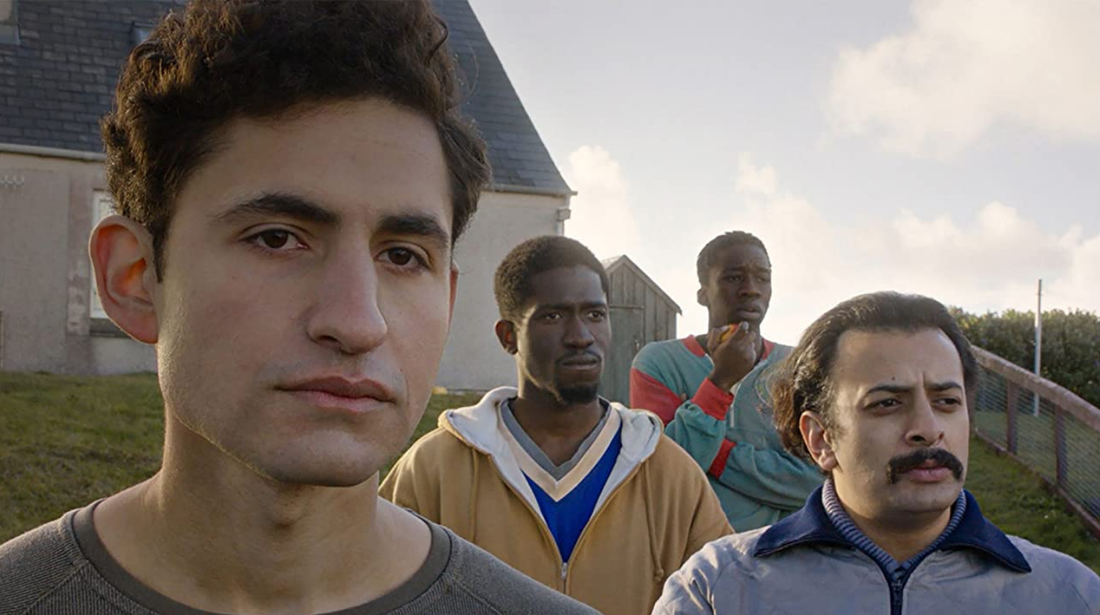 Serving as filmmaker Ben Sharrock's sophomore feature outing, Limbo is a rather stunning and poignant accomplishment that might just sneak in as one of the best features of the year. Set in a fictional Scottish Village; Limbo captures the lives of a handful of refugees waiting to be granted asylum with both a personable yet haunting confidence that speaks to the strength of the voices both on and off camera.

Drawing a similar spirit to the early works of Wes Anderson; Limbo immediately will catch some audiences off guard with its humor and personality which are not always found in stories that also carry such a relevant political weight. Without at all reducing its deeper messages or perspectives; there is a life found within Limbo that feels undeniable. The charm of the characters feels authentic and natural speaking to a deeper truth within this group which often is exclusively portrayed strictly in a darker sense. Similar to non-fiction works such as Last Men In Aleppo; Limbo understands that in order to get an audience to fully empathize for characters they have to understand and relate to them. Showing their personalities and the charisma within them doesn't take away from the deeper messages or moments of pain found within the film, it enhances them.

This is specifically accomplished due to the rather flawless relationship found between the performances and screenplay. Without the right actors to bring the film's overdetermined personality and soul to life, the entire project would end up falling flat. Individuals such as Amir El-Masry and Vikash Bhai however fit their roles as if they were born for them, feeling authentic and effortless in their portrayals of these individuals and immediately proving their talents both in the comedic and dramatic sense. It feels nearly impossible not to get sucked into their various small dramas and hijinks as the film slowly surrounds both the characters and audience with deeper messages and statements like a shark hunting a seal that is playing near the shore.

The film also clearly benefits from the filmmaking achievements found throughout the technical elements of the film. Not only does the feature carry a rather strong pace but the cinematography from Nick Cooke is nothing short of stunning. Meticulously crafted also in a sense that feels at times hauntingly similar to the early works of Wes Anderson and his long-time cinematographer Robert D. Yeoman; the cinematography and specifically shot composition within Limbo both elevates the material in a cinematic sense while never letting it get too crafted to where the sense of grounded humanity is lost within the feature.

From nearly any angle one wants to approach Limbo, the film stands tall as one of the best films of the year. The feature is simultaneously a tremendously fun experience while also being harrowing and haunting in the best of ways. Relevant and important, Limbo demands to be seen and is absolutely worth seeking out!