To Infinity and beyond: 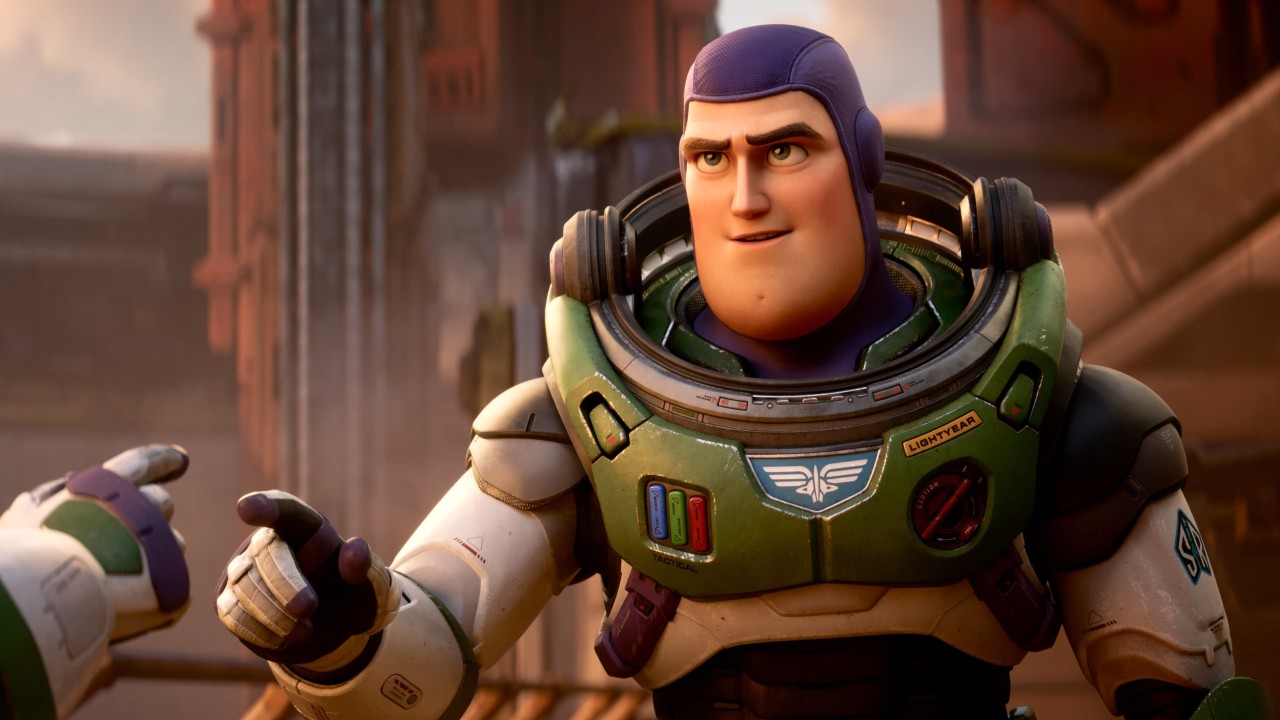 Just starting out as an animation studio, Pixar quickly gained icon status with the release of 1995's Toy Story. Marking a revolution of CGI technology, Toy Story captured the hearts of millions, and nearly three decades later, Pixar is still attached to the now Toy Story franchise. Rather than only making direct sequels, Pixar has explored new options on how to build on these characters with the newest and perhaps most ambitious example of this being Angus MacLane's Lightyear. Framed as the Lightyear film which took 1995 by storm within the Toy Story universe, Lightyear sees the titular character (Chris Evans) accidentally get himself and his crew stuck on a dangerous planet far away from any other known life or help. Taking it upon himself to test out experimental hyperspace fuel needed to get everyone off-planet, Buzz quickly sees the world around him change as each test moves him 4-years into the future. As friends begin to die and this community begins to accept their fate, Buzz loses hope and finally returns to the planet to find that the evil Zurg (James Brolin) has landed on the planet. This leaves Buzz and an unlikely group of rookies to save the day!

After the past 3 Pixar films got completely pulled from the theatrical market in favor of a strictly Disney+ release, it is naturally reassuring, even if it is more than likely simply due to the established IP of the film, to once again see a Pixar production on the big screen! The animation especially is rather stunning with the usage of color and texture being just as stunning as ever before. The vastness of space is incredibly well-realized with breathtaking shots being captured by gorgeous cinematography. Interplaced is uses of color truly cinematic that has the ability to take audiences' breath away. The costumes and the world itself also carry a rather flawless grit that only further adds to the natural feeling the animation carries. The one place where this is sometimes lost is in the character design itself, but this is overall excusable.

Once one gets out of a technical examination of the film, issues sadly begin to emerge. The immediate negative within the film is clearly the comedy. Using the vocal talents of the likes of Taika Waititi, Dale Soules and Keke Palmer to hopefully create an entertaining cast of characters to join Buzz, these characters are absolutely miserable. The comedy is excruciating with no cleverness or intelligence found at any turn. These characters and sadly the performances behind them are genuinely grating and are some of the worst comedic work Pixar has ever done. The one highlight here is Peter Sohn's performance as Sox. An animatronic animal sidekick is a dangerous identity to have when it comes to comedy, yet Sox is undeniably the MVP of the entire production. Every line Sox has got audible laughs and every decision made with the character is incredibly smart. Sox immediately climbs the list of the best Disney sidekicks ever seen.

The story is also rather lacking. While the emotional debate that Buzz finds along the way provides some intriguing ideas, the film gives this debate the time or energy to ever find something really worthwhile or venomous. The larger plot is incredibly predictable and feels rather basic for a studio known for its deeper more mature works. Ironically, Lightyear in plot and purpose feels much more belonging as a Disney+ original than Soul, Luca or Turning Red ever did. It also simply doesn't make a lot of sense. At nearly every turn, the film feels frustrating with characters acting irrationally for the sake of moving the plot around how the film wants things to go. The one argument one could use to excuse this is the absolutely laughable framing that the film is actually the one Andy watched in 1995 ahead of Toy Story. Not only does this make no sense considering the film makes absolutely no attempt to take on the style of a film from that era, but it also just is laughable considering it doesn't make sense considering the film discussed in Toy Story itself.

This speaks to an overall larger problem within the film. When announced, the idea of taking the character of Buzz Lightyear and doing something fresh with the character felt exciting and bold. Rather than giving just another sequel, it felt like at least the film would be doing something inspired and new. Sadly, Lightyear in execution feels creatively hollow. The film does nothing to push the character or find some new angle to use him creatively, instead, it loosely spreads out pieces of his identity to get cheap excitement from the audience in a story that feels lazy and basic. The idea that Pixar would actually stand with a project like this over inspired works like Luca or Turning Red is actually sickening.

At best, Lightyear will be an average feature that is never a disaster, but never anything special. At worst, the film feels lazy with an animatronic cat being the only fully enjoyable thing to come from the script or any creative decision. The animation is fantastic, but outside of that, this is a massive disappointment that hopefully is only a rare disappointment from the studio rather than a sign of things to come.