the storm is on the horizon: 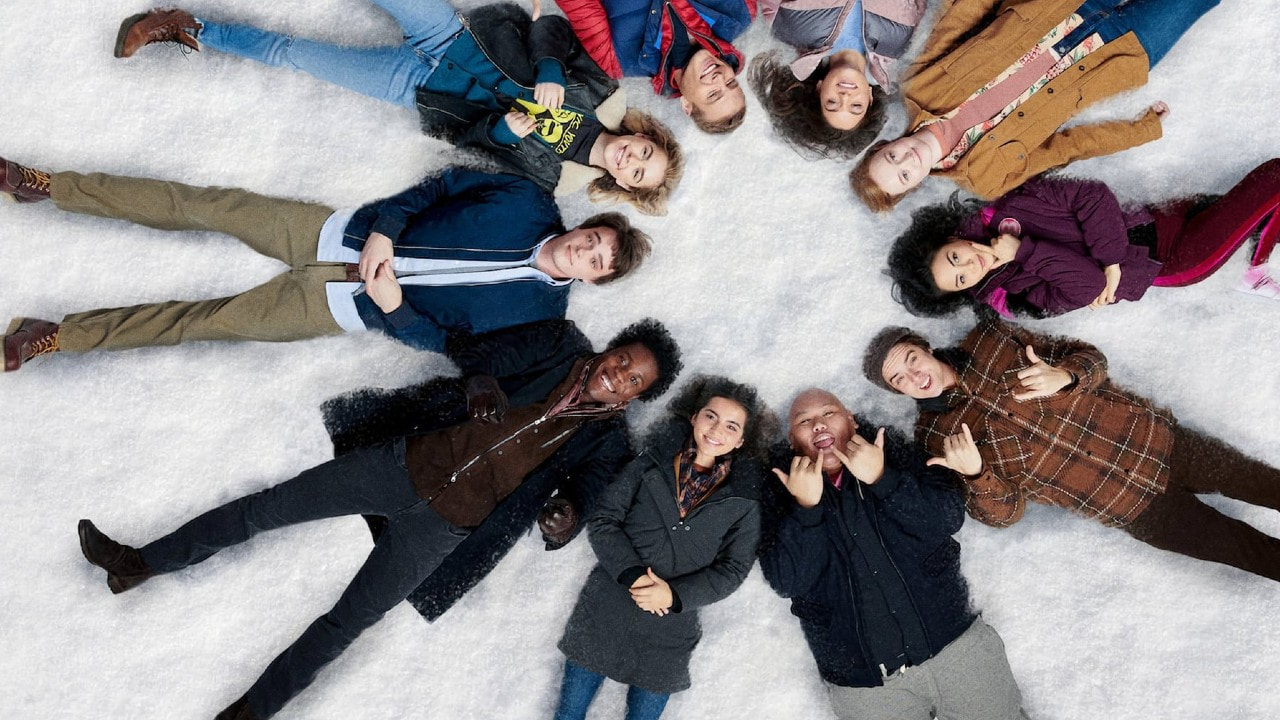 While the Netflix holiday algorithm tends to prefer cozy romances in faraway lands and crazy adventures with Santa, it was only a matter of time until the streaming service blended its favorite time of the year with its favorite genre: teen drama. Taking place on an especially snowy Christmas Eve, Luke Snellin's Let it Snow hopes to capture the holiday spirit through the holistic lens of multiple groups of teenagers who interweave with each other and their wacky Gen Z adventures.

Part of the reason it is difficult to fully explain the plot of Let it Snow is the lack of one.  Going back to the book the film is based on which was written with short stories by multiple different authors, Let it Snow has no distinguishable main characters or plots but rather a collection of vignettes with not nearly enough depth or content to fill an entire film. There is no momentum because there is no destination the film is heading to. Its 93-minute runtime is built by uninspired and instantly forgettable stories that cause the film to drag and bore.

It doesn't help that the characters are all completely average. While no one is excessively annoying, each is the most basic rendition of a cliche that it almost is a joke to call them characters. From the phone-obsessed girl who turns to social media to hide her self-consciousness to the socially awkward guy trying to get his crush to notice him; these journeys and characters have all been done before and better. Largely because of their own one-note characters, the cast is never able to rise above feeling "average" with the one glaring exception being Joan Cusack. Playing a batshit insane old woman who drives around covered in tin foil and complaining about the youth, Cusack is a breath of fresh air as she gives her character an all-out effort of amp and fun that is instantly the best thing in the feature.

Even the winter aesthetic within the film feels lackluster. The entire gimmick for the film's world is the strange amount of snow the town is receiving making travel near impossible. This is not matched however visually or narratively. Especially now with advances in both practical and visual effects, it would be beyond possible to create a truly memorable visual but even Rudolph the Red-Nosed Reindeer does a more impressive job than this. The holiday aesthetic is equally cast aside causing even the basic holiday charm which defines the genre to be lackluster.

Overall, Let it Snow is an innocent failure that while not quite painful, feels incredibly bland. There is little of note to love or hate within the feature with its fate of being lost to Netflix's algorithm feeling awfully fitting. It is there, but the effort of clicking its box and watching it simply isn't justified by what the final viewing experience turns out to be.