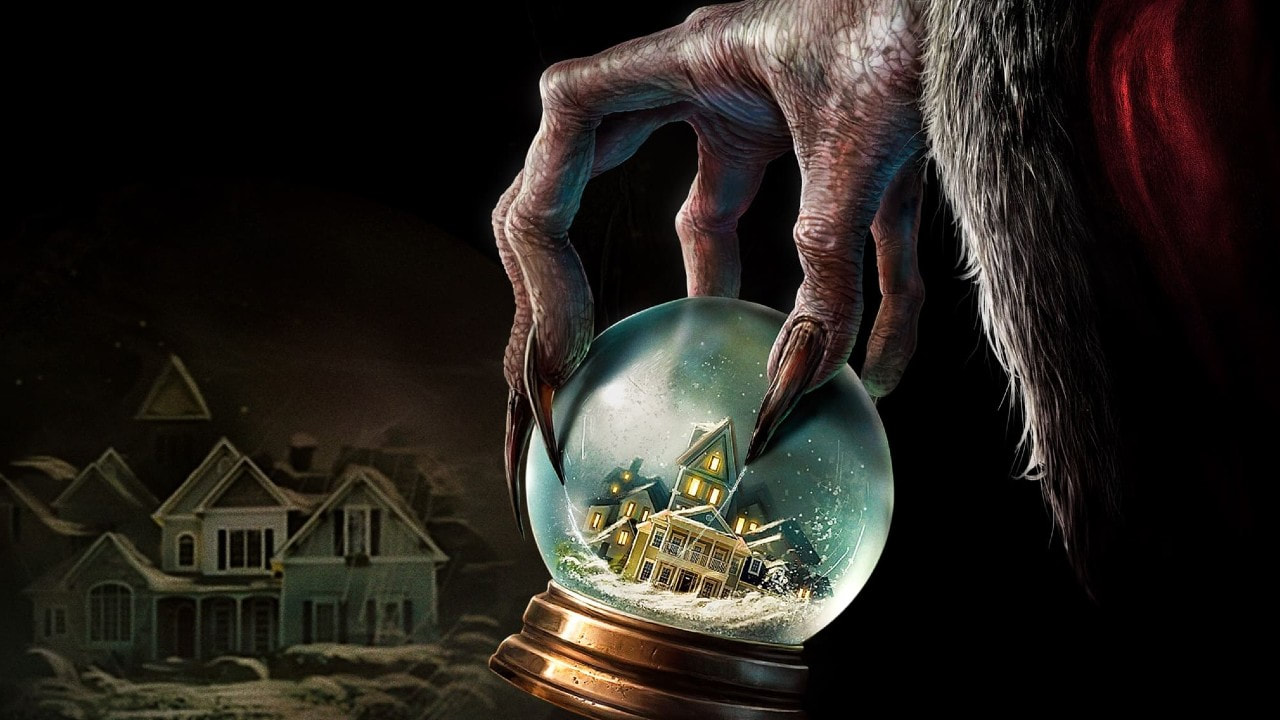 Wherever there is innocence, there is temptation. The Christmas holiday provides endless amounts of joy and happiness so naturally the temptation to turn the genre on its head and find instead a story of terror appears. While various films have played with this idea, one of the defining texts bringing the worlds of horror and holiday cheer has to be Michael Dougherty's Krampus. Following a divided family who meets in all their dysfunction over Christmas only to find themselves hunted by a mysterious evil spirit named Krampus, the feature sets off with the intention of not just being a holiday horror thrill but also a deeper political commentary on the modern state of society.

From the opening credits which feature a montage of holiday shopping at its worst, it is clear that Krampus is biting off far more than it could chew. Almost feeling as if it belongs a couple of years after it came out to correspond with the rise of the radical republican ideals which the Trump Administration made mainstream, Krampus feels far too on the nose and lackluster with its political messaging on both capitalism and the right vs. the left. From showing the misery shoppers go through to buy items for the holidays to the aggressive nature of the two political spectrums represented at the dinner table between the main cast of characters, the film has nothing particularly new or interesting to say regarding its social commentary and it never really feels like the focus. The occasional joke will weave itself into a conversation but the horrors of Krampus come not from problematic politics but rather from an unrelated monster. To include these elements for no real reason and then throw them into the background feels like a strange distraction and leads to some incredibly annoying characters and sequences.

This is particularly frustrating as the horror itself is actually rather strong. While the effects are not always the best, the character design for the various monsters that attack under the control of Krampus is surprisingly inspired with both some incredibly fun and terrifying moments found with them. The visual aesthetic is also effective with the dark blizzard feeling perfectly claustrophobic and almost becoming a character of its own. Audiences can feel the cold and can feel the desperation from the characters who are ultimately trapped by it. Even if they wanted to go outside to try and brave conditions, it has gotten cold enough to where they would freeze to death leading to a genuinely terrifying sense of isolation that is nicely juxtaposed by the traditionally warming location of a house decorated for Christmas.

With Krampus however, it really is a 1 step forward, 2 steps back situation. While visually the film works well, the pacing and structure do it no justice. The ending feels rushed while the beginning feels bloated. The editing is strange as it cannot decide if it wants to be comedic or scary causing some tonally mismatched scenes and the dialogue is normally downright terrible. It feels like there are too many chefs in the kitchen and the film never is able to find its footing leading to a confusing and incredibly messy watch. Even the performances suffer from this with the traditionally talented Toni Collette and Adam Scott giving average performances that feel as if they are from two different films. Truly the only real highlight from the performances is that of Emjay Anthony who feels genuine in his childhood spirit and his willingness to scrap for what he believes in.

Krampus is a film of unrealized potential. At the end of the day, the horror of the film succeeds while the rest fails. The story is confusing and lackluster as the film wanders in and out of various focuses and messages with little care or craft. With an already complex and overdetermined identity, Krampus would have been done wonders with a more clear and simple focus but instead, the attempts to enhance the material ended up drastically dampening it. The final viewing experience is such a mess that the film is overall hard to really recommend with its best moments being overshadowed by its weaker pieces.