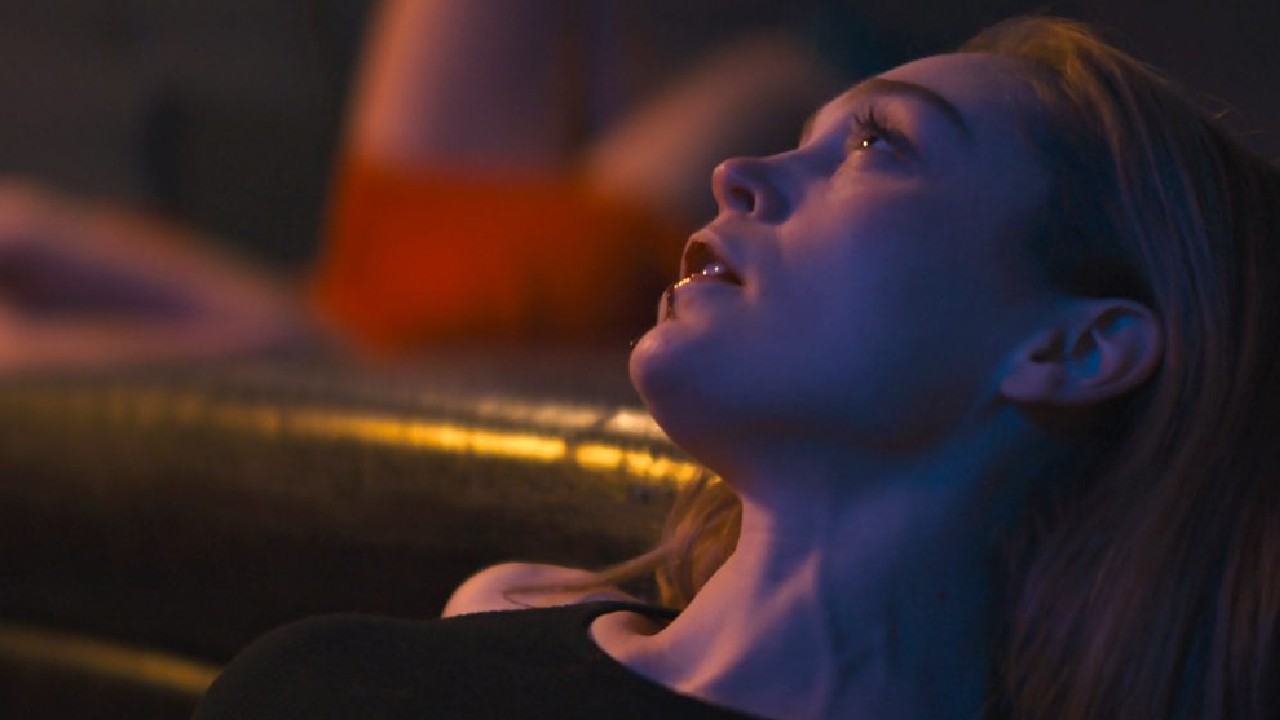 Stories of bloodsucking vampires have found their way onto the big screen for over a century becoming a true icon of the horror genre. Screening as part of the 2021 Toronto International Film Festival, Blaine Thurier's Kicking Blood comes as the newest addition to the genre. Following a vampire named Anna (Alanna Bale) who meets a recovering alcohol named Robbie (Luke Bilyk) who seems rather indifferent to being killed, Anna begins to recontextualize how she views humans and decides to not kill Robbie and instead further get to know him.

If the plot doesn't necessarily sound that original it is because it really isn't. The idea of a monster or killing sociopath who meets an enigma who breaks through to them on some emotional level has been seen plenty before with Netflix's The End of the F***ing World and Shudder's Vicious Fun being two recent examples. While the emotional beats within Kicking Blood might feel a bit paint by numbers as a result, that is hardly enough to ruin the overall viewing experience. It also can be said that adding the element of alcoholism and addiction is at least an effort to make the project stand out even if the final product might not fully embrace this emotional backbone quite how it should.

The shining star of the film is clearly Alanna Bale portrayal of Anna. With vampires, it often feels as if there are an established list of cliches that need to be met but Bale feels rather fresh. With a personable attitude that never feels grating or annoying and a clear ability to find both depth and emotion, Bale is not just fun but also the heart and soul of the project. In more of a supporting role, Luke Bilyk is also a worthy participant providing the film with the majority of its emotional grit. While Anna and Robbie are two very different sides of the same coin, their chemistry is clear and their friendship is charming.

While the acting is of course a large reason for this, the screenplay by Leonard Farlinger & Blaine Thurier also deserves recognition. The dialogue is overall strong with the emotional beats satisfying the roles they play. The film effectively blends comedy and drama to at the very least be a rather watchable film. The runtime being a rather clean 90-minutes also does assist in this.

Overall, while Kicking Blood might not be the best film at TIFF or a revelation in really any way, it is still a good time and worth a watch. The emotions might not be new they are still present with a clear personality of the feature holding it all together. If one gets the chance, give Kicking Blood a chance and try not to get bit.