The price of love: 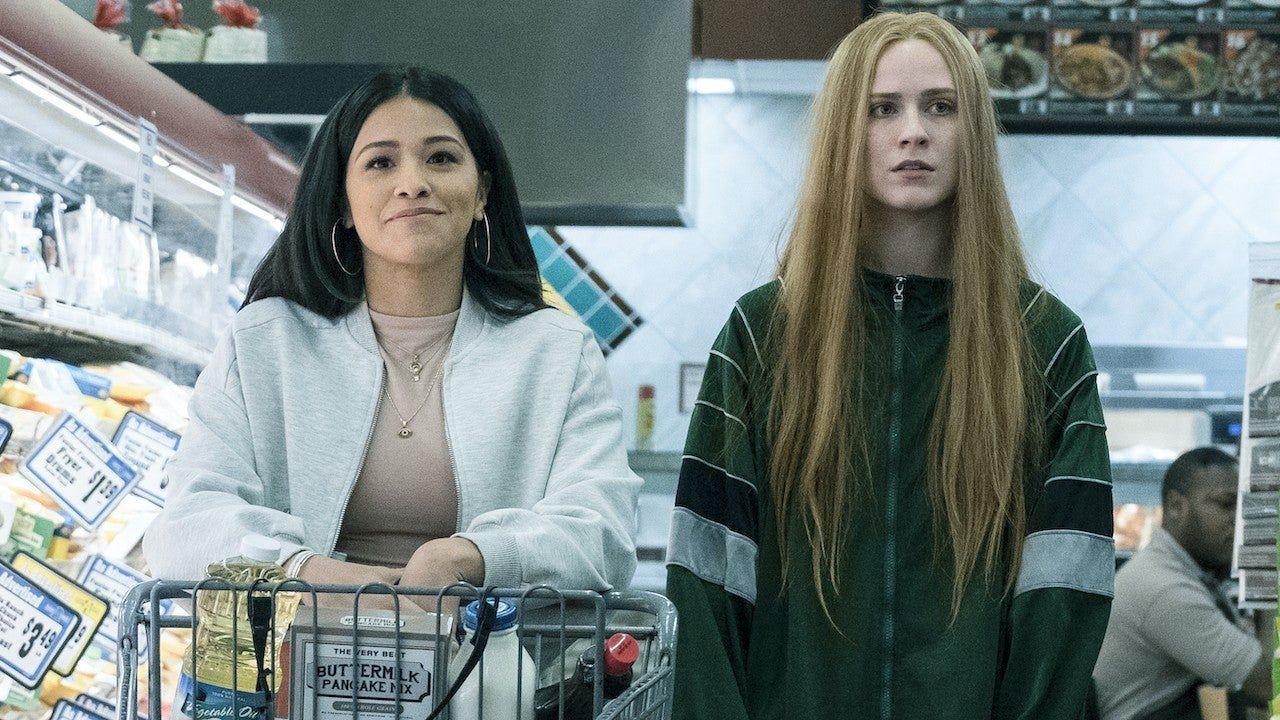 Family has long served as one of the richest thematic subject for film and Miranda July's newest feature Kajillionaire is a perfect example of why. Starting off as an offbeat and quirky comedy following a family who make their living by cheating the system and working as con artists quickly becomes a haunting and emotionally devastating look at family and the lasting consequences a toxic family unit can have on an individual. This adds up to not only create one of the most surprising films of the year but also easily one of the best.

The immediate thing to stand out is the truly transformative performance from Evan Rachel Wood at the center of the film. She is unrecognizable in her performance as Old Dolio, the daughter of the family. From both a physical appearance standpoint and performance, this is an incredibly offbeat and specifically crafted performance that feels believable even with how outside of reality the performance stands. It is her character that starts to question her family and life with the help of a girl she meets named Melanie (Gina Rodriguez) and it is her perspective that elevates the overall material. In supporting roles, Gina Rodriguez is a wonderful outside perspective that really puts the situation in context for the audience while both Debra Winger and Richard Jenkins are haunting as Old Dolio's parents.

The screenplay also from Miranda July is also nothing short of genius. Reading like poetry with endless layers and depths which will consistently provide new revelations and emotions with every rewatch, this truly is one of the best screenplays of the year. The film consistently recontextualizes itself and invokes more and more pain with every minute of its runtime. The pain is unbelievable within Kajillionaire. Slowly creeping into the film and often hidden at first by the film's quirky comedy, the pain is honest and devastating. Kajillionaire is honest and subtle. Instead of instantly showing the audience the depth it carries through an obvious and cliched matter, the film takes a much more nuanced and mature path. The film slowly reveals the darker dynamics through reveals and sequences which are equally jaw-droppingly stunning as they are shocking.

Through this the truth that Kajillionaire will haunt audiences. Rather than having some large and cinematic source of pain and suffering, the film thrives in its smaller and more quiet pain coming from the lack of love and support. It never feels the need to betray the size of its dysfunction and ultimately finds an incredible amount of depth within its smaller, more internal drama. For those who also grew up in a dysfunctional family, this is going to be near triggering in the best of ways. Where clearly crafted, Kajillionaire is brutally honest and puts emotions on screen that rarely gets seen or explored. This is a journey not just defined by the lack of love but also by the power of love in a completely original sense. The combination of acting, screenwriting, and tone builds a near flawless mixture that results in a film unlike any other. Kajillionaire contains pieces of Brigsby Bear, Shoplifters, The Royal Tenenbaums, and 20th Century Women but even that wide list of films struggles to truly capture the range within Kajillionaire.

Kajillionaire is one of the most genuinely stunning films to come out in recent memory. From the quirky start to the heartbreaking ending which will devastate audiences, the film is not only incredibly well crafted but also is also a clearly inspired effort in nearly every sense. From the performances to the screenplay, the film has every element within it working at an incredibly elevated level  Kajillionaire simply is a must watch feature and deserves to be seen and rewarded by everyone.