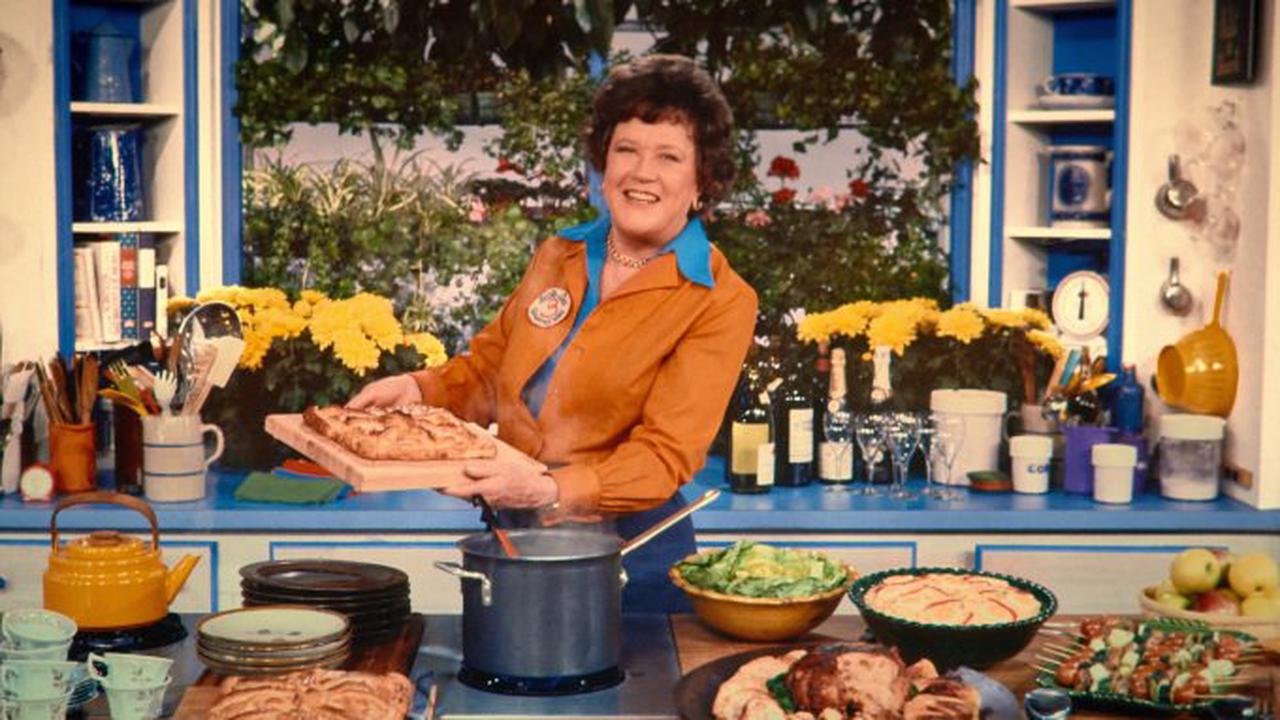 While the modern American culture is largely appreciative of food with countless shows and personalities bringing the art form to life. This wasn't the case however with one of the key figures bringing this to mainstream society being the iconic and legendary Julia Child. Following up their works on biopics RGB and My Name Is Pauli Murray, directors Julie Cohen and Betsy West look to capture the life and career of Child in their newest documentary feature Julia which is screening as part of the 2021 Toronto International Film Festival. Julia follows Child across the course of her life sharing not just the major moments in her career but also trying to capture what it was like inside Child's head.

What stands out the most within Julia is the same thing that stood out the most about the titular character it is capturing Child's personality. Child a natural charm to her with her sweet old lady persona who loved food and eating being irresistible. With the vast majority of Julia being made up of clips of Julia Child, it is only natural that this personality shines through into the picture. Child is simply enjoyable to be around and getting added context not just for her life but what she was like off-camera only further enhances this effect. There is something infectious about the film that will make audiences tackle a recipe in the kitchen and have fun which is a rather impressive emotional takeaway for a biopic to have.

While the film largely is a celebration of Child and her life, it also isn't afraid to tackle some more difficult topics and sides of Child. The film will go into her early views on the LGBTQ+ community and while the majority of stories have a happy ending, this also feels rather daring for a biopic. So many films of the genre feel the need to present clean and morally pure stories without grit or bite but Julia is different, it wants to celebrate Child without erasing any side to her which feels mature and confident on the part of the filmmakers. The film also at times touches on a deeper idea of exploring the role of women within American society but this never becomes a core piece of the film's thesis to where the project overall embraces the concept.

Largely, the biggest issue with Julia is its lack of commitment to finding a deeper purpose of existence. While there are plenty of smaller ideas running throughout the film such as feminism and the relationship American culture has with food, none of these feel that well developed. Julia is a largely basic biopic on the life of Julia Child that while watchable, feels sadly forgettable and hollow. Unlike a timely project such as RBG, there is no real apparent reason why the film exists or was made when it was meaning that there is no real apparent reason general audiences need to check out the film unless they are specifically interested in Child's life.

Julia is a fine biopic that shows a competence for documentary filmmaking even if the project itself fails to wow. Child is loveable and a joy to be around with the project doing her justice, but the project itself struggles to find a purpose or thesis. At only 95-minutes it would be incorrect to say that Julia was ever painful to sit through, but just a couple of days removed and already the film has been lost within the genre it belongs to.