every time a bell rings:

it's a wonderful life 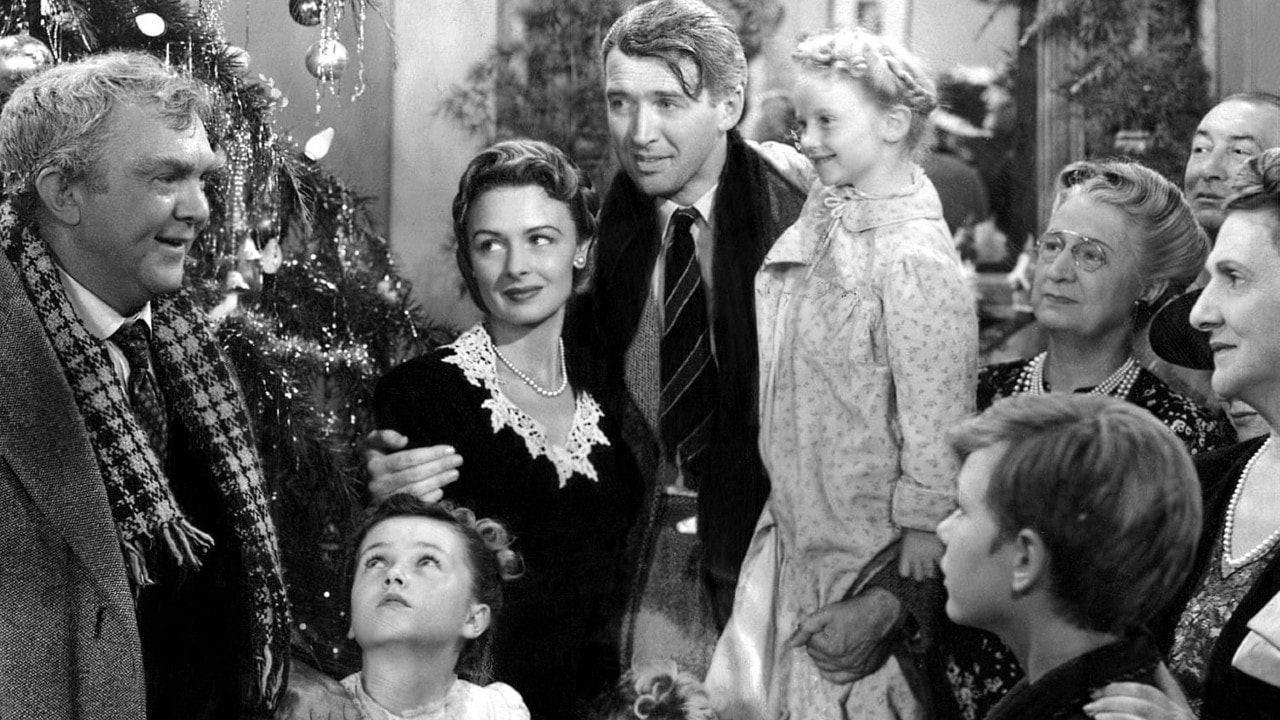 When it comes to the Christmas genre, it is hard to find any single film more iconic and respected than Frank Capra's It's a Wonderful Life. The 1946 feature was a hit when it released and continues to be a hit today with many revisiting the picture annually. However, as usual for films that gain so much attention and praise, there has been a growing number of individuals to turn against the film and declare it to be an overhyped feature with opinions ranging from calling the film average to absolute trash. The truth as usual lays somewhere between these polarizing opinions.

It's a Wonderful Life takes audiences on a journey through the life of George Bailey (James Stewart). From his time as an innocent kid who plays with his friends and saves his little brother from drowning in an icy lake to his adulthood where Bailey is on the verge of killing himself, the audience views the decisions Bailey makes throughout his life and view how they help shape both himself and the world around them. Inherently this is a rather large goal considering both the amount of content this requires and the issue of getting the audience to care. Bailey is not a particularly unique person and the audience has no reason going into the film to care about this individual leading to a film that narrativity could easily have been boring and unengaging. Luckily for It's a Wonderful Life, there are some very smart decisions made as well as just some lucky elements that really help the film overcome the odds and feel both engrossing and rewarding.

The largest highlight one could find within the feature is the performances specifically from James Stewart. Stewart is infectious in his portrayal of George Bailey with a sense of innocent slyness that is incredibly likable. One cannot help themselves from rooting for the guy and his charisma simply makes it fun to be around him. Stewart also however has the depth to make the darker emotional scenes work, speaking to the layers he holds as an actor. Credit also has to be given to Bobby Anderson who plays Bailey as a child. While obviously more subdued than Stewart, Anderson captures much of his mannerisms and spirit making the early portion of the film which is spent in childhood stand strong on their own. It at no point feels like the audience is simply waiting for that part to be over to get to the adult stuff.

The structure of the film is also a powerful tool. The film opens on Bailey as an adult debating on if he should kill himself or not. This immediately adds a gravitas and weight to the feature that helps it never feel too melodramatic or weak. Every scene from that point on carries a natural weight and interest as you know this life of happiness and charm will eventually turn much darker and more depressing. The film proves itself to be a master of creating emotion as the runtime plays with incredibly genuine scenes of love and happiness. From a romantic dinner in a rundown abandoned house to the celebration of surviving just one more day as a bank, the scenes within It's a Wonderful Life are far from conventional and hold an undeniable power to them which helps the film stand out among the other genre classics.

Speaking of unconventional, the guardian angel subplot is definitely the most unique portion of the film. Introduced as stars talking to each other, there is a side plot throughout the film of a guardian angel named Clarence (Henry Travers) who has to help Bailey appreciate life in order to gain his wings. While this element seems out of left field, it allows the film not just to justify its narration and narrative but also allows for an incredibly smart third act where Clarence takes Bailey to a timeline where he never lived which allows him to see how he has affected the world around him. This element plays incredibly naturally and all around feels like yet another key-inspired piece of the narrative that further elevates the feature.

As far as faults, there really are only a few. There is a portion of the film towards the center that does start to drag just a bit and it is clear that its 130-minute runtime could have been cleaned up here and there. The venom of Bailey's fall also feels a bit lackluster with the build to a possible suicide not quite feeling as strong as it could. Maybe it is for the best that this genre doesn't get too deep but it does feel like it could have been just a hint darker. Other than that, it really is hard to find much of fault with the film. It has a crafted and inspired narrative that isn't afraid to take risks while always keeping a successful flame of the human spirit alive.

It's a Wonderful Life to this day stands as one of the strongest holiday features ever made. While sure the claim that it is a flawless film that is one of the best films ever made might be debatable, every piece of the feature is operating at such a high level that it doesn't even feel worthy of having that argument about. Charming, entertaining, wholesome, and clever; this is a holiday film that is sure to stick around for decades to come.