you're a mean one:

how the grinch stole 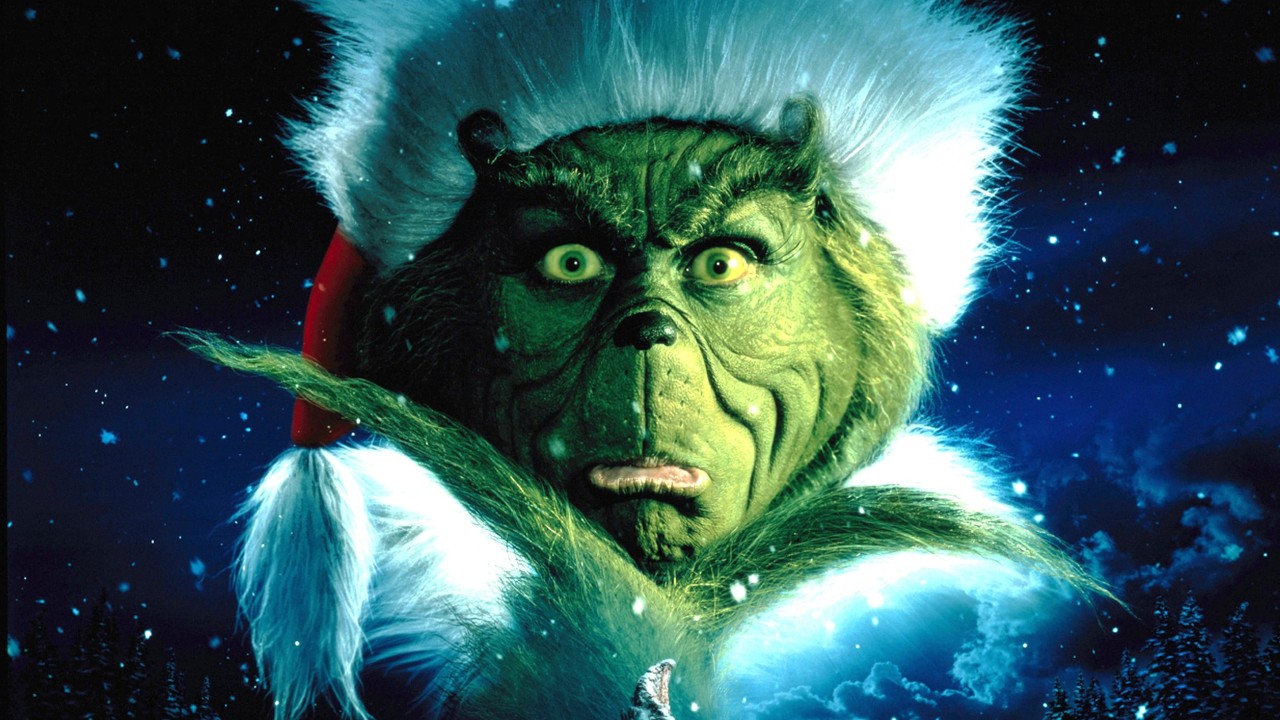 How the Grinch Stole Christmas (2000)

In a time when even the ideas of remakes are quickly crucified and attacked, it is easy to forget that some of the most classic features of all time are direct remakes themselves. For the Christmas genre, it is hard to find many characters more iconic than Jim Carrey's portrayal of the Grinch in Ron Howard's How the Grinch Stole Christmas. Wickedly cruel with the expected heart of gold, Carrey's rendition of the Grinch has stood the test of time and has easily become the definitive version of the character even in the face of other portrayals coming both before and after his efforts. The same sentiment is shared by Howard's film as a large and it is beyond easy to see why.

Coming just at the turn of the century before CGI dominated the filmmaking industry, the practical soul of the film carries a magic and effort still felt to this day. It is not at all an exaggeration to say that the production design seen within How the Grinch Stole Christmas is some of the best ever seen in film. Not just is the large-scale set of Whoville absolutely inspired but so is every small choice both with what is happening in front and behind of the camera. The film is thoughtful with cinematography and editing with simple tricks like shooting in reverse and changing perspectives on angles giving the film iconic shots and sequences unlike anything seen in film outside of this. Every single thing on the frame is also crafted to be unique and unlike reality. From chairs that are carved impractically complex to the hair and makeup on every character, nothing within the film is simply going through the motions. The crew behind the feature is putting effort into every piece of the production and that elevates the film massively overall. Being vastly practical, there are also no weird effects that have aged horribly. The CGI that is used is incredibly strong and overall, it is hard to find a single thing within the film that has aged poorly when it comes to technical craft.

In fact when it comes to aging, the only things that stand out as products of their time are positives within the feature. It is almost cruel just how far the family genre has fallen with no film made within the last decade even coming close to the strengths of How the Grinch Stole Christmas when it comes to its screenplay. The script is not written with the goal of finding the most basic and cheap humor one can find but instead is designed to be genuinely entertaining for all audiences. The film has countless jokes that will fly over the heads of children and are meant for the adults in the room while the comedy in general has a cleverness and brain behind it. More than just being a cheap comedy or family feature, the film is a substantial film with arcs and craft in both its moments of emotion and humor. Compared to other family features including 2018's The Grinch, this is clearly leagues ahead of the game which is tragic considering it represents a genre from decades ago. The downfall of the family genre is clear and remains one of the most disappointing modern veins of cinema.

The emotions of the film are also solid. While maybe nothing super poignant or new, the arc of the Grinch is one of the stronger empathetic villains in cinema. The backstory truly makes the audience understand and feel for the character yet the film isn't afraid to then show him being truly cruel and evil. There is a complexity to his character and again this feels like a concept the modern family genre would simply be afraid of. While the screenplay is clearly a major part of why this character comes to life so effectively, make no mistake that the soul of the character belongs to that of Jim Carrey. Carrey gives possibly his best role to date here with him transforming into this character with not just stellar makeup but so many small mannerisms and character choices that it is hard to view the Grinch as an actor in a costume. Instead, he feels alive. This is the height of what a character and performance can be which signals an incredible amount of talent and attention given to this role.

To this day, How the Grinch Stole Christmas stands as one of the most inspired and truly magical holiday texts. With iconic performances, dialogue, visuals and moments around every corner, it is hard to find much that could be better here. While undeniably belonging to the family genre, the film finds an undeniable soul and voice that is smart and filled with effort. For those scared by the family films of today, know that How the Grinch Stole Christmas is a film for all ages and truly is one of the best viewing experiences one could have each holiday viewing.
​