It is no secret that the world of Hollywood is a brash and unwelcoming place slow to change and acceptance. Ryan Murphy decides to explore this with his new limited series on Netflix, Hollywood. Taking place in a fictional timeline where in 1947 a major production studio takes a risk and creates a film titled Meg which features highly diverse individuals both on and off-camera, Hollywood looks to create a fun fairy tale showing the difficulties that minorities faced in Hollywood and just how far some would have to push to realize their dreams. As typical for Ryan Murphy projects, Hollywood has its ups and downs often feeling problematic despite having a good heart. 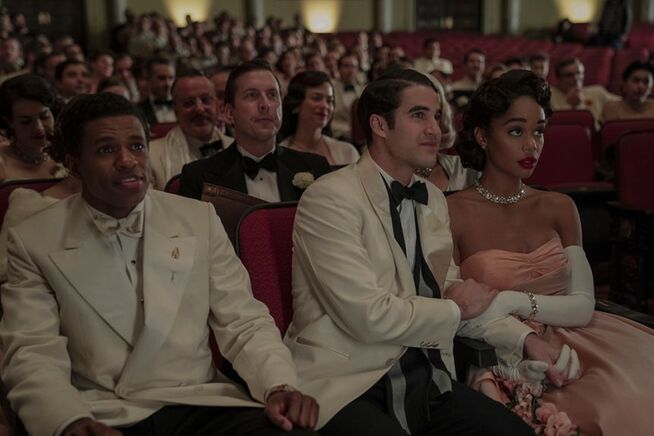 There is no doubt that the show means well. At the heart of the series, Hollywood is trying to be a feel-good look at those who society looks down upon standing up and achieving their dreams which is hard not to get behind in some way. Obviously you want the best for these characters held back by their race, sex, and sexuality. The show wisely keeps the audience guessing how it will turn out. With every setback, it feels like their dreams could end and by the end, it is genuinely moving to see some of their dreams be realized. A major reason any of this works is the acting which is solid throughout the cast. Where Jim Parsons might steal the show as the endlessly charismatic and sassy Henry Willson, actors like Laura Harrier and Darren Criss give layered well-crafted performances that are genuinely likable and easy to get behind. Where in this sense the show is captivating and easy to get through, because it takes place in such a fantasy timeline it is hard for the series to leave much of a lasting impact. Clearly, the America shown in Hollywood is not one based in the reality of how society handled topics of race and sexuality causing the story to feel nice but void of being any actual reflection on the world. 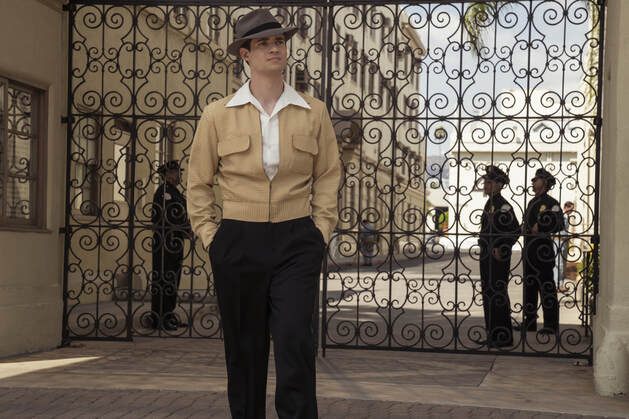 The other area where Hollywood really struggles is in its character dynamics. Where most of the characters, especially from a performance standpoint, are likable and entertaining multiple characters are gross. At anytime seeing characters like Henry Willson force his clients into sexual activity would come off as gross but especially coming after the #MeToo movement it feels disgusting to play to these toxic traits in the movie industry as gags and then to try and act as if the characters are fun and overall likable. The show through this also validates many damaging cliches for the LGBTQ+ community painting multiple people in the community as horny manipulating individuals who will do anything for sex. The characters are hard to watch and make the show feel gross in return ruining nearly all good doing it was managing to create with its fairy tale of diversity. Simply making a character charismatic is not enough to make up for their toxic behavior and when the show already is going against reality for the joy of the story, these dynamics easily could have been left out. The story also just feels messy as it bounces around multiple characters often feeling disorienting and lacking focus.

Hollywood is definitely a watchable show and clearly has a good heart behind it as a fairy tale showing diversity triumphing over a judgmental society but as is often the case with many Ryan Murphy projects, ends up shooting itself in the foot with its own problematic ideas. The show easily could have been a simple but enjoyable story but constantly it takes the audience out of the world it builds with gross characters and representations that make the audience want to turn the show off more than anything else. With the best of the show being "good" and the worst of the show being genuinely gross, it is hard to recommend Hollywood especially considering there are so many incredible shows on Netflix alone that deserve more attention than this