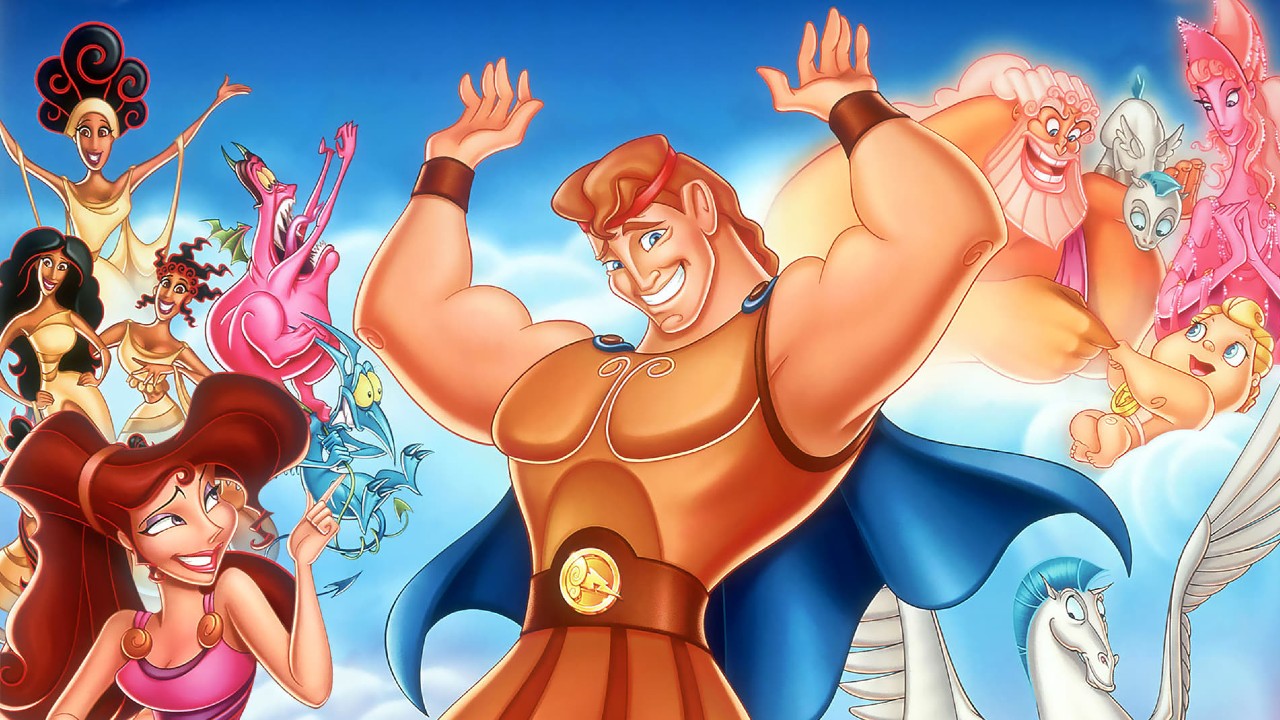 As with all good things, the legendary Disney Renaissance had to come to an end eventually. After creating some of the most iconic animated features of all-time and raking in millions of dollars, the 90s and this prime era of Disney was quickly approaching its end when Hercules was released in 1997. Pairing Ron Clements and John Musker  back up as directors, Hercules is a loose adaptation of the titular heroic legend that sees the character, voiced by Tate Donovan, have to prove himself a hero to regain his position as a god after the evil Hades (James Woods) tried to have him killed. While Hercules still might stand as a largely iconic Disney effort, its lackluster story and bizarre casting makes it one of the weakest films of the Disney Renaissance.

Immediately, the pacing and focus of Hercules is a noticeably strange decision. Following a narrative that has been repeated time and time again, the film opens with the banishment of Hercules as he is made mortal by Hades and is forced to the world of the humans. This sets up a natural narrative with the easy conflict being how Hercules will make it back in time to stop Hades before he kills the gods and takes over. This is cast aside rather quickly however for a completely different narrative as Hercules struggles to fit in with the humans due to his super strength and is unaware of any connection he has to the gods. This eventually leads to Hercules learning his identity and launching himself into a quest to prove he is a hero to become a god; not because of any pressing threat but rather so he can find his place. Any threat of Hades falls into the background as the film undercuts its own tension to deliver a more comedic and lackluster plot that is underwhelming. Hercules as a protagonist struggles to connect to the audience as having one's biggest issue being that they are too strong is far from being a captivating angle, and much of the drama is presented with little gravitas or purpose. There is a reason why in The Lion King the film moves through Simba's exile quickly with a more pressing weight given to his motivations and emotions.

It doesn't help that the film is somewhat dull when it comes to its charisma and comedy. While the occasional joke lands, much of the humor misses the mark. Rather than developing meaningful personalities, characters are forgettable and shallow with more generic and simple identities that fit whatever narrative beat the film decides to embrace. There is little outside of iconography to set these characters apart from the archetypes they identify with and there is little follow through when it comes to natural development and growth. It also doesn't help that the voice acting is strangely miscast and forgettable. While those such as Tate Donovan and Danny DeVito are acceptable, they do very little when it comes to creating memorable or unique acting that could overall elevate the feature in the same way someone like Robin Williams did for Aladdin. Even worse, there are multiple performances that are outright terrible such as Susan Egan as Megara who brings a bizarre grittiness to a role that is far from deserving of such weight.

There is no bigger crime with performances however than James Woods as Hades. While there is a way to build a unique villain that defies expectations in presence and tone, Hades falls incredibly flat with little venom or weight. One of the brightest parts of the Disney Renaissance is the villains with nearly everyone being iconic. Those like Jonathan Freeman as Jafar and Jeremy Irons as Scar are devilishly fun with the ability to both entertainingly chew on every piece of dialogue while being absolutely terrifying. Woods' performance is far more based in comedy with nearly every moment of drama and evil being undercut by his lack of ability. It isn't that his performance is bad, it just is misplaced as this casting choice.

While these create an ineffective feature, the issues for the film go much deeper. The film's 93-minute runtime is wildly mismanaged with an almost comically rushed third act that ties everything together into the expected final conflict. The iconography and visual design of the film is inconsistent with genuinely beautiful animation being scattered between rather lifeless character designs and world building. The soundtrack might feature some absolute hits, specifically anything with the Muses absolutely rules, but the big hits all land rather flat. While it is hard to say that there is much within Hercules that is a complete failure, nearly every piece of the film's production is simply inconsistent with the bad sadly dragging down the good to find a more mediocre average outcome.

While some might have come to love the film and consider it a Disney classic, Hercules remains a rather clear downgrade for the studio. The film struggles to find a strong voice and identity as it drags itself through a rehashed story with weak characters that lack the iconic performances needed to elevate them. Hercules isn't a disaster but it is underwhelming in nearly every aspect with not a single idea or element of production truly delivering how it should.
Become a Patron!