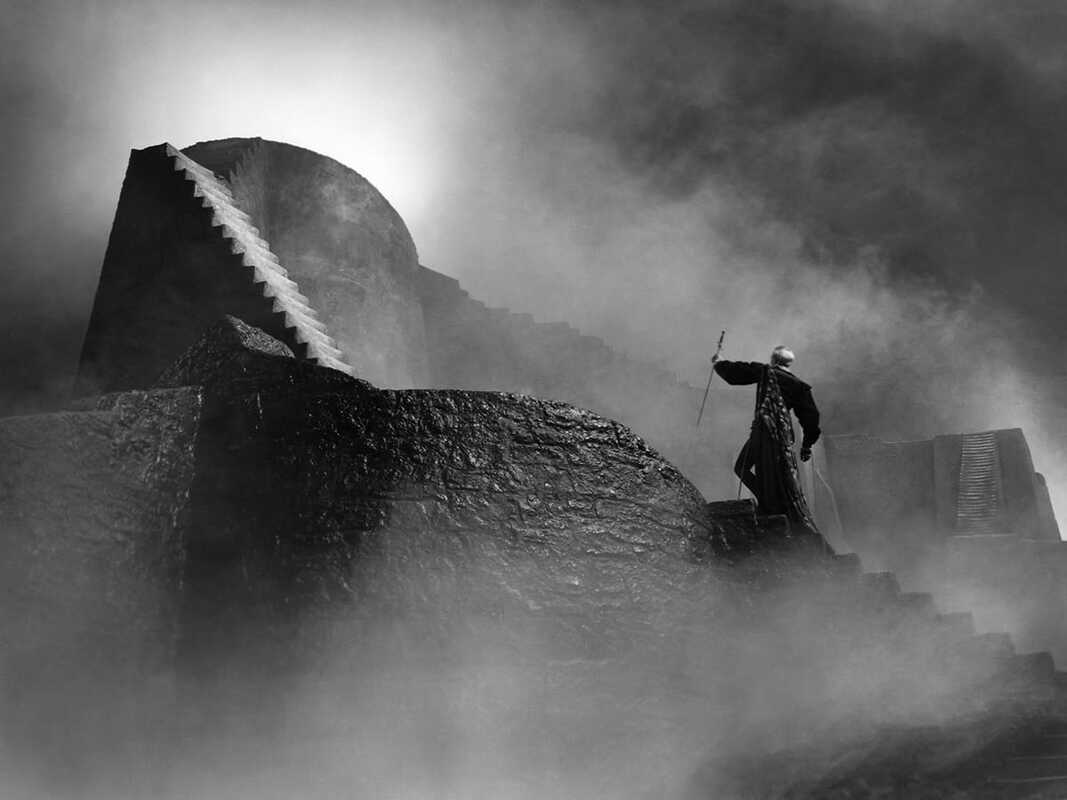 There is a collection of stories that have stood the test of time becoming iconic for multiple generations. Continually popping up again and again in media, there are always a couple definitive telling of these stories with one being Laurence Olivier's 1948 Best Picture Winning version of Hamlet. Transferring the grand story of Hamlet from the stage to the screen, Laurence Olivier's Hamlet might not be able to capture every detail of the iconic story but does an impressive job capturing both the epic scale and layered emotional core of the story with some of the best filmmaking one will ever find.

The immediate thing to stand out within Hamlet are its visuals. Rivalring that of Lawrence of Arabia, there is a visual sense of grandness and scale within Hamlet that is masterful and even overwhelming at times. The combination of cinematography by Desmond Dickinson and Art Direction from Carmen Dillon is legendary. Not just is the production design of the castle and the various physical sets impressive, but the world is one of endless fog and shadows allowing the mind to make the world feel bigger and grander than simply that of a movie set. The visuals that Hamlet creates are thrilling and are one of the many tools the film uses to engage the audience for the 155-minute runtime.

One of the most impressive elements of the film is its ability to captivate audiences. Even with a longer runtime and Shakesperian dialogue that can easily feel forced and distracting in other projects, Hamlet stands out as incredibly engaging, never feeling boring or dry. Where there are multiple factors leading to the end result, one of the largest has to be the performance from Laurence Olivier. This is a tour de force performance that successfully captures the intensity and morality of the titular character as he is pushed and forced to take responsibilities he never wanted. Largely due to this performance, the weight of Hamlet truly connects with the audience and leaves the audience with a haunting feeling of tragedy. Even if the film doesn't include every character or scene from the play, on this basic level of the story's emotional core and thesis, the film is an undeniable success.

Where never boring, it would also be a lie to say that 1948's Hamlet is the cleanest film either. Especially towards the center of the film, where visually stunning the plot does lose its way a bit and it can feel like the film is slowly losing focus of what is important in the story. Yet if the material is entertaining and engaging in its own sense and the story does find its focus again by the credits, the true weight of this messiness as a negative is debatable.

When it comes to captivating filmmaking and epic scale even with limited sets, 1948's Hamlet is an honest masterpiece. The screenplay might have the ability to be cleaner at points, but the emotional gravitas and tragic core shines through and turns the film into a memorable and powerful viewing experience.