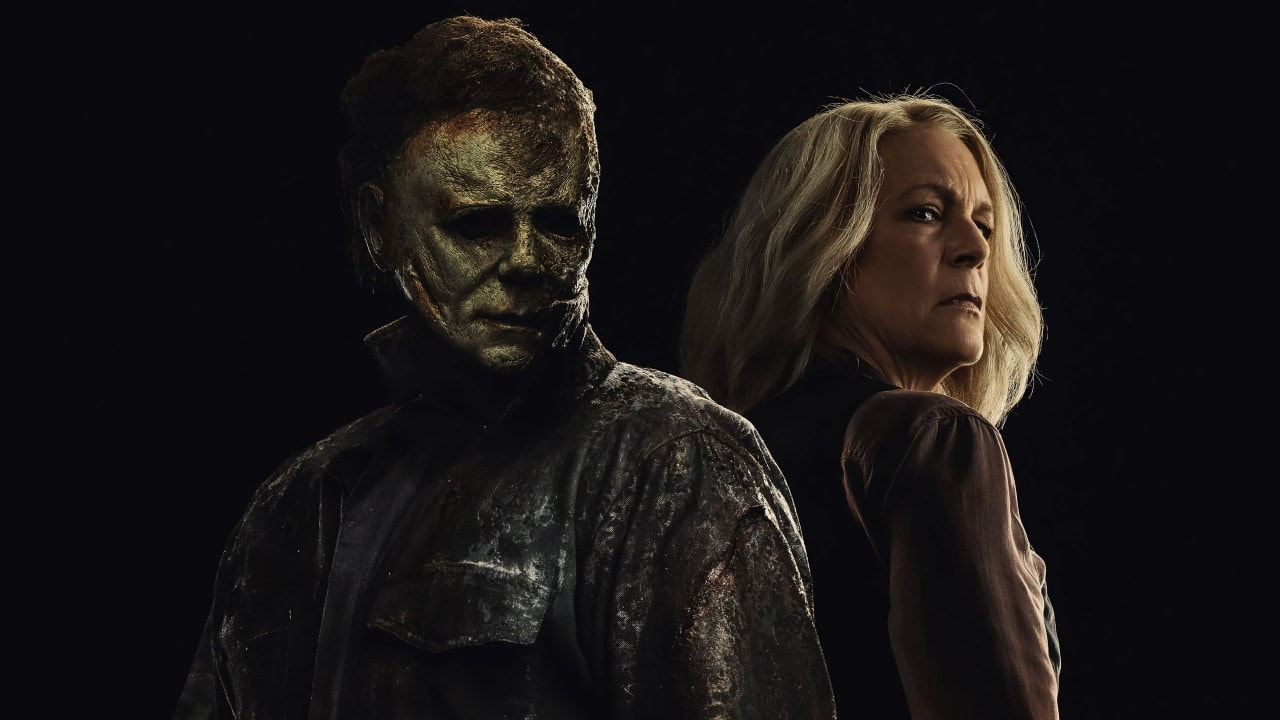 It is hard to argue that any horror franchise has faced the same turmoil and identity crisis has the Halloween franchise. Since its conception in 1978, the Halloween franchise has seen 13 different features featuring a range of genres, timelines, cults, and one unstoppable monster. Everything comes to an end however and David Gordon Green's Halloween Ends looks to not just end the newest Halloween trilogy, but also finally bring to a conclusion the conflict between Laurie Strode (Jamie Lee Curtis) and Michael Myers (James Jude Courtney). This is a large ambition and one that Halloween Ends struggles with as it creates a boring and convoluted pathway to an underwhelming grand conclusion. While not the same level of disaster as Green's Halloween Kills, Halloween Ends is yet another disappointing and flawed addition to the Halloween saga.

While on paper the premise of the film feels natural for Laurie and Michael to both take center focus as they build to one final showdown, Halloween Ends defies expectations by instead focusing on a young man named Corey (Rohan Campbell). One year after Michael Myers last appeared, Corey accidentally caused the death of a young boy he was babysitting and a grieving town was quick to label him a monster. Three years after the killing, Corey is bullied and attacked for this accident which causes both a fear and spite to form within. While he finds some light within a blooming relationship with Laurie's granddaughter Allyson (Andi Matichak), Corey exists in a world of darkness. This darkness is discovered to have a possible tie to Michael Myers and Corey begins to unleash his anger in a fashion similar to The Shape.

To say Corey's arc is anything but terrible would be an understatement. Even on a pure logical level, the thesis makes little sense. The newest Halloween trilogy can largely be boiled down to a grander message on fear and trauma and the symptoms they have on both individuals and a community. In 2018's Halloween, the focus is on how Laurie as an individual has dealt with her trauma and the scars she carries as she waits for her boogeyman to return. In Halloween Kills, the focus broadens to a community that is desperate for closure and is willing to vilanize the innocent to find this closure. In Halloween Ends, the focus once again is on a community trying to find a monster to take their anger out on but this time, it does create a monster. Inherently however, this setup fails the supposed connection that is supposed to be found between Corey and Michael. Michael was not created by society. While some might look for those connections as something they can blame for the pain and suffering that has been caused, the point of Michael Myers is that there was no defining reason or cause for his actions. He is a random force of evil that cannot be stopped or contained. Corey is a monster that was created. He is a seemingly good kid who is fueled with an anger to become a monster himself. While these two narratives both have potential for captivating horror villains, they are notably different and to try and connect the two as if one is the same as the other only does a disservice to each character.

The realization of Corey's anger is also wildly drawn out. For anyone hoping to see Laurie and Michael duke it out, one will have to wait until the final few minutes of the feature as over an hour of the film is spent on Corey's relationship with Allyson and him dealing with local bullies. This creates one of the most drawn out and boring films from the Halloween franchise to date. It is clear that there was a lack of idea of what to do with the film's 111-minute runtime and it feels beyond questionable why the filmmakers decided to make this newest batch of films a trilogy when the content was so clearly lacking. Both thematically and plot wise, it feels like there was a natural way to fit in this film's plot with the plot of Halloween Kills that could have made a more focused and rewarding sequel.

Laurie herself is also a shadow of what she once was. Where one might think the death of her daughter would make Laurie vengeful and angry, it has instead moved Laurie to the suburbs where she has simply put her trauma away and is now focused on building a home of love for herself and Allyson. Laurie is writing a book about her experiences and tries to get Allyson to go out with Corey. This is a completely random departure from the character of the Laurie Strode that has been seen before and it is beyond confusing. To have a character so deeply defined by her trauma simply be able to play ignorant towards it as a choice is invalidating to the message of survivors that the franchise has built to this point. Randomly, she then falls back into her fear creating an inconsistent understanding of her relationship to the emotion.

These inconsistencies go far beyond just Laurie. Corey is an enigma when it comes to his strength. While he will get beat up by bullies and is timid to even speak, the very same evening he will stand up for himself against a police officer and nearly get into a fight. Michael Myers is shown as weak and slow due to his age, but then will be running around killing people like it was the 1970's again. Halloween Ends is a film that creates characters and personalities not for the feature, but rather for the individual scenes and whatever the film demands at that time. There is a complete lack of followthrough and build that is equally confusing and frustrating.

Perhaps the biggest frustration of all is the failure to capitalize on the death of Karen Nelson (Judy Greer) from the previous film in the franchise. The death of Laurie's daughter is a clear moment of escalation for the severity and threat present to Laurie. This should be an act of diastrophism that gives Laurie and her family a more active role of revenge. Instead, Halloween Ends turns Karen's death into an afterthought. There is no meaning given to her character beyond that of if she died in a car crash randomly before the film with the moments of grief feeling shallow and hollow. Allyson herself seems rather unaffected by the event and even plays ignorant to the threat of Michael Myers even though she should be more aware of his danger than ever. It is an elephant in the room that goes nowhere and truly it feels as if Greer just wanted to be written out of the third film and the filmmakers had no intention to use this event to further a narrative or emotion.

This unremarkable build leads to the grand face off. Laurie Vs. Michael. While there is some strong brutality and badass moments in this fight, it is important to put this fight into context. This comes at the final 10-minutes of the feature. This has been a conflict not on the minds of either individual as they happen to meet almost by chance. There is no build or grandness to this fight other than the audience being aware that this is supposed to be the final one. It is as dull as any of their previous encounters have felt and it doesn't help that the concept of killing Michael Myers is a rather strange one. This new trilogy from Green has gone out of its way to specifically show the supernatural immortality of Myers to the idea of killing him is a strange one. Stab wounds and cuts no longer feel like a possible avenue to ending his terror, yet the film knows no creativity beyond this. The final conclusion is confusing and weak with no sense of poetry or understanding of Myers as a creature. To conclude such an unfocused film with such a quick fight with such a bland ending is a shame, especially considering this is theoretically supposed to be the finale of a story going on for over 40-years.

For anyone hoping Halloween Ends will stick the landing and give a proper satisfying conclusion to the Halloween horrors, disappointment is sure to be found. Halloween Ends is a boring and hollow feature that has to waste over an hour of runtime to simply be called a film. There is no reason for this feature to exist and sadly, any potential of the 2018 Halloween has been lost. This is a dull and emotionless conclusion to the Laurie Strode Vs. Michael Myers conflict that carries no weight or logic. Hopefully this franchise can be laid to rest as clearly, the terrors of Haddonfield have nothing else to offer.
Become a Patron!