she is not our mom: 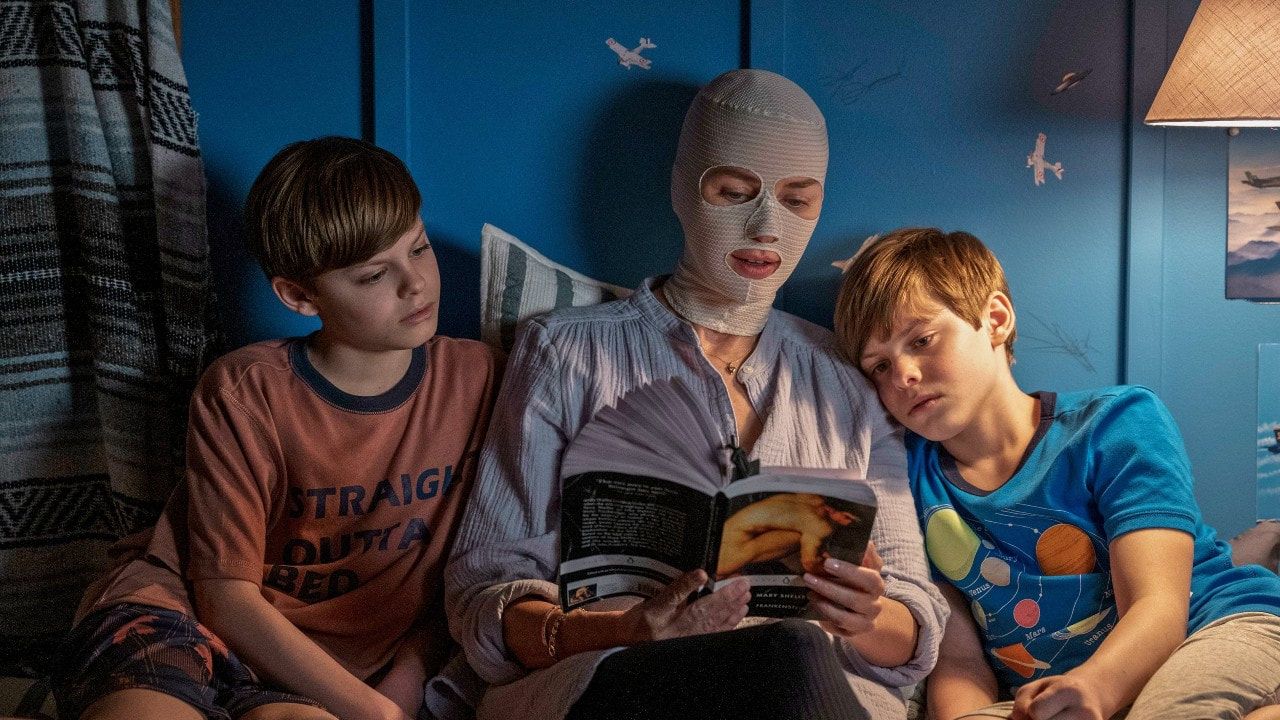 ​​In 2015, the trailer for Veronika Franz and Severin Fiala's Goodnight Mommy went viral with many declaring it one of the scariest trailers ever created. The film got a mixed reaction, but the attention was there, and naturally, an American remake was approved. With Matt Sobel stepping up as director, 2022's Goodnight Mommy looks to capture the magic of the original story that features two brothers named Elias (Cameron Crovetti) and Lukas (Nicholas Crovetti) return to their mother's house after a tragic accident has left her face disfigured, causing her to always wear bandages. More noteworthy is the emotional change that has occurred within their mother who is now colder and more distant. She no longer sings bedtime songs and she now throws away their artwork. This causes the boys to question if this really could be their mother and desperation for escape grows.

Rarely do American remakes live up to the original and Goodnight Mommy is no different. The biggest change from the original to the remake is a lack of logic. With the original presenting itself as a mystery that allowed both the kids and the audience to think together through what was happening, the remake provides very little to let the audience engage with what is happening. When it is quickly revealed that the boys think this woman is not their mother, it comes less like a natural conclusion and more a rushed and forced switch. The screenplay itself clearly understands this as the film devolves into an almost argumentative debate with the film desperately trying to convince the audience that this is the truth. It comes so early on in the runtime however that the audience will immediately clock this as not being the reality and the entire twist quickly begins to fall apart.

The relationship is also terribly handled. While there is meant to be a disconnect between the mother and her children, Goodnight Mommy is almost comedic in how hard they attempt to push this. Things become so over the top so quickly that any concept of this being a reality is immediately killed. There is a fine line with this dynamic considering what the truth is, but the feature seems to have a fundamental flaw in conceptualizing this line. It cuts its own legs out from underneath itself and completely butchers its own characters that it desperately needs empathy for at the end.

While the screenplay is absolutely to blame, the performances don't help. Watts has her moments, but her major outbursts are terrible with clear awkwardness and forceness. Watts has proven to be a great actor, but sadly Goodnight Mommy continues her recent trend of delivering poor performances in equally poor features. The child actors also leave plenty to be desired. Goodnight Mommy is a film that lives and dies by its child performances with these two boys being the eyes and soul of the story. It is their fear, their sorrow, and their pain that ultimately build the tension and drama of the piece. This requires careful consideration of actors who can carry this responsibility and deliver appropriately, something that sadly the Crovetti kids fail at.

It might not be that shocking, but Goodnight Mommy is terrible. A combined failure of both the talents on screen and behind the camera leads to a remake that is only a shadow of its already somewhat flawed original work. There is simply no reason one should watch this feature and if one wants proper exposure to this story, it is clear that the original is the one deserving of attention.
Become a Patron!