a knives out mystery 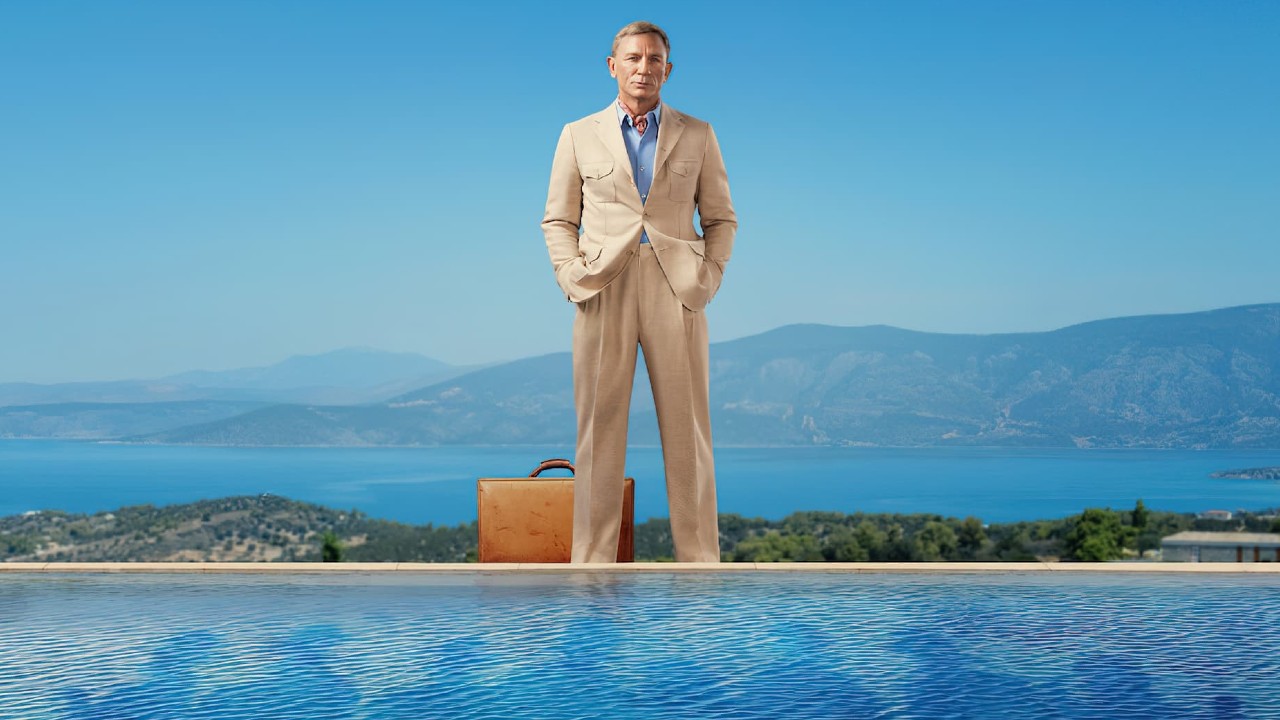 While Rian Johnson has had a turbulent career filled with polarizing works that have both caused outrage and immense praise, it feels universally agreed that Johnson struck gold with 2019's Knives Out. Introducing the world to famed detective Benoit Blanc (Daniel Craig) and a worthwhile mystery that successfully subverted the expected genre and provided some of the funniest scenes in film that year, it is no surprise that Blanc and the Knives Out universe would find their way onto the big screen again. This is realized in Glass Onion: A Knives Out Mystery. Jumping ship to Netflix as a distributor, Glass Onion: A Knives Out Mystery marks the first of two Knives Out Mysteries heading to the streaming giant. Glass Onion: A Knives Out Mystery sees a Benoit Blanc lost and hungry in the middle of the COVID-19 pandemic ready to sink his teeth into a new case. Suddenly, a mysterious package gets left at his door revealing he is invited to travel to a private Greek island to join a group of friends known as the disrupters. As their yearly meet up, the disrupters will have a murder mystery party and want Blanc to join in the fun as they try to find who "killed" their leader Miles (Edward Norton). Once they arrive on the island, ghosts from the past come back to haunt as something seemingly sinister brews.

The substance of the film also feels like a step down from the original feature. One of the most genius parts of the original Knives Out was how it worked in the modern emotions of the time with political debate surrounding topics like immigration and nationalism being worked into the screenplay in a natural and meaningful way. Glass Onion: A Knives Out Mystery greatly reduces its social relevance with topics like the COVID-19 pandemic and the toxicity of influencers being used as punchlines to jokes rather than political statements. It doesn't help that these jokes are often rather dull. While the film is absolutely still enjoyable and plenty of the comedy still lands, it is clear that Glass Onion: A Knives Out Mystery is going to be far less of a laughing riot than Knives Out was. Rather than feeling like a strong stand-alone project like the original film, Glass Onion: A Knives Out Mystery feels more like an episodic edition in a larger series, an identity backed up by the film's place in the middle of the confirmed Knives Out trilogy.

Most of the film's success comes as a direct result of its ensemble. Daniel Craig continues to shine as Benoit Blanc with his performance only growing more confident as it plays into the charisma and personality of the character. Edward Norton has a wonderful venom to his performance while the rest of the supporting cast are all likable. While those like Dave Bautista, Kate Hudson, Kathryn Hahn, Leslie Odom Jr., and Jessica Henwick fail to exceed expectations to become iconic in the same way as Craig, they all deliver and put together a cast of characters that is enjoyable to be around. The two shining stars of the group are undeniably Janelle Monáe and Madelyn Cline. Monáe especially gets plenty of emotional scenes to chew on with her role easily having the most substance and depth. It is these emotional arcs that allow these two to shine above the rest of the crew and give the film its most memorable moments of drama.

If there is a single place where the film truly exceeds, it is in its technical elements. The production design by Rick Heinrichs is rather strong with this lavish Greek island being brought to life in wonderful detail. The costume design by Jenny Eagan is memorable and effective with each character getting their own personality and iconography. It also should be mentioned that the film's use of masks on introduction is one of the smartest ways to naturally introduce these characters and the morals they stand on. The score by a returning Nathan Johnson is also memorable with a strong evolution from the original work that keeps the larger connection in mind. While these elements are all above average when compared to other recent releases, it also should be said that none are quite as spectacular as the original film which continues to be superior in nearly every sense.

While Glass Onion: A Knives Out Mystery is still an entertaining murder mystery, it is clear that the effort to make every piece of the film feel inspired and standout is far lesser. While the original film focused a ton of energy in making every detail as strong as possible to help the film stand on its own, the security of a franchise has allowed the film to accept things like a weaker screenplay and more predictable mystery. Still worthwhile, one should be prepared for Glass Onion: A Knives Out Mystery to not live up to the expectations and refreshing identity of the first film.
Become a Patron!