i am not going back to school: 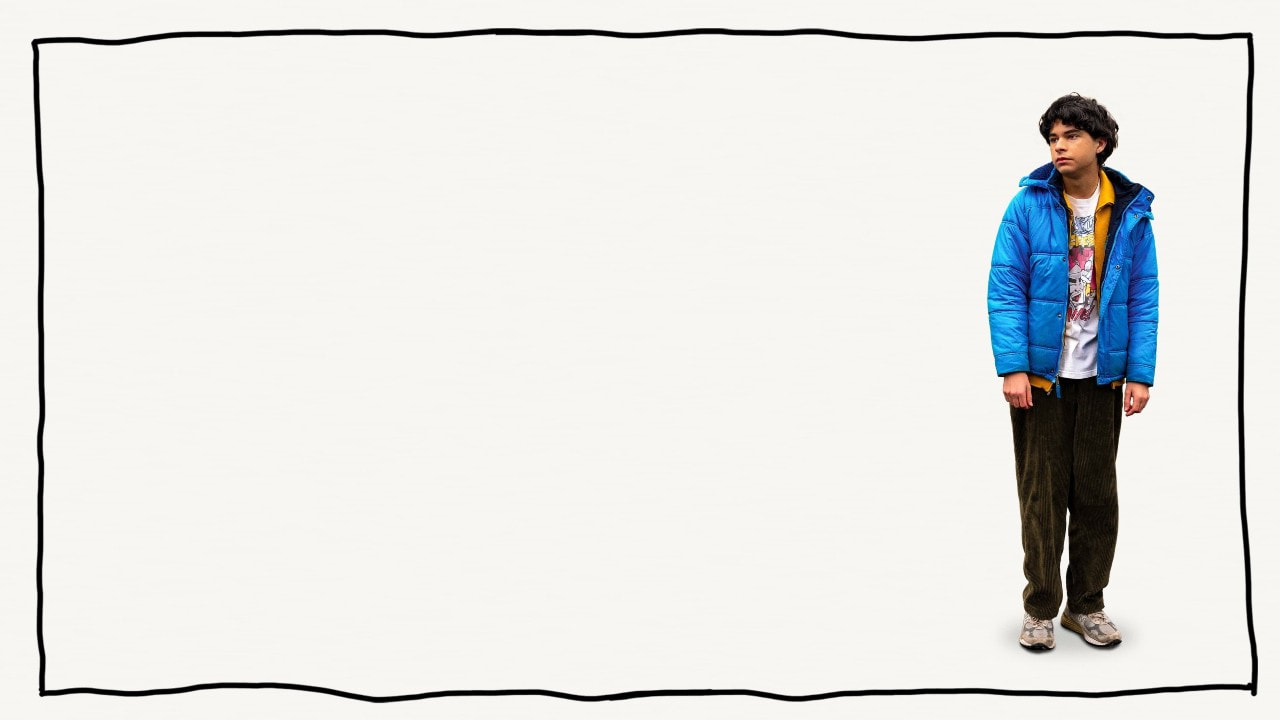 Adolescence has proven time and time again to be one of the richest focuses for cinematic work. With revelations happening nearly every day from new emotions and complexions from the process of growing up, the foundation is there for works of poignance and depth. The newest film from this genre, Owen Kline's Funny Pages, aims to be exactly this. Following teenage cartoonist Robert (Daniel Zolghadri) who goes to live on his own after his parents fight his desire to drop out of school and follow his artistic dreams, Funny Pages aims to be a unique look at teenage rebellion and desire yet ultimately fumbles with a frustrating screenplay and direction.

First focusing on what the film does right, the actual narrative and forces behind Robert's actions are incredibly well-realized. Being hailed as a prodigy by everyone who sees his works, there is pressure put onto Robert to not waste his talents. He is constantly told by those in the very industry he aspires to be part of that his school is a waste of time and that if he applied himself fully to this profession, he could reach incredibly high levels of success. Of course, his parents don't see this potential and instead aim to hold Robert to his education. Without the lived experience to see why this is important, Robert is left with an impossible decision. Either he leaves the nest and fully commits to his dreams, or he threatens his dreams entirely and sticks to the plan his parents want. While there are of course other options and nuances, Robert lacks this insight which speaks to the authentic adolescent experience. The film does a wonderful job at bringing these pressures to life and it plays incredibly well when it comes to building empathy and understanding for Robert's brash actions.

This is also largely due to Zolghadri's performance. Layered and perfectly innocent, Zolghadri carries a natural charisma that forces the audience to root for him and wish the young kid the best. The lead performance is a key element when building stories like this and Zolghadri impresses wonderfully. The actual craft behind the camera is also really strong. The film carries a rougher more independent feel that plays into the chaos happening in Robert's life. Similar to how the style of Uncut Gems matches the brain and chaos of Howie, Funny Pages devotes itself to the experience of Robert and uses its filmmaking to further express these emotions.

Sadly, the film has its flaws. Mainly looking at the screenplay, there are a number of key moments and conversations that fall flat with the film struggling to understand how and when to use comedy. Comedic scenes will not only go on too long, but they also will invade moments belonging to simpler emotion and at times, threatens to make the film become a parody of its own identity. This isn't helped by the fact that much of the comedy is simply unfunny and becomes grating way too early into the film. It also has to be said that the LGBTQ+ representation in the film is terrible. Trying to find a cheap room to stay in on his limited budget, Robert ends up moving in with two queer men who are portrayed as something to laugh at and find horror in. It never is quite clear if they have devious reasons for letting Robert move in and the conclusion to these characters feels like queer representation from the mid-1900s in the worst of ways. It is disheartening to see queerness used as a gateway to uncomfortableness and fear and sadly proves that while there are massive strides happening with queer representation, there is still a ways to go.

While Funny Pages has an innocent heart and does well showing the pressures that can be put on teen life, the film is sadly a mess. The comedy is incredibly lackluster with the results ranging from boring to problematic. There is clearly something buried within the soul of Funny Pages that is worthwhile, but the final project never finds this potential and ends up being impossible to fully recommend.
Become a Patron!