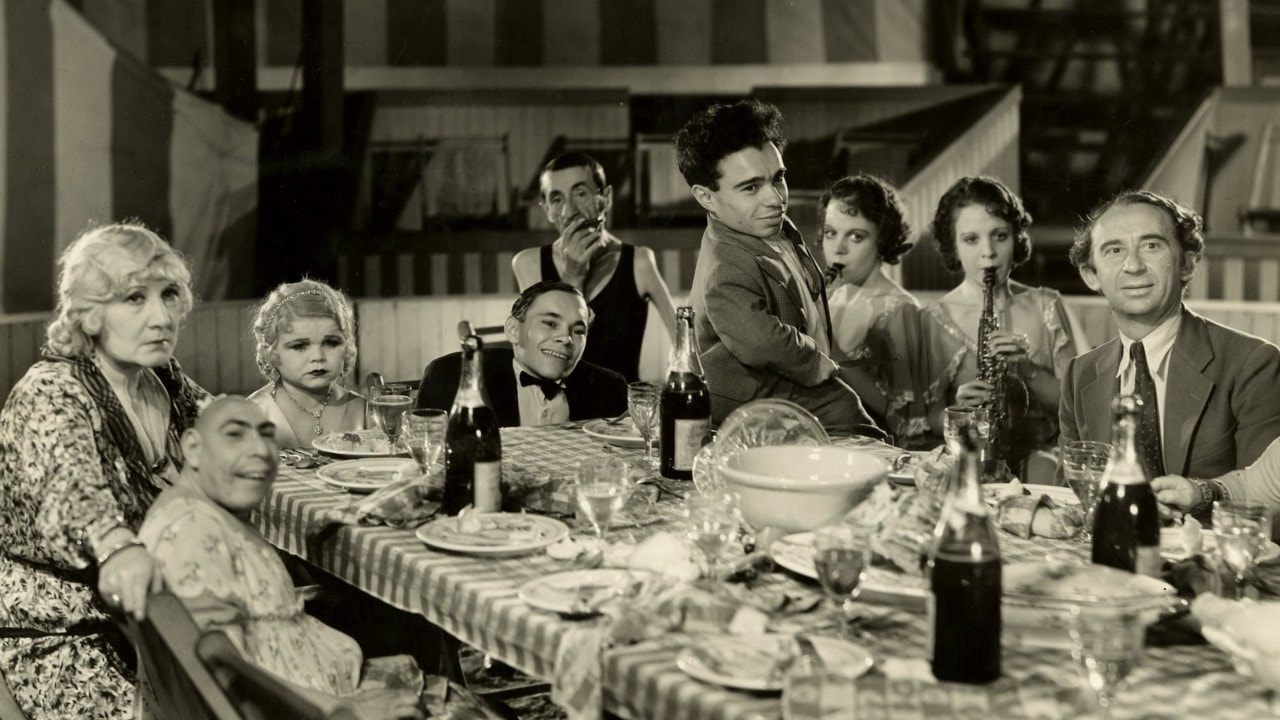 The logic of eugenics and othering individuals different from what society views as "normal" has been a longtime flaw within societies leading to unjust pain and suffering. Treating individuals in inhumane ways with no regard given to their characters or souls, this evil is one story analyzed throughout the history of cinema with one of the first key projects to do this being Tod Browning's Freaks. Freaks opens on a group of spectators at a circus looking down onto a woman who was once seen as beautiful but now has found herself a spectacle at the circus. This woman is named Cleopatra (Olga Baclanova) and the film flashes back to her time working as a trapeze artist. She seduces a little person named Hans (Harry Earles). Rather than an interest of love, Cleopatra sees this as a chance to kill Hans and get his wealth.

On paper, the concept of Freaks is terrifying considering the stereotypes and ideas of society at the time. To create a horror film using people with disabilities is such an easy avenue for problematic and truly evil representation yet Freaks is shockingly strong when it comes to its showcase of these individuals. Rather than portraying them as something strange and abnormal, the film shows them as human. Emotions of love and community are given to these characters with a needed empathy. The love felt between Hans and his fiancée Frieda (Daisy Earles) is handled with maturity and their banter builds a strong romance between them. It isn't dumbed down or played for comedy, it is played like just any other romance on screen which speaks volumes to the boldness of the film. So many other projects would fail to have the nerve to give these individuals this level of basic respect and while it is sad that even for a film this progressive the cast faced plenty of on-set discrimination, to see the final project be so open towards its argument for empathy of these individuals adds a certain level of importance to the project.

Rather than the antagonist coming from one of these individuals, the antagonist comes from someone trying to exploit and hurt them. Olga Baclanova is devilish as Cleopatra and her slow infiltration of Hans's life is perfectly calculated. While some might question the morals of the film's climax with the film showing the "freaks" through the lens of being aggressive and somewhat cruel, it is clear that the film stands in opposition to Cleopatra and doesn't hold much sympathy for her fate. While the social ramifications of this ending still hold the potential for a negative side effect, it does feel all around well handled and gives the film its true lasting effect of horror, something rather sparse for the overall feature.

The technical side of Freaks is rather strong with the cinematography and editing by Merritt B. Gerstad and Basil Wrangell working well together to create mood and atmosphere. Both in moments of lightness and darkness, Freaks feels infectious when it comes to emotion and tone. It is impossible to not get sucked into celebrations of birth only to then be torn down in a moment of sadness. This empathetic filmmaking is quite impressive and only furthers the film's success. The one area that can feel a bit frustrating is how much of the film is dedicated to building these vibes. For only being 64-minutes long, Freaks is a film that undeniably has quite a bit of filler which is sad because its plot could definitely be fleshed out a bit more. There is more story to tell in the relationship between Hans and Frieda. There is more development one can give to Cleopatra. There is more tension that can be drawn out of the climax. A simple restructuring could make the film flow and move much better than it actively does, yet dealing with an incredible amount of censorship and studio interference, it isn't shocking that the final product carries these issues.

While Freaks might not be perfect, its respect and empathy for such a marginalized group so early on is absolutely worth noting. While there still is some clunkiness, this is a film that gives a humanity to these individuals and crafts a worthwhile story to go along with its message. The performances and filmmaking go a long way in the film's effectiveness and while the film might not be a full masterpiece, it is a little gem of 1930s cinema that deserves to be seen and remembered.