the end of the world

as we know it: 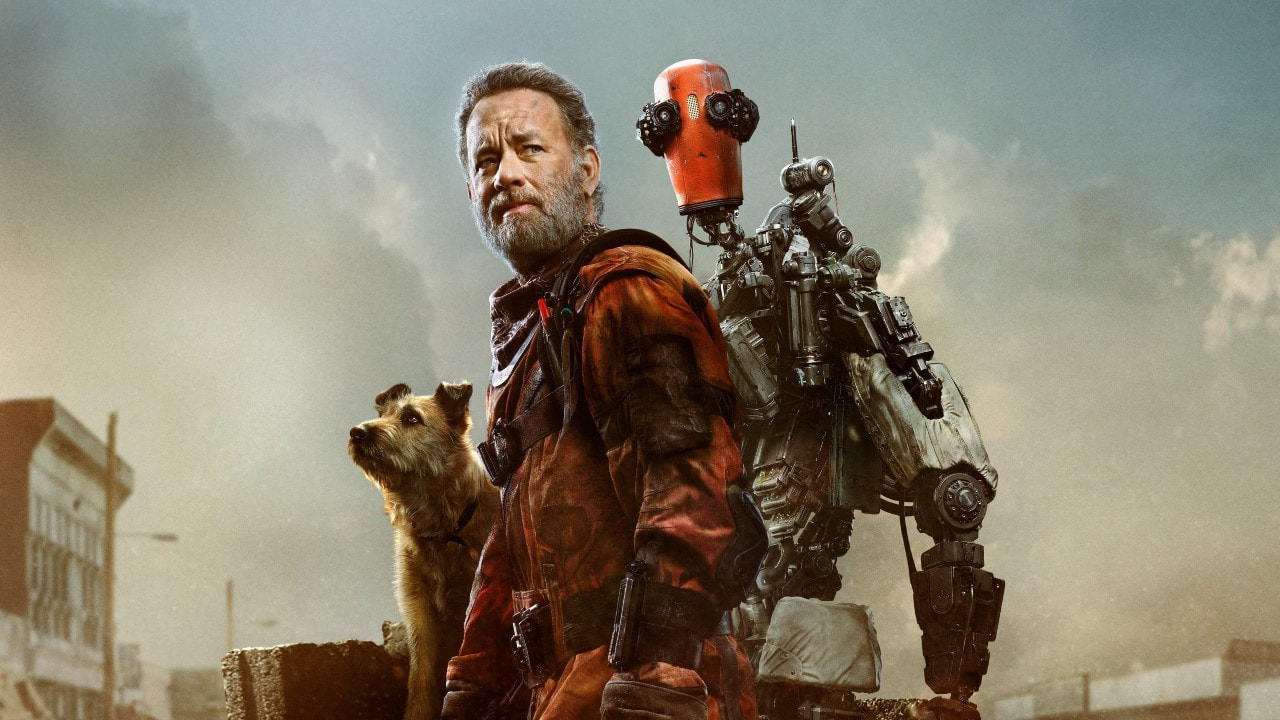 When looking at the COVID-19 pandemic, it is hard to see many films facing the same metamorphosis as Finch did. Originally scheduled for a theatrical exclusive release under the name BIOS, Finch eventually found a new home with Apple TV+ after multiple other delays. Telling the story of a man named Finch (Tom Hanks) who travels to San Francisco during an apocalypse with his dog and an android named Jeff (Caleb Landry Jones) while also coming from director Miguel Sapochnik whose only other feature project was the lackluster 2010 Repo Men, Finch didn't have a ton of paper going for it but ends up as one of the biggest surprises of the year truly feeling like a great dystopian drama and character study.

Acting largely as a one-man show, Finch is another reminder of the sheer power and skill that Tom Hanks holds. Taking the concept of fatherhood which is close to Hank's heart and showing the struggles of it, Finch becomes an incredibly moving feature that sees both Finch and humanity put under a microscope for examination. Finch has to simultaneously come to terms with his humanity as an illness breaks him down while also setting up a path for the future and preparing Jeff to take on life. It is a rather delicate and complex focus that the film chooses to have but both Hanks and the filmmakers behind the camera are able to craft a strong portrayal of this that feels clean and effective. It also helps that the voice-over performance from Caleb Landry Jones is so charming and personable. It is impossible not to be entertained and feel for him as his relationship with Hanks grows and the two actors have an incredible amount of chemistry which is impressive considering one on screen is made out of CGI. Their back and forth as Finch teaches Jeff how to drive, the morals of looting, and so on feel incredibly charming even if they are a bit paint by numbers for this type of story.

The visual effects of Finch are also a key player here. Whenever a main character is going to be composed out of visual effects, a dangerous game is played. If the visual effects and character design is not of a very high level, things will look off and any emotional beats experienced with that character will suffer as a result. Luckily for Finch, the visual effects here are incredibly strong and effective. Jeff the perfect dumb expression to make the audience fall in love with him while also being able to portray emotion and conviction. The world looks believable even if far from revolutionary.

While these elements build a rather strong dystopian drama, it is the emotional depths in which Finch finds that really elevate the project. Specifically as Hanks begins to accept that death is around the corner, his dialogue turns deep with genuinely poignant outlooks on life and downright heartbreaking moments of emotion being felt. There is an authenticity and weight to Hanks that has been seen throughout his career and while every project might not be a perfect fit, there are cases where the stars align just right and for even a single scene one can see the masterful soul of Hanks as a performer. This is seen within Finch's third act that feels memorable and haunting in the best of ways.

So many films within the genre will end up feeling hollow but Finch stands tall as a film with a purpose and soul. There is not just a charming personality to the film but a deeper more poignant foundation of humanity and fatherhood. Finch is an incredibly rewarding watch and deserves to be seen.