The weight of distance: 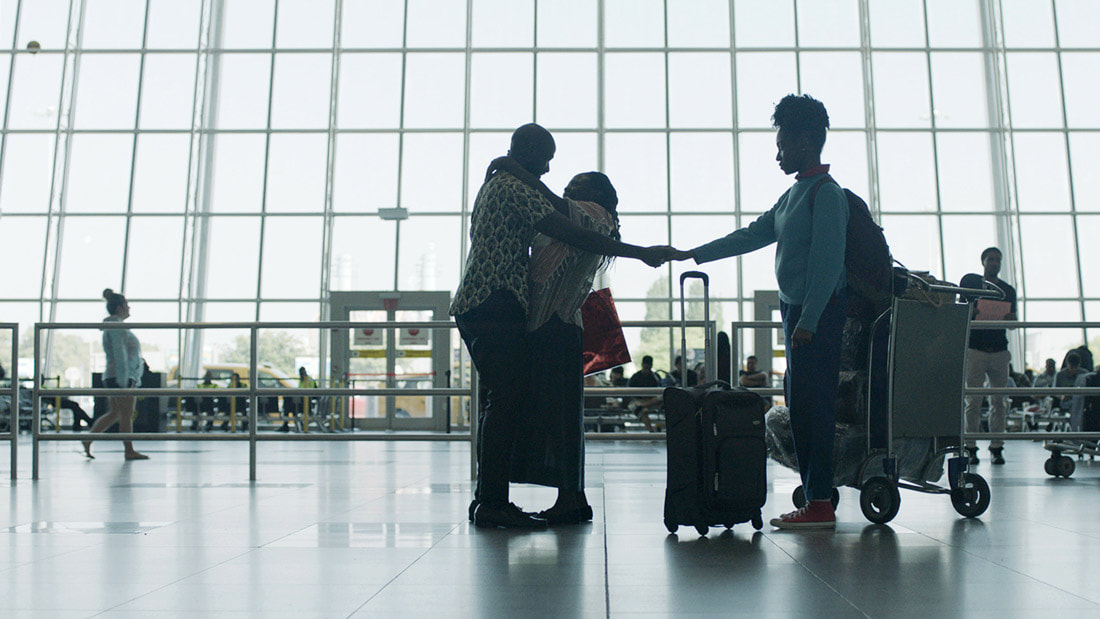 Distance can do a lot to individuals and families. As the world keeps turning, individuals that were once close can develop drastically different personalities and concerns with them seeming like completely different people when they reunite. This is the case within Ekwa Msangi's feature directorial debut Farewell Amor. Following an immigrant family who finally reunites in the United States after a 17-year separation only to discover that their love and connections have become more complicated and dysfunctional than ever before, Farewell Amor crafts a haunting and moving look at the family unit and how complex it can become due to outside forces.

For a directorial debut, Msangi brings an incredible amount of confidence and control to the feature both as the director and screenwriter. Rather than a traditional narrative, Farewell Amor divides its 95-minute runtime into three sections giving each of the main characters the platform to share their perspectives on the same few days. This opens the door for the narrative to switch from being an objective view of these events to a subjective encounter with the tone of each event changing from each perspective. This choice is bold but pays off massively with the film capturing the minds of its characters to a much deeper degree than normal features. Whether anger, sadness, joy, or some combination of the three; Farewell Amor thrives in its display of emotions and truly puts the audience into the heads of its characters. This not only gives the unique layout a legitimate purpose but it also elevates the choice especially as the film is flawlessly paced with a clear direction and focus.

Where Farewell Amor at first seems like an exploration of dysfunction, the deeper one analyzes the film it becomes clear that more than anything Farewell Amor is an exploration of forced adaptation. The dysfunction that plagues the reunited family comes from a forced adaptation due to the absence of each other. The film is careful not to cast judgment as it slowly and naturally lets these adaptations come to life no matter how toxic or morally corrupt some of these adaptations truly are. No character within Farewell Amor is flawless or easy to judge with skeletons in each of their closets. Each character is complex and layered in a sense that reflects the equally complex reality of humans.

This is further brought to life by the performances throughout the film. Ntare Guma Mbaho Mwine, Zainab Jah, and Jayme Lawson are given incredibly complex roles as they have to not only have to craft their own perspectives but be in service to each-others. Each relationship is picked apart and analyzed from multiple perspectives leading to performances that naturally have to carry a complexion themselves but each actor rises to the challenge and succeeds. Jayme Lawson especially impresses not just being possibly the most captivating performance but also doing so in what serves as her debut feature role.

If there was one place where it felt like the film was lacking it was in it's lack of an emotional catharsis. Where the subtle approach to storytelling is overall appreciated, Farewell Amor easily is a film that could have benefited from a bigger emotional conclusion that finally had the characters directly exposes and comes to terms with the dysfunction they are facing. The film doesn't reach a scene that lives up to this opportunity fully leading to a viewing experience that despite being thematically rich, ultimately feels lacking of a proper thematic conclusion.

Regardless, Farewell Amor is a film of confidence and craft that greatly impresses. This is an incredibly strong showcase for everyone involved and proves that there are yet even more unique and diverse voices that deserve to be heard and appreciated. For those who didn't get the chance to see the film at a film festival, Farewell Amor is absolutely a film that should be sought out when it has a wider release and Ekwa Msangi immediately becomes a filmmaker to watch as it seems like he has all the tools which will eventually lead to a complete masterpiece.