because I loved you: 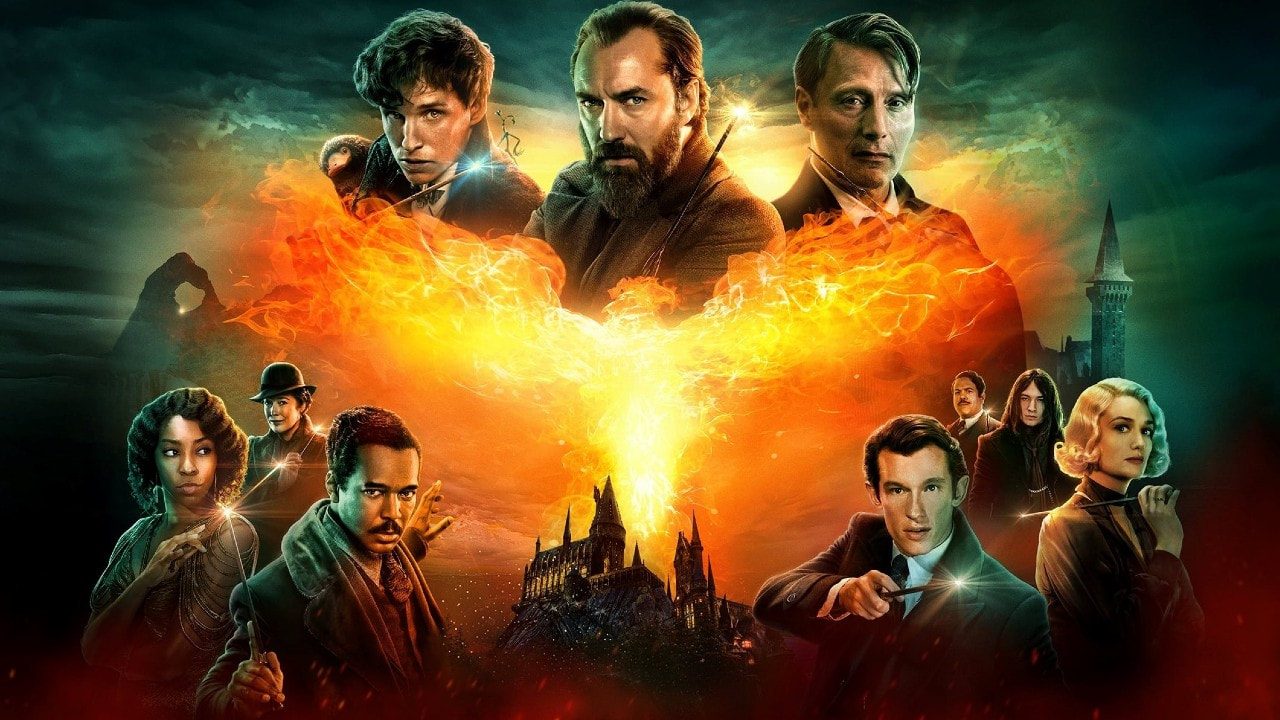 ​Fantastic Beasts: The Secrets of Dumbledore (2022)

In terms of ambition, many cinematic universes have bitten off far more than they could chew and many assumed this to be the fate when the Wizarding World promised to expand with a 5-film Fantastic Beasts saga, chronicling the battles between Gellert Grindelwald and Albus Dumbledore. Even as controversy and negative reception surrounded the series, director David Yates and crew pushed on and finally, the series continues with Fantastic Beasts: The Secrets of Dumbledore. Seeing both Grindelwald (recast as Mads Mikkelsen) and Dumbledore (Jude Law) vie for control over the other without being able to land a strike against each other due to a blood pact made during their youthful romance, Fantastic Beasts: The Secrets of Dumbledore might be the best film of the series so far but still fails to find nearly any of the magic that defined the original Harry Potter series.

From the opening scene, Fantastic Beasts: The Secrets of Dumbledore makes it clear that it is easily going to be the most passionate and emotional film of the series so far. Focusing much of the more humanistic emotions shared between Grindelwald and Dumbledore whose ideologies have made each other enemies despite a deeper love they share for one another, the film works best when it is Jude Law and Mads Mikkelsen directly interacting and creating a story filled with empathy and love. While Jude Law has been a brighter spot in the previous films, it is clear that he is able to shine more than ever here with his character getting much more of a commanding role and much more substance to chew on. This relationship is also undeniably helped in this edition due to the casting of Mads Mikkelsen. While the morals of firing Johnny Depp remain a debate too large for this review to tackle, it is undeniable that his interpretation of Grindelwald had its flaws. More concerned with having an enigmatic persona and cool aesthetic, it reads as impossible that Depp could have had the same weight as Mikkelsen throughout the feature.

The only other part of the film that feels even close to being as effective as this relationship is that of Dan Fogler. Reprising his role as New York No-Maj baker Jacob Kowalski, Fogler finds an untouchable level of comedy throughout the film that easily is the best comedy this series has ever seen. Somewhat washed up after losing his love in the last film, Kowalski carries an uninterested yet charismatic attitude that slowly gets stripped away revealing his old bright self as the adventure continues. Whether it is due to the writing given to him or the performance given by Fogler, every scene featuring him is spectacularly hilarious and provides a level of enjoyment not found in many other places within the films' 142-minute runtime. The comedy especially feels incredibly weak outside of Fogler with the film choosing to have extended scenes of goofiness like Newt Scamander (Eddie Redmayne) dancing with crabs that feel incredibly lackluster.

When it comes to a lack of enjoyment within the feature, it doesn't help that the sensation of magic is still nearly completely gone. For whatever reason, everything this series touches when it comes to magic feels predictable and simple. CGI brings to life uninspired ideas that simply feel dull. Due to both a mixture of practical effects and creative ideas, the original Harry Potter franchise truly felt magical. It felt like a world never seen before being shown on the big screen and like it was taking the audience for a ride. The Fantastic Beasts films feel equally uninterested and burdened by magic with the highlights being teleporting through a bell and posters changing what they are saying. It is simply lifeless.

The same can be said about most of the ensemble. While there are undeniable highlights, it never feels like there is a camaraderie or attitude between any of these characters minus that of Grindelwald and Dumbledore. While there are some moments, it feels like the darker tone these films have taken on is simply mismanaged and is the completely wrong ideal for a Wizarding World film to take. Being made for a family audience, it isn't like there can ever be a real venom and it isn't like the threats are ever really that scary or interesting. Ironically enough, one of the best parts of the film is when they return to Hogwarts and immediately the film is forced to play into the brighter and more youthful iconography and energy of that location.

When it boils down to the substance of the film, it also feels incredibly average. A tale of polarizing false leaders using tricks to steal power is nothing new, and the idea of seeing Grindelwald turn into a Trump metaphor is rather uninteresting at this point in cinematic social commentary. With WWII quickly approaching in the timeline, the idea of blending real-world tragedy and fantastical politics is all the scarier when one sees J. K. Rowling writing the script. Once again, the lack of a true conclusion feels frustrating and the sheer idea that it might be nearly 5-hours of content until we finally get the Dumbledore and Grindelwald showdown is genuinely terrifying. The story doesn't have enough substance to truly justify drawing it out this much and the world is far from being fun enough to cause the audience to overlook this. The worst thing a franchise can become part way through is tedious, and this series is dangerously close to becoming that.

While Fantastic Beasts: The Secrets of Dumbledore might be an overall step in the right direction and prove to be the best Fantastic Beasts film to date, there is still plenty to feel disappointed by. Outside of the scattered relationship at the center of the film, the feature simply is boring and lifeless. Whatever magic that once existed in this world is clearly gone, and one can only hope it can be found again before it is too late.