the power of music: 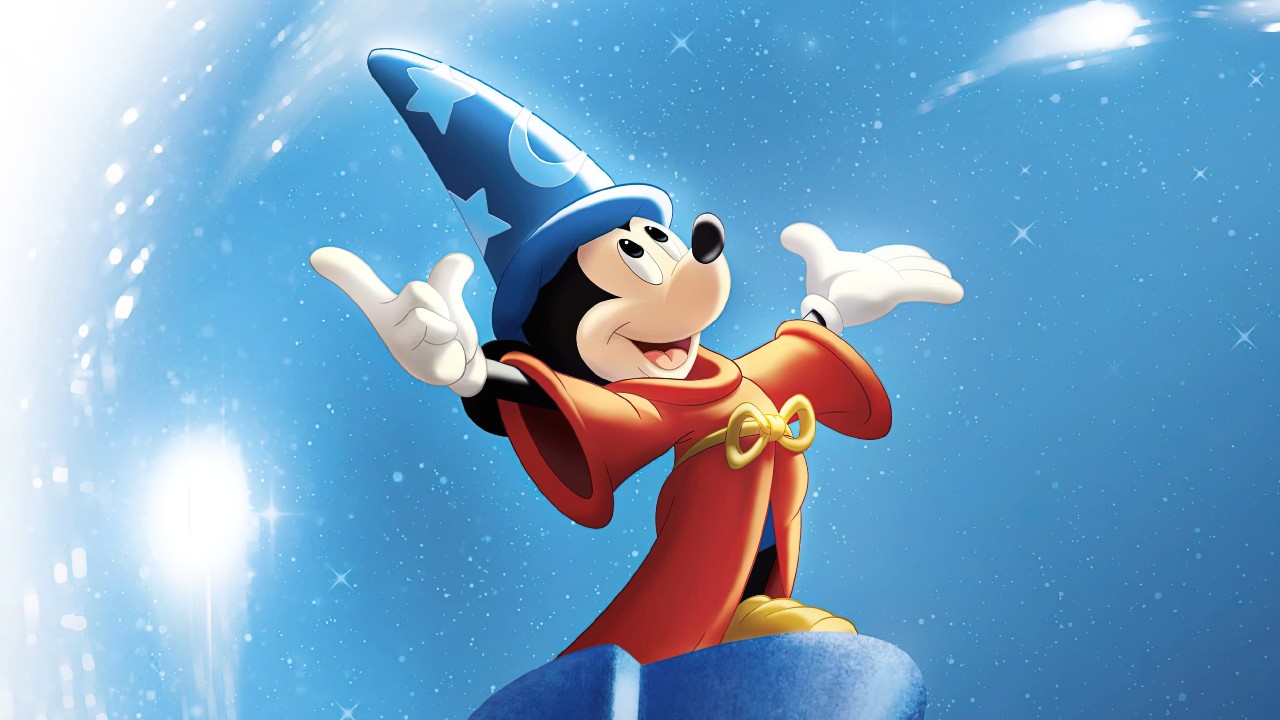 One of the most magical elements of early cinema is the imagination that often is on display from creators who are defining the very medium they belong to. Without an established set of rules or expectations for the art form, cinema was allowed to experiment more than ever before. The same applied to the world of animation which Walt Disney Productions became a leading voice in. The idea of presenting animation alongside a clear narrative direction was one being tested early on with Disney's Silly Symphonies series. These short-form animated expressions would ultimately paint the way for 1940's Fantasia. An expansion of a planned new entry into the Silly Symphonies series, Fantasia takes a series of classical music pieces, mostly performed by the Philadelphia Orchestra, and allows animators to paint diverse and unique visuals to go alongside the music with small live-action introductions given by Deems Taylor. Highly experimental and unique, Fantasia is a project that is impossible to not respect even if the actual viewing experience is at times lacking.

The biggest strength of Fantasia is the imagination and freedom at display from the animators behind the project. Whether abstract or more narratively driven, every single one of the film's 8 unique segments is memorable and engaging. With such diversity, it is nearly impossible to imagine that there will be an audience member who cannot connect to and enjoy at least a single one of these segments. It is at times magical to see how these artists will interpret these pieces into the animation medium which speaks to the previously discussed imagination found within the early world of animation. It is clear that both the individual animators and the larger studio were open to trying new things without fear for what would stick and what would fail. While The Sorcerer's Apprentice is undeniably the most iconic of these short segments, other memorable highlights that deserve attention include The Nutcracker Suite, Rite of Spring, and Night on Bald Mountain.

These animated segments are wonderfully complemented by the live action segments which are inspired in their own right. The real life orchestra is presented with the utmost artistic flair with crafted lighting and colors providing silhouettes of the band. This carries the same artistic inspiration as the animated segments while also carrying a unique gravitas to the role and power of the bodies behind the notes being played. This is also helped by the presence of Deems Taylor who might just be the MVP of the entire production. Holding himself in a similar position as Fred Rogers in Mister Rogers' Neighborhood, Taylor is the guide for the audience throughout the project and works remarkably well. Taylor is approachable and earnest while also carrying a weight and presence that is undeniable. His screen persona is flawless and the fact that he didn't do more work in front of a camera is a real shame.

All these elements create a feature that is impossible to not respect. This does not, however, negate the flaws of the film as a viewing experience. While the individual shorts are wonderful, put together into a 124-minute package does cause the project to begin to drag. Without a stronger narrative tie, the film is simply too hollow to fully justify this runtime. These shorts end up carrying little weight to really hook the audience and the final viewing experience struggles as a result. Had this been a series of shorts viewed individually or had there been some larger connective tissue, it is entirely plausible that the film would have come together to a greater level but as is, it is hard to say the film is fully successful even if the individual puzzle pieces do stand on their own. As a result, it is almost frustrating how the film ends up deserving its individual elements. While it still can be appreciated that Disney decided to try something bold and home media has provided the opportunity to appreciate the individual elements of Fantasia in a more effective way, one cannot ignore the overall flaws of the project as it stands as a feature.

Fantasia ends up as a film easier to respect than truly enjoy. While the individual elements are rather fantastic, the final feature as a whole is simply ineffective when it comes to showcasing the talents involved. While it is easy to imagine revisiting and appreciating pieces of Fantasia individually, it is hard to imagine running the entire feature back as presented or viewing that pathway as one towards great success.
Become a Patron!